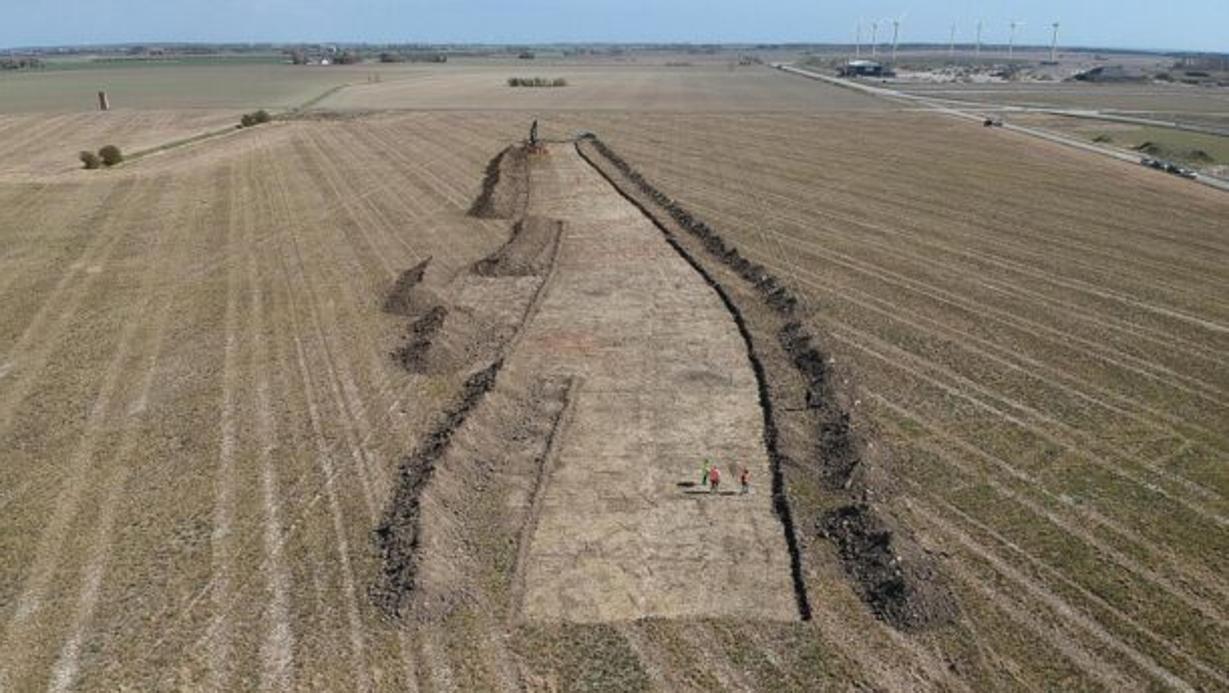 Archaeologists from the Lolland-Falster Museum have discovered a gigantic Roman Iron Age defensive structure near the Danish city of Rødbyhavn. Of 770 meters in length, the specialists think that it could be double and reach 1,400 meters.

Located about 800 meters from the coast and between two impenetrable wetlands, specialists think that this so-called belt was built sometime between the 1st and 4th centuries AD. C. to protect themselves from enemy armies.

The structure involved the excavation of long rows of holes in the ground. “At least 10,000 of them were holding sharp poles to deter invaders,” Bjørnar Måge, an archaeologist at the Lolland-Falster Museum, told The Copenhagen Post.

The specialist has come to describe the structure, similar to others that have been found in the past in Jutland, as the “minefield of antiquity” and has compared the poles with the “lilies of Caesar”, some large sharp stakes of iron that they sank in the ground, a technique that Caesar himself used successfully during his campaigns against the Gauls.

Although they have not been able to establish an exact date, archaeologists establish that it was built during the Roman Iron Age, a period that covers the first four centuries of the first millennium of our era.

In Hoby, near where the structure is located, they have also found the grave of a wealthy person who belongs to that historical stage, but have not yet been able to link the two.

According to Heritage Daily, the Roman Iron Age comprises the dominance that the Roman Empire had begun to exercise over the Germanic tribes of northern Europe in Denmark, Norway, and Scandinavia-

During this period, there was an influx of trade between the northern tribes and the Roman Empire, with the importation of various items such as ships, bronze pieces, glassware, and weapons.

In the 5-6 centuries, the Roman Empire was sacked by the Germanic tribes, ending the Roman Iron Age and the beginning of the Germanic Iron Age (also called the Vendel Age or Merovinger Age). .