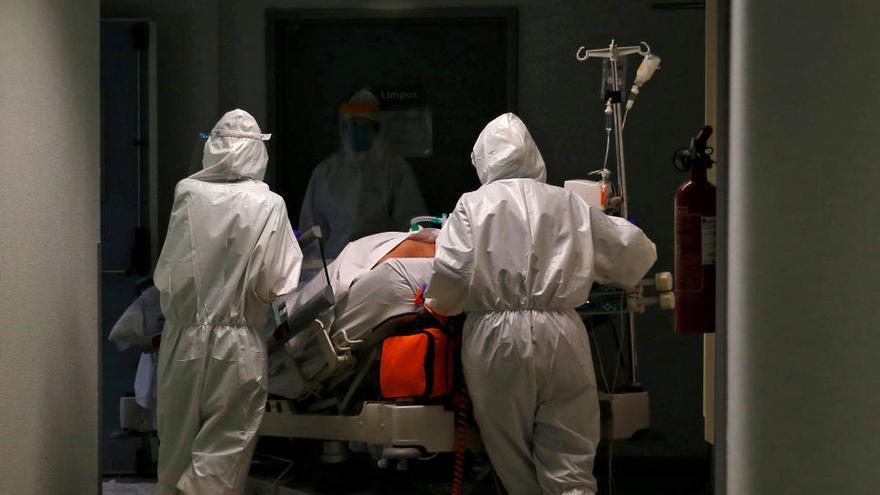 Health care for a Covid-19 patient in Portugal.
Reuters

A 92-year-old man from Santa Maria da Feira, in the north of Portugal, he was presumed dead from covid-19 in a hospital and buried by his family, who 20 days later were informed that there had been an error and he was finally alive.

The event was reported today by the Portuguese newspaper Jornal de Notícias, which states that the man was admitted two months ago to the Oliveira de Azeméis Hospital due to respiratory problems and during his hospitalization he caught covid-19.

On January 10, the family was informed that the old man had passed away and two days later the funeral was held, although they were not allowed to see the body due to coronavirus protocols.

This Saturday, 20 days after they were informed of his death, the hospital contacted the family to inform them that there had been an error and that the old man was alive.

“I know that right now the doctors have a lot of work, but I hope that this event will serve to provide more care in the future, “said the elder’s son in statements to Jornal de Notícias.

The buried body belongs to another person who died in the hospital and his family has already been contacted.

Portuguese hospitals are these days overwhelmed by the third wave of covid-19, that placed the country as a leader in infections and deaths per million inhabitants.

To cope with hospital pressure, field hospitals have been set up in several cities and patients are being transferred from one center to another, even from the continent to the island of Madeira.