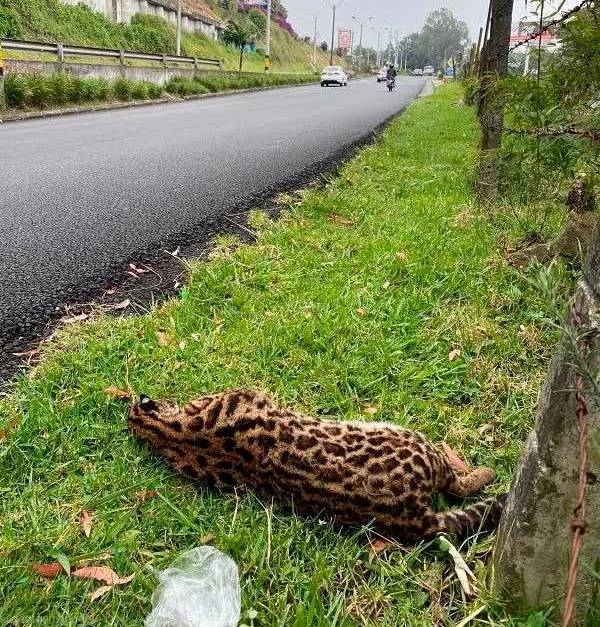 The authorities perform a necropsy on the mammal to confirm the reasons for its death.

A dead tigrillo was found this Tuesday on the Las Palmas road, at the height of the exit of the Transversal de la Montaña, Envigado jurisdiction.

The adult male was found by some cyclists who reported the news to emergency agencies. It is presumed that the feline died as a result of a run over.

The Ministry of the Environment through the Directorate of Animal Welfare carried out the accompaniment to evaluate the case with the support of the Metropolitan Area and Corantioquia, an environmental authority that has the body of the species in custody to determine in collaboration with the Uniremington Veterinary Forensic Unit , the specialized assessment of the cause and manner of death, assured from the Mayor of Envigado.

Ana Ligia Mora, director of Corantioquia, called on the community to drive carefully on roads through protected forested areas, so that these unfortunate events against the fauna of the region do not continue to occur.

“We recently released a raccoon that had also been run over but in this case we had the opportunity to put him in rehabilitation. Just like today, there are many other cases of wildlife running over on our roads., which are irreparable losses for ecosystems ”, added the director.

Mora also invited to take care of the ecosystems of the region, because these are home to several species that completely depend on the conditions of their environment.

“When wildlife comes down to town it is because something is happening with their ecosystems, that is to say that they are not finding the necessary conditions to live there”, He pointed out.

Nicolás Arenas, Envigado Secretary of the Environment, also regretted the fact. Arenas commented that unfortunately in the municipality there have been other cases of run over to other mammals such as opossumsTherefore, in said municipality, the creation of safe passages for the displacement of the fauna settled in its rural area is promoted.

Currently 67 overpasses and four underground ones (box culverts) are enabled. The goal for 2023 is to have 20 more steps. In addition, awareness campaigns are promoted with drivers to regulate their speed when they pass through protected areas.