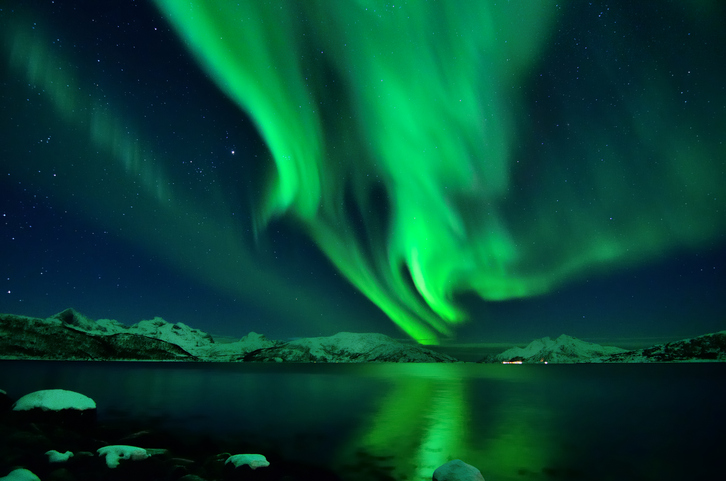 In the frozen darkness of the Nordic nights, a light show lights up the celestial vault when the Sun is not there. For millennia, the Northern Lights have awakened the mystical and scientific curiosity of human beings. Although they were known to be related to the Earth’s magnetic field, never before had it been possible to clearly decipher what it was. propels this natural phenomenon. Today, a team of physicists might have the answer.

What is the origin of the Northern Lights?

To investigate the origin of the northern lights, the team of scientists in charge of conducting the study started on the basis that they are produced by particles carried by solar storms. Once impacted by solar radiation, they are accelerated by the Earth’s magnetic field lines towards the most boreal latitudes of the planet. From there, it rains in the upper atmosphere, generating paths of green lights in the middle of the night.

For the first time, however, physicists confirmed that the mechanism behind this dynamic is given by powerful electromagnetic waves, which accelerate electrons throughout the magnetic field. These conditions were replicated in a laboratory, according to the article published in Nature Communications, producing the same effect that can be seen on Nordic nights.

In accordance with Craig Kletzing, researcher at the University of Iowa, this type of experiment provides key measurements that confirm what was already known at a theoretical level: “[…]in fact, they explain an important way in which auroras are created ”. Those responsible, according to the results obtained in a controlled environment, are the waves of Alfvén.

We suggest: The first space hotel will open its doors in 2027, kicking off off-Earth tourism

It is not the first time that Alfvén waves have been talked about. On the contrary, they have been the subject of scientific study since the 1940s. They are known as “transverse waves in an electric fluid that propagate along the lines of the magnetic field,” according to Michael Starr of Science Alert. Today we know that they are the fundamental mechanism for the transport of energy that can, in addition, accelerate particles in the planet’s atmosphere.

This same effect is replicated in the northern lights at the highest latitudes on Earth. Although determining the role that these waves play in the acceleration of particles in the magnetic field terrestrial was a challenge, Kletzing’s team believes they have exact measurements that prove their hypothesis:

“This challenging experiment required the measurement of a very small population of electrons moving down the LAPD chamber at almost the same speed as Alfvén waves, which account for less than one in a thousand of the electrons in plasma.” UCLA physicist Troy Carter explained.

From the laboratory, the physicists observed that the Alfvén waves transferred energy to the electrons with a resonance with the waves. Seen differently, electrons they surfed above the waves of Alfvén continuously, until the wave ended its way. The process is known as Landau damping, which eliminates the instability of the particles.

At the level of what happens with the northern lights, the same phenomenon can be appreciated. Energy particles smoothly navigate the magnetic field from the earth. In this way, they generate impressive light displays on the sky.

6 natural destinations that seem like they came from another planet

Stad Ship Tunnel: this will be the first ship tunnel in the world that will go through a mountain