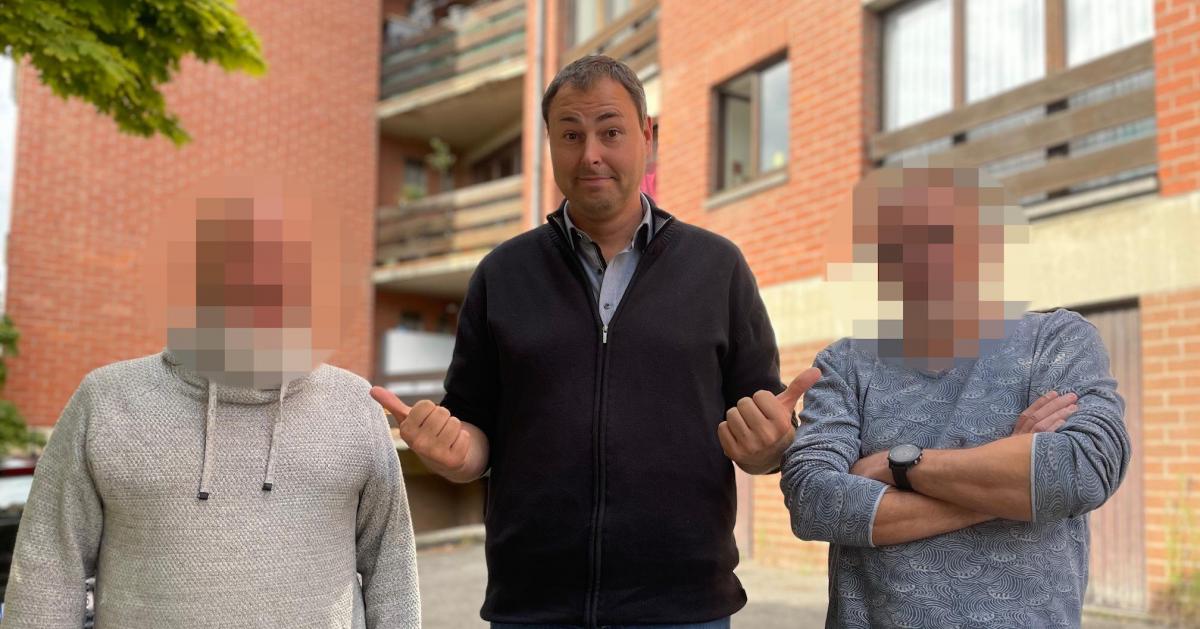 No, the gas crisis does not affect everyone. Sébastien and Javier had a good nose, they concluded a fixed contract a few months ago and they therefore pay their gas 15 times less than some.

Patrick and Javier both live in the outskirts of Brussels. They don’t know each other but they have two things in common: they pay almost nothing for gas and they don’t want to testify with their faces uncovered. Sébastien wants discretion, “because it’s indecent to say that we don’t care about the crisis” and Javier fears the fallout. “As for alimony, I don’t want my ex-wife to know that I’m doing well.”

Let’s start with Javier, whatever the outcome of the war in Ukraine, his tariff will not change until May 2023. “In May 2020, I had seen in the newspaper that the price of gas was low. The media said to renegotiate but no one really cared, I inquired just in case. I left Engie for Total Energie when the salesman told me that the gas was almost at the price of the social tariff. I signed for 3 years and got a rate of 1.6731 c€/kWh”. We can say that Javier pays almost nothing. By way of comparison, Luminus currently markets a fixed rate at 33 cents and the variable rates of the various operators cost between 11 and 15 cents.

My wife saw a Mediamarkt promo

A few minutes’ drive away, Sébastien welcomes us to his three-sided house. “I haven’t put the heating on yet but it won’t take long given the temperatures”. Sébastien is not as active a consumer as Javier and he recognizes this directly. “One day my wife was at Médiamarkt, at the entrance to the store, a Luminus sales representative offered to sign an energy contract in exchange for a 100 euro voucher in the store. We needed a new mobile phone, we didn’t hesitate”. It was in May 2021, chance has done things well since Sébastien and his wife have concluded a contract which protects them until June 2023. The couple pays approximately 2.6866 cents per kWh, a rate which is therefore 15 times cheaper than the average fare today.

These lucky ones have nothing to fear

In our Saturday edition, I told you about the strange phone call from Luminus who had tried to send me into the arms of a competitor to break my fixed contract. The operator had touted the low prices of Octa+ to me in hopes of seeing me off.

Despite more or less frank attempts to stop all fixed contracts, Javier and Sébastien have nothing to fear. Antoine Dumont of comparateur-energie.be confirms this to us, “energy suppliers have no obligation to offer fixed contracts but when they do they do not have the right to break the contract. They have to go all the way if it’s a fixed term contract. And when it’s an open-ended contract, the operator must notify you of any changes two months in advance”.

For those who dream of spending the winter in peace by paying the minimum, too late. Contracts like Javier and Sébastien are no longer found. “In the good years, Mega offered a 5-year fixed rate, Total Energie and Mega offered 3-year contracts. Today the only landline still available is at Luminus but it will disappear at the end of the month. All that remains is variable with a price that generally changes every quarter”.

CVS and Walmart agree to pay West Virginia $147.5 million for its role in the opioid crisis