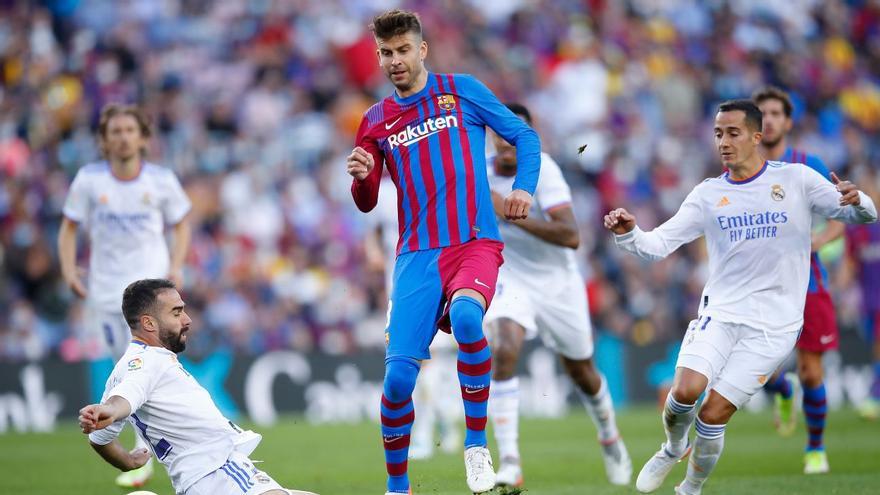 Imaginary exercise: Manuel, a Villarreal footballer who earns five million euros gross per season, receives an offer from Atlético de Madrid for the same figure. Will he really charge the same as now? No, he will not. If Manuel decided to accept the contract proposed by the Madrid club, he would earn around 350,000 euros more by season. And in order for him to be economically compensated for staying at Villarreal, the Castellón team should put on the table an offer close to the six million euros.

The example, drawn with a thick line, serves to show the differences in taxation of top-level footballers in Spain, depending on the club for which they play and, therefore, on the autonomous community in which they have their tax residence established, given the different contribution brackets set by the regional governments. Or, in the case of Basque Country Y Navarra, of which they establish their own Provincial Treasury.

A situation that, of course, affects all citizens of Spain. But while for ordinary mortals it can make a difference in their Income Tax return of about hundreds of euros At most, for people with stratospheric remunerations such as elite soccer players, the margin between playing for one team or another with the same gross salary can raise the difference up to a million euros in taxes in some cases.

In Spain, the applicable personal income tax rates vary in each autonomous community. The State sets common rates for all Spanish taxpayers (except Basques and Navarrese) that are applied to the taxable base and that represent 50% of the tax burden. Amount that increases for the 2021 Income, since the Government of Pedro Sánchez has created a tranche of 24.5% for income over 300,000 euros, while until now the maximum was 22.5% from 60,000 euros.

The other 50% is set by each regional government, with severe differences between them. The Valencian Community has climbed its highest section this year up to 29.5% (54% in total), while the Community of Madrid maintains it in 21% (45.5% in total). They are the two most disparate communities, on a scale in which a significant trend can be seen: those governed by the PSOE tend to have higher maximum rates than those governed by the PP.

In the case of Navarra, Bizkaia, Álava and Gipuzkoa, each of their Haciendas has complete autonomy to set the rates they deem appropriate, although the three Basque companies have tax harmonization mechanisms that mean that, broadly speaking, the rates are the same.

Does that mean that footballers pay more depending on where they live? Not quite. “Younger players or players with a lower profile negotiate their contracts raw, but when they acquire a certain cache, especially when they start to have a market in foreign leagues, They demand to negotiate their salary in net. This ensures greater ease when comparing potential offers and above all they become immune to possible tax changes that occur. Because the tax charges are borne by the club, they go up, down or remain the same,” explains a former manager of a club in the upper-middle zone of the First Division.

Going back to the Madrid-Valencian comparison, and in very large numbers, a salary of five million net would cost Real Madrid or Atlético around nine million euros, while Valencia or Villarreal would be paid close to 11 million.

Although, again, not everything is so simple and a complex concept comes into play here: image rights. Income from this section is currently taxed at a maximum of 26% and they have always done it at lower rates, a way that caused many soccer players (as well as other athletes and artists) in the 80s and 90s to collect almost all of their real salary as if they were image rights. In 1996, having verified the abuse of this figure that generated significant income losses for the State, the regulation known as 85/15 was established, which allowed image rights to suppose, maximum 15% of the total income of the taxpayer in question.

“To do this, historically, a triangular relationship is created: the footballer creates a company for the exploitation of his image rights and his club, apart from the player’s salary, agrees on a remuneration with that company, which pays 15% for the Corporation Tax From there they paid the footballer through dividends, which are taxed as savings, currently at a maximum rate of 26%. In short, less taxes are paid and many times taxation is deferred, because the player can collect those dividends when he retires and has a lower tax burden”, explains Paula Urcera, responsible for the tax department of TaxDown, mobile application to make the income statement.

In short, footballers can declare at the general tax rates only 85% of your earnings, although they have to demonstrate that the company created to manage their image rights has real activity and is not simply a front or shell company created to evade taxes. The Treasury also requires that these companies be based in Spain, which has generated numerous judicial conflicts with soccer players in recent years.

Another brake on the underquotation of soccer players, in this case those from foreign countries, occurred with their exclusion from what is known as beckham law. “It is a regulation that was created in 2003, at the time when Beckham signed for Real Madrid, to attract foreign talent to Spain. It consists of any person who comes to Spain to do work as an employee and has not been tax resident in the last 10 years, can pay taxes for six years at a fixed rate of 24%Urcera explains.

Said regulation was restricted for soccer players in 2010, allowing that 24% to only be applied on the first 600,000 euros, taxing the rest at double the corresponding state bracket. Finally, in 2015, athletes were definitively excluded from said law, starting to pay taxes like any other citizen. The impact of this measure, given that this type of footballers do agree to their contracts in net, was directly for the clubs.

How much does Pique cost?

Although the rules are clear, it is not at all easy to calculate the gross salary of a soccer player or the taxes they pay for their activity. Not even starting from reliable data like the one Gerard Piqué shared a few days ago with all his followers on Twitter.

The central defender of FC Barcelona published in this social network “50% of his payroll”, an income in his bank account of 2.328.884,39 euros. Therefore, it follows that 100% of its net payroll is 4.6 million euros. However, in addition to those two large annual payments, players usually get paid a monthly amount that is not very high compared to their real salary (“they can be a few 3.000-5.000 euros, at levels like Piqué’s, perhaps a little more,” explains another former First Division manager).

Characters like this charging for public television to defend their friends. Here are 50% of my payroll earned on December 30th. Respect yourself a little. https://t.co/luHsMMqJD8 pic.twitter.com/l4IAtqvexU

Let us imagine, as a mere hypothesis, that Piqué’s net salary reaches €4.7 million. Given that in Catalonia the maximum tax bracket is 50%, the Barça player’s gross salary would be 9.4 million euros, to which would have to be added the income he receives from image rights… if receives them. The simplified calculation marks that it could charge around 830,000 clean euros for that amount, which would be around 1.1 million gross.

The sum of all these concepts would lead to the conclusion, merely estimated, that Barcelona is paying this year around €11 million for having the services of Piqué, of which around five would go to the public coffers. But it is only an estimate. The certainty is that Real Madrid or Celta would be cheaper to pay and Valencia or Osasuna more expensive.

The sound life of Caxias do Sul, Brazil

CAN 2022: “Nigeria and Gabon will be favorites”