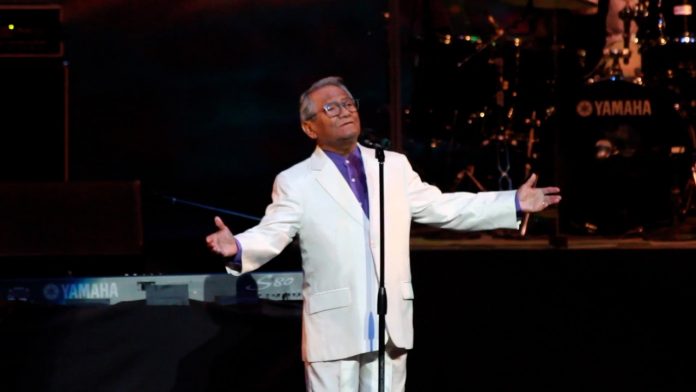 Days before Armando Manzanero’s death, the musician produced an album for Rodrigo de la Cadena, who decided to share in a special video some of the last moments that the interpreter lived with his work team and some friends.

Cadena published how his last interaction with Manzanero was, just hours before his health began to deteriorate due to the effects of Covid-19 on his body.

“I was blessed. I am privileged to have shared his last meal where he chatted until 7:00 pm. The next day he called me to record several unpublished songs of his in the studio, which was rejected by various artists, such as Julio Iglesias or record labels. I had the pleasure of recording this with him ”, he shared in an interview with Venga la Alegría.

“In the study he started coughing and feeling very bad. Fortunately it did not infect us, he had been sick for days, already with symptoms. He said ‘I’m fine, I don’t have anything, I’m not going to see doctors’, he didn’t even tell us. But that day he tells us ‘I feel bad’ and that was the first time I heard the teacher say that he felt bad ”, added the artist.

Two hours after Manzanero confessed that he was not feeling well, his wife informed Cadena that the composer of more than 400 musical themes was hospitalized because his oxygenation was at 60 saturation. He also pointed out that he tested positive for covid-19, so everyone who was in contact with him had to take the test.

See Also:  Laschet vs. Söder: The result of this duel is already invalid

The video published by Cadena in YouTube It contains the latest images of Armando Manzanero while he was at the studio console.

In the images Manzanero is seen in the recording booth, enjoying the melody sung by the singer.