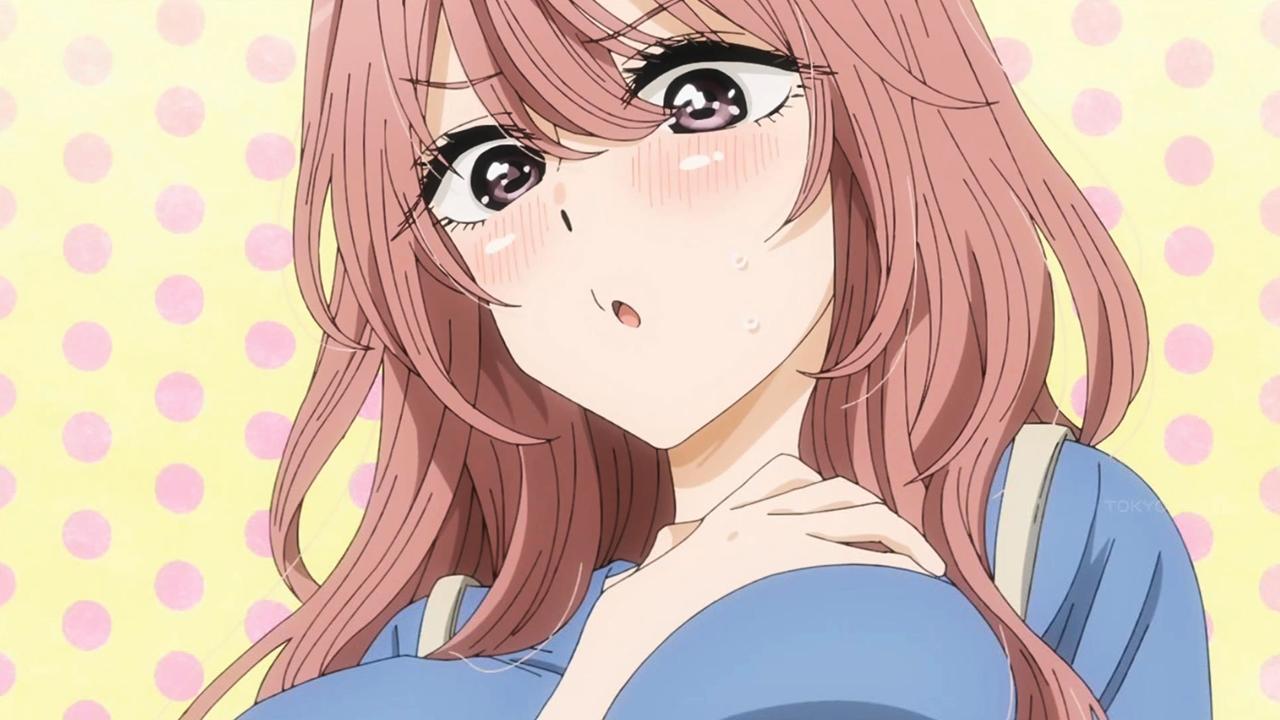 The popular Twitter user “Hikari Okiraku (@hikari_okiraku)“, which publishes daily measurements of the chests of manga, anime and video game characters based on horizontal planes, published a new update re-measuring the character’s breasts Shinju Inui from the anime adaptation of Sono Bisque Doll wa Koi wo Suru (My Dress-Up Darling).

It turns out that the character made the measurements based on new stills from the series’ ninth episode, which showed her semi-naked breasts and “in a truer perspective” than that shown in the first measurement. By the way, in this first measurement it turned out that the estimated cup was 91.8 cm, with a band of 74 cm, so it was considered a “Cup D”. What will result in this second measurement?

«Daily Breast Measurements, No. 299: Shinju Inui from “Sono Bisque Doll wa Koi wo Suru (My Dress-Up Darling)”, revised version. The Shinju cosplay episode aired after the previous measurement was unbelievably large in comparison, so we re-measured. It’s still a great result. Is she really a high school student?» the user wrote.

Based on a profile shot of the character, the user estimates the size of the breasts and the band (rib cage). Shinju Inui has a height of 178 cm (officially mentioned in the original work) and a band of 74.0 cm (estimated assuming she has the same complexion as Marin Kitagawa). Thus, the separation is measured at 14.3 cm and when represented in a cross section, a cup size of 111.7 centimeters is achieved. With all these data, the user estimates that Shinju Inui’s bust size corresponds to a Cup L (a J Cup in the American system).

The anime adaptation has been broadcast since January 8 and is confirmed with twelve episodes, while the platforms Crunchyroll and Funimation are responsible for its distribution in the West, also with a dubbing into Latin Spanish. For his part, Fukuda publishes the manga in the magazine Young Gangan from the publisher Square Enix since January 2018.

Engrossed in the family business of traditional doll making, Wakana Gojou is a reserved first-year high school student with no friends. With the painful memory of a childhood friend’s disdain for his interest, Gojou can’t relate to his classmates and his hobbies, causing him to isolate himself. Gojou has not yet perfected the making of the dolls’ faces, but he is exceptionally skilled at making his clothes. His skill with the sewing machine is soon discovered by his beautiful classmate Marin Kitagawa, whose boldness and honesty Gojou both admires and envies. She instantly shares his own hobby with Gojou: he likes to dress up as erotic video game characters.

However, Kitagawa does not know how to sew her own suits, which leads her to seek Gojou’s expertise. Being drawn into the lovely girl’s endless adventures related to cosplay, Ella Kitagawa becomes the first friend of hers who fully accepts her. Thus, although they are polar opposites, their relationship slowly flourishes thanks to her ability to help each other in the intricate world of cosplay.