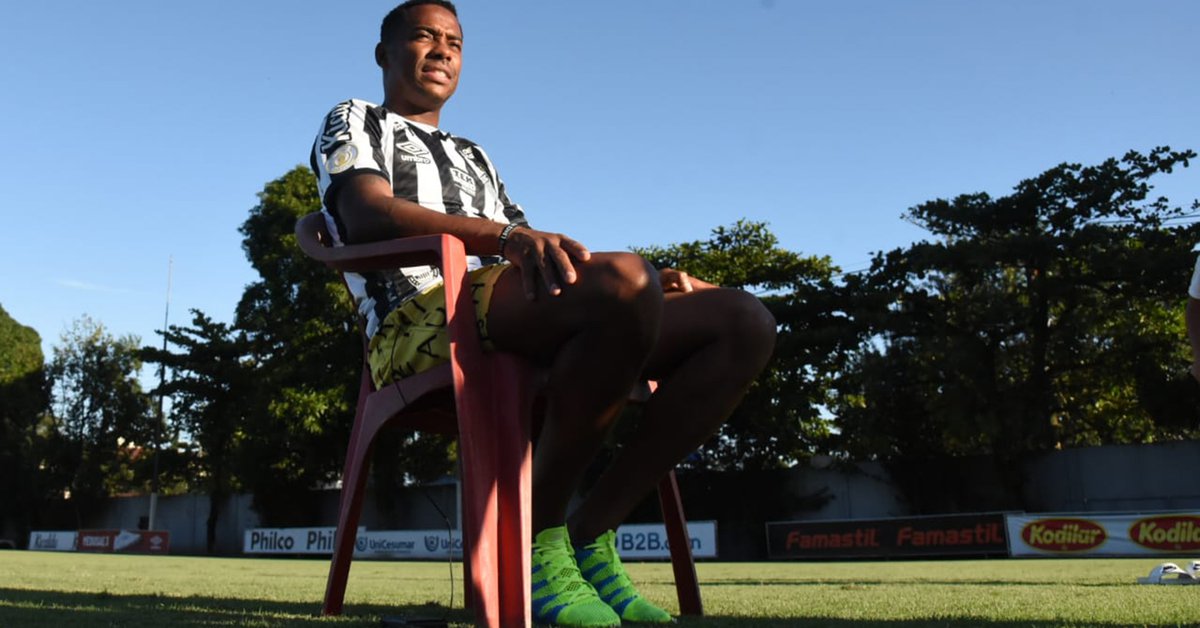 
The passing of Robinho for him Santos It was more than brief since this Friday it was known that, by mutual agreement, the player and the club decided to terminate the contract they had signed less than a week ago. The arrival of the 36-year-old striker, convicted of rape in Italy in 2017, had generated a wave of repudiation that increased in the last hours after details of the audios of the case emerged.

In 2017, the Brazilian had been sentenced to nine years in prison for sexual violence. An Italian court found him guilty, as did his friend Ricardo Falco, of participating in a gang rape against a 23-year-old young woman of Albanian origin, in a nightclub in the Italian city in 2013.

This Friday the audios of the telephone recordings made by the Italian justice were released within the framework of the case and which led to the conviction of the striker, who always denied the accusations and who only limited himself to emphasizing that he “had oral sex” in a consensual manner with the complainant.

In one of those conversations published by the Brazilian media Globe Sports, the musician Jairo chagas, who performed at the venue the night of the gang rape, expressed to Robinho his concern about the progress of the investigation, to which the Brazilian player replied: “I laugh because I don’t give a damn, the woman was completely drunk, she doesn’t even know what happened ”.

The forward played for Real Madrid and Manchester City

“Luckily God exists because I didn’t even touch the young woman,” he said to recognize in the sequence that he saw some of his friends “fuck” the victim, but not him. “There were five on top of her”, full. In another call, Robinho came to admit that he “tried” intercourse, in front of which the musician reminded him of the following: “I saw you when you put your penis in her mouth.” “That does not mean to fuck”, replied the footballer.

The investigation also collected other conversations with friends of the former player of the Real Madrid who were present at the disco and who were also concerned about the case. Robinho told one of them that he “did not know” if any of his friends had “ejaculated inside the woman” and had “made her pregnant”. “I remember that you and I did not fuck with her because your penis did not rise, it was flaccid …. The problem is that the girl says that three grabbed her hard,” he said. In another transcribed call, he stressed that “there was no evidence that they did anything.”

In addition to Robinho and Falco, four other Brazilians reportedly participated in the act classified by the Milan Prosecutor’s Office as “sexual violence”, but they left Italy in the course of the investigations and, therefore, are being prosecuted separately.

In the wake of this scandal, Santos officially announced that Robinho will not be part of the team. By mutual agreement, the attacker and the institution decided to terminate the contract they had signed on October 10 “so that the player can focus exclusively on his defense in the process that is being carried out in Italy,” they explained. This is because the conviction against the Brazilian is first degree and there are still instances of appeal for the sentence to be final.

Robinho It had been in the news only six days ago when he agreed to return to Santos, with the idea of ​​playing at least until February in the team from which he emerged in 2002. As reported by the club, would charge little more than minimum wage. The contract stipulated that the entity would only pay him 1,500 reais ($ 271) on a monthly basis, a salary slightly higher than the minimum that prevails in Brazil.

From playing for Real Madrid and Manchester City, to earning $ 271 a month: Robinho signed his fourth return to Santos with a special contract

The chilling details of how Popeye, Pablo Escobar’s hit man, threatened three Argentine referees: “His life here is worth nothing”

Shocking graph of the highest paid athletes of the decade: the Mayweather phenomenon and the Messi-Cristiano war

Study: The world is caught in a “syndemic” of chronic diseases and covid-19