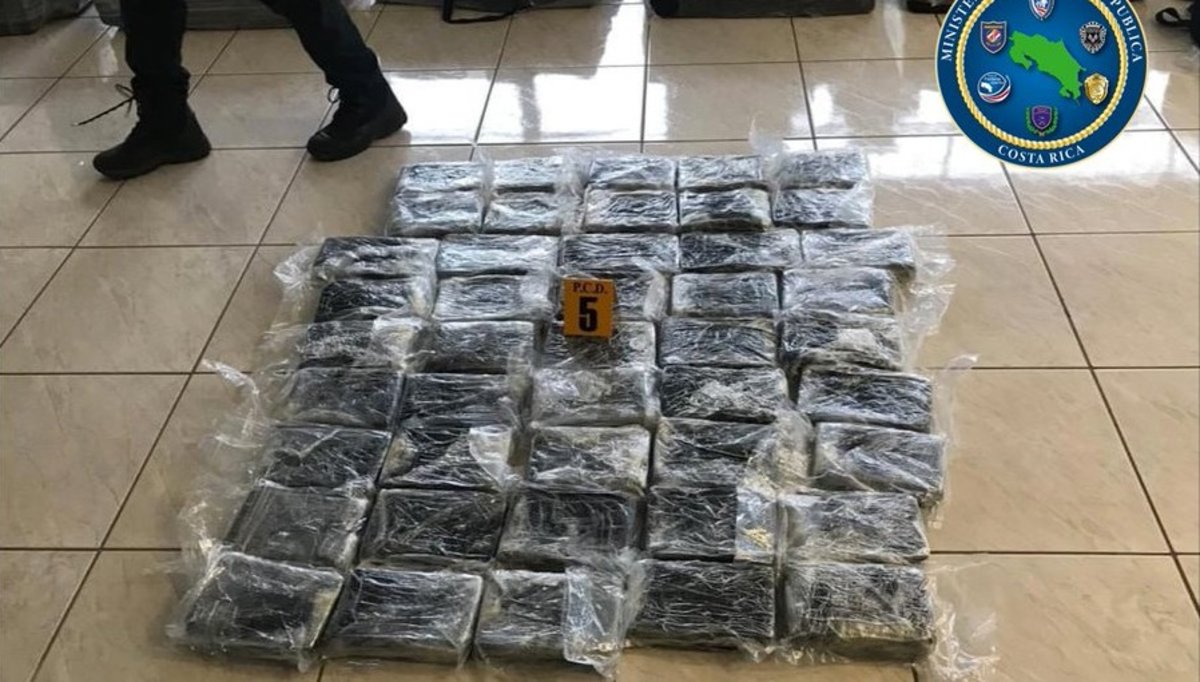 The Costa Rica Drug Control Police (PCD) seized this Monday a ton of cocaine that was hidden inside a container loaded with pineapples, which was destined for Roterdam, Holland.

“This drug will not be consumed by young people and that is the most important thing. In addition, this shipment could have an approximate value of 22 million dollars and hence the importance of the operation in terms of human lives and economically. , because it is a hard blow for these criminal structures that operate in the region “, declared the Minister of Security, Michael Soto.

The seizure occurred at the Moín Container Terminal, from the province of Limón (Caribbean), as part of the investigation work carried out there by the authorities to prevent this type of drug shipments.

PCD agents found a total of 918 packages of cocaine in the container, whose total approximate weight is one ton, according to Soto said.

Minister Soto explained that usually in these types of cases, which have already occurred several in recent years, the fruit exporting company is not related to drug trafficking, but rather the drug is introduced at some point along the route between the company and the port.

“According to the analysis we have made of the routes that come from the south of the continent, the drug that enters the country does so through Limón, there it is stored and then it is introduced into the containers to take them to European ports,” explained Soto .

There have been no detainees in the operation and the case remains under investigation.

So far in 2020, the Costa Rican authorities have made 9 seizures of cocaine in containers in Caribbean ports, which add up to an approximate total of 10 tons, according to official data.

The biggest discovery came last February when agents discovered 6 tons of cocaine in a container loaded with ornamental plants that was bound for the Netherlands. This has also been the largest seizure in the country’s history.

Official data indicate that so far in 2020 the Costa Rican authorities have confiscated 29 tons of cocaine and 7 tons of marijuana in total.