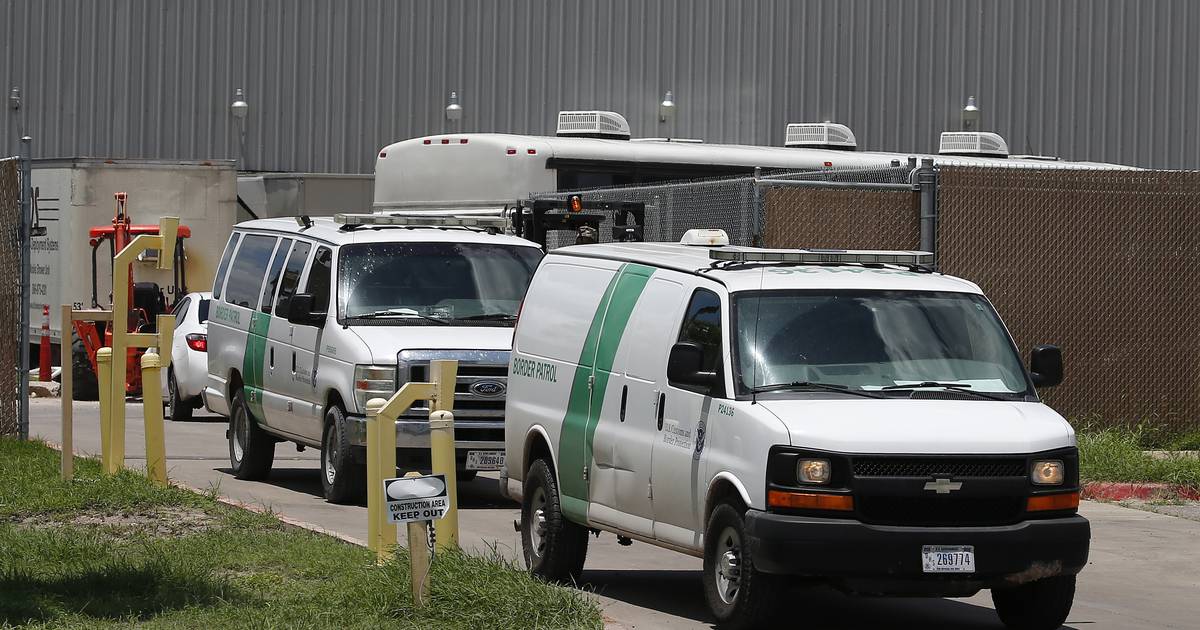 The Florida Highway Police discovered eight undocumented immigrants inside a van, when they stopped its driver for having the windows with tinted windows that are not allowed, local media reported.

The driver, Mexican Javier Palma-Jenaro, 40, was arrested and the eight immigrants made available to immigration authorities, according to information from the Florida Highway Patrol (FHP) about the event that occurred in Hernando County (west of Florida).

The truck, with plates from the state of Arizona, which borders Mexico, had stickers with the flag of United States in the windows.

According to police information, inside the back of the van there were fans and boxes of water and soft drinks and the eight immigrantswhose identities and nationalities have not been revealed, were all wearing matching fluorescent yellow shirts.

When the patrolmen stopped him and asked for his documentation, Palma-Jenaro presented a Mexican passport and an expired driver’s license from the same country.

The Mexican is detained in the hernando county jail and faces charges of human trafficking, in addition to several violations of traffic regulations.

The event gained more notoriety in light of the recent death of 53 immigrants who were traveling crammed into a truck that looked like a refrigerated vehicle that was found abandoned in San Antonio, Texas.

The Florida Highway Patrol He said in a statement that Palma-Jenaro confessed in an interrogation that he traveled from Milwaukee to Phoenix (Arizona) to look for the eight immigrants, whom he had to take to a place in Fort Myers (southwest Florida).

The detainee, who had 3,700 dollars in his possession, told the patrolmen that he charged 250 dollars for each passenger.

Last Wednesday in Sumter, another Floridian county, patrol officers stopped the driver of a vehicle with an expired Texas license plate and a crack in the windshield.

Along with the driver, José Juárez, was a man who presented a Mexican passport no US entry stamps and that it was later confirmed that he had been deported once.

Last Thursday, the Florida Supreme Court granted a request by Florida Governor Ron DeSantis to create a statewide grand jury to deal specifically with human trafficking, including immigrants and foreign children who come to the country without company.

DeSantis, a conservative who is running for reelection as governor this year and, according to various sources, may compete with Donald Trump for the Republican presidential nomination in 2024, is an advocate of zero tolerance for irregular immigration.

The Court ordered the creation “without delay” of this special jury, which will function in principle for twelve months and will be chaired by Judge Ellen S. Masters.

It will be dedicated to investigating crimes, formulating accusations and carrying out all the other functions of those judicial bodies.

Nahuel Tetaz Chaparro after the victory of Los Pumas