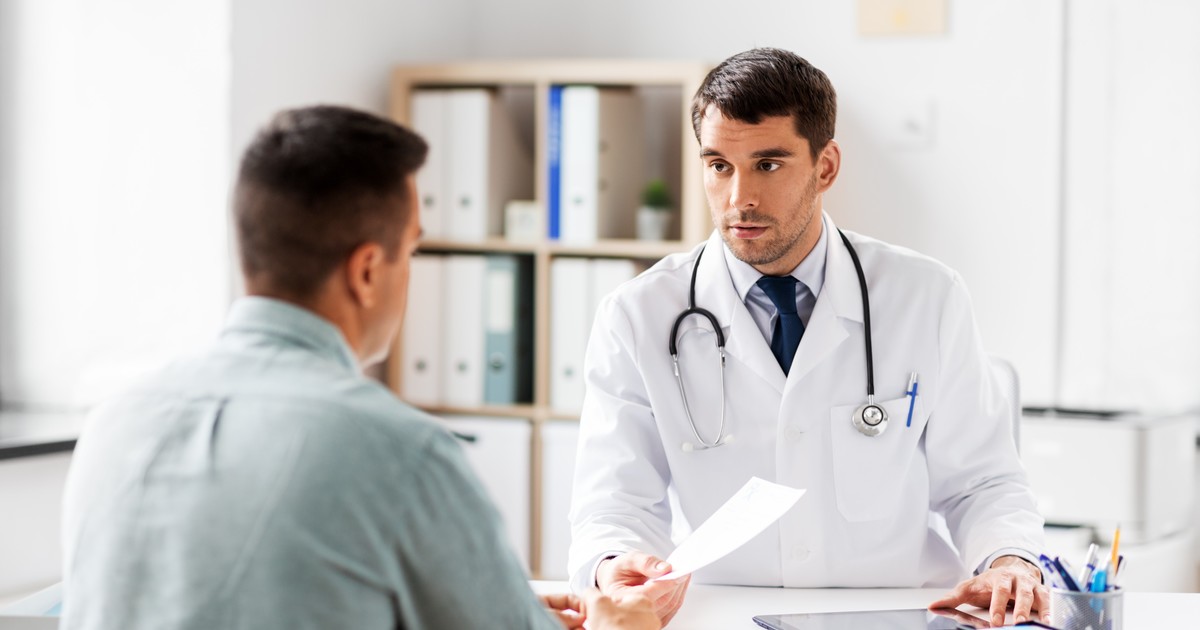 “Certain language used when communicating directly with patients or when discussing patient care with other health professionals may inadvertently disempower patients,” underlines an analysis published in the scientific journal The BMJ.

And he adds that “although the derogatory slang that was used historically is now almost universally recognized as unacceptable, “the language that belittling, doubting or blaming is still in common use in daily clinical practice”, both verbally and in writing.

The authors, Caitríona Cox and Zoë Fritz, from the Institute for Health Improvement Studies (THIS) at the University of Cambridge, in the United Kingdom, consider this medical language “obsolete” and affirm that it “jeopardizes the therapeutic relationship” .

Shape a relationship based on language

“In a medical context,” they say, “language does more than transfer information between patients and health care providers: it has the potential to shape therapeutic relationships. In fact, specific word and phrase choices affect how patients see your health and sicknessreflect the perceptions of health workers about their patients, and influence the medical care and treatments offered.”

Cox and Fritz drew on existing research to describe how such language, though often taken for granted, can insidiously affect the therapeutic relationship by altering the attitudes of both patients and clinicians. and suggest how could it be changed to foster a relationship centered on shared understanding and collective goals.

They warn for expressions that blame, doubt or infantilize patients. Photo Shutterstock.

Between complaints, denials and “sends home”

Language that belittles patients includes the widely used concept “complaint you file” Instead of referring to the patient’s reason for coming into contact with the health system, they write.

“Complaining has negative connotations, and it has been suggested that the use of ‘problem’ or ‘concern’ is more sympathetic,” they maintain.

Similarly, the use of words like “denies” and “affirms” reporting a patient’s account of their symptoms or experiences suggests a refusal to admit the truth and may imply a lack of trust. For example, “Patient denies fever, chills, or night sweats.”

The authors emphasize in this sense that “to deny is to refuse to admit the truth or the existence of something, and the term can insinuate a lack of trust.”

And they add that in a study that examined reactions to outpatient notes, many responded negatively to language that questioned the validity of their experiences. One of them stated: “I did not deny these things. I said I didn’t feel them. Completely different. Language matters.”

However, they clarify that it is sometimes appropriate for a doctor to exercise some skepticism about a patient’s account (for example, when they claim that they did not take any illicit substances but a urine toxicology test comes back positive).

“But the terms deny and affirm are widely used in situations where there is no reasonable basis for such doubtprobably out of (bad) habit rather than disbelief.”

Other frequently used language presents the patient as passive or childlike, while emphasizing the physician’s position of power, argue Cox and Fritz. For example, doctors “make” a history or “send” patients home.

The terms “compliance” and “non-compliance” (in relation to taking medication) can also be considered authoritarian.

This, they point out, is particularly prevalent in narratives surrounding conditions like diabetes. “There is an authoritarianism, for example, in talking about patients (not) being ‘allowed’ to certain foods by their doctors. Although patients may find that disturbing or frustrating languagesome also adopt a children’s narrativedescribing the effect of being ‘naughty’ or ‘nice’ on their blood sugar levels, or recounting how health professionals ‘told’ them.”

Language that implicitly blames patients for poor outcomes is also problematic, Cox and Fritz argue. For example, the term “poor control” in conditions such as diabetes or epilepsy can be stigmatizing and make patients feel judged, while “treatment failure” it suggests that they are the cause of failure, rather than other types of limitations.

The authors suggest that health professionals should focus on change your language to target the reasons why patients might not be taking by adhering to prescribed treatments, promoting a more collaborative relationship.

Research shows that specific word and phrase choices not only affect how patients view their health and illness, but also influence physicians’ attitudes toward patients and the care and treatments offered, the researchers explain. .

For example, a study of neutral language with language that implies patient responsibility (does not tolerate the oxygen mask vs. rejects the oxygen mask), showed that the term non-neutral was associated with negative attitudes towards the patient and less prescription of analgesic medications.

Using the correct language, the authors say, “is not a matter of political correctness; affects the core of our interactionsGoing forward, they contend, more research is needed to explore the impact such language might have on patient outcomes.

Much of the language highlighted in The BMJ article “is deeply ingrained in medical practice and used without thought,” say Cox and Fritz.

And they conclude that doctors “should consider how their language affects attitudes and choose one that facilitate trust, balance power and support shared decision-making.