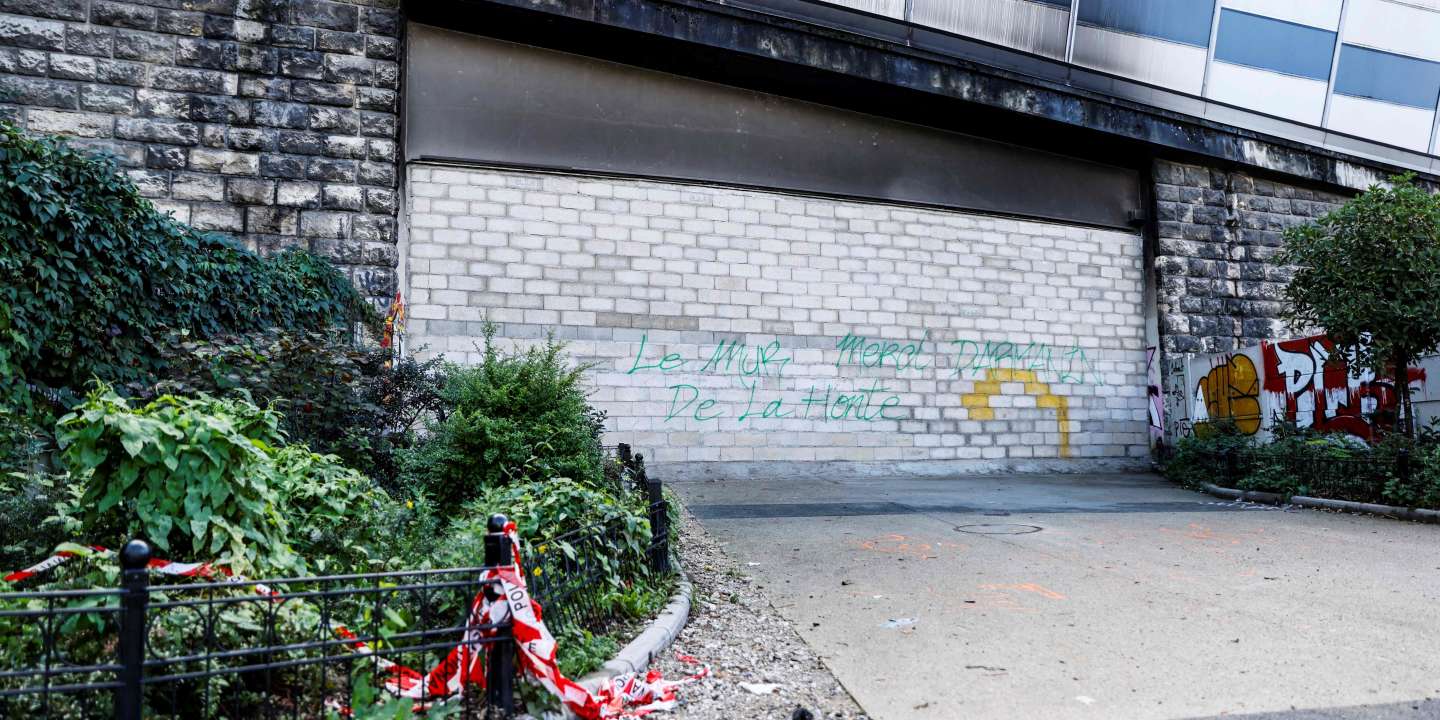 Four days after the displacement of about fifty drug addicts and the construction of a wall, supposed to prevent the passage of crack users between Paris and Pantin (Seine-Saint-Denis), about thirty elected officials from Seine-Saint -Denis wrote, Tuesday, September 28, to the Prime Minister, Jean Castex. They denounce the “Contempt” felt after these actions carried out by the police headquarters on the instructions of the Minister of the Interior, Gerald Darmanin.

Article reserved for our subscribers Read also Crack in Paris: the State is building a wall to block consumers

During this operation carried out, Friday in Paris, to satisfy the exasperated local residents, about fifty drug addicts, most often addicts to crack, were moved from their previous meeting place, to a square at the Porte de La Villette. They now roam near the ring road that surrounds the capital, but in direct proximity to the 12,000 inhabitants of the working-class Quatre Chemins district, straddling Pantin and Aubervilliers. A concrete block wall was built in the wake of the order of the police headquarters in order to obstruct a tunnel connecting Paris to Pantin. This operation has since aroused the indignation and fear of residents, who see it as a “wall of shame”

“We strongly condemn the choice made by MM. the Minister of the Interior and the Paris Police Prefect to move the problem to Seine-Saint-Denis – as is unfortunately too often the case – to the great contempt of its inhabitants, who are equally entitled to serenity than the others ”, write elected officials in their open letter to the Prime Minister. Among the 36 mayors, deputies and senators from left and right are the president of the departmental council, Stéphane Troussel (Socialist Party, PS), as well as Bertrand Kern (PS), mayor of Pantin, and Karine Franclet (Union des democrats et independent), mayor of Aubervilliers.

“Seine-Saint-Denis cannot permanently be the place of concentration of all the difficulties in Ile-de-France. Why did you choose this location, when there are others, with similar configurations, in the west of Paris for example? “ wonder the elected officials, who ask to be received at Matignon. They ask in particular that the State find “A lasting solution for medical and social care” in front of the “Distress” drug addicts, saying they are ready to “Make their contribution”. The prefect of the Ile-de-France region, Marc Guillaume, and the prefect of police of Paris, Didier Lallement, who led the operation, had justified the construction of the wall by the“Essential protection of the inhabitants of Pantin”, they wrote on Saturday to the mayor of Paris, Anne Hidalgo.

Engaged for several months in a pass of arms with Beauvau, the City of Paris regretted having been faced with a fait accompli, while welcoming this decision, which relieves the inhabitants of the district. “I had the mayor of Paris forty-eight hours ago”, replied Gérald Darmanin, affirming that Mr.me Hidalgo (PS), also a presidential candidate, had asked him for this new evacuation. Emmanuel Grégoire, first deputy at the City of Paris, underlined the “Real risk” that this evacuation does that “Move the problem”.

For his part, the Minister of Justice, Eric Dupond-Moretti, said Monday on RTL that he planchait “Very seriously” on the thorny issue of crack in Paris and “Thought about lasting solutions”. This wall is “A necessarily transitional solution which responds to the emergency and which can not satisfy anyone”, said the seal keeper, while assuring that he would give answers “More precise in the days to come”.

The president of the Ile-de-France region, Valérie Pécresse, went there on Sunday, where she called for finding a “Health response” for crack users who believe that “Seine-Saint-Denis is not a garbage can” to move the ” problem “. Seine-Saint-Denis “Is forced to build a wall to protect herself from Paris, to protect herself from drug addicts who are sent to her, it is not possible”, we loveme Pécresse in front of the inhabitants of Pantin, who then came in large numbers to challenge him on the situation.