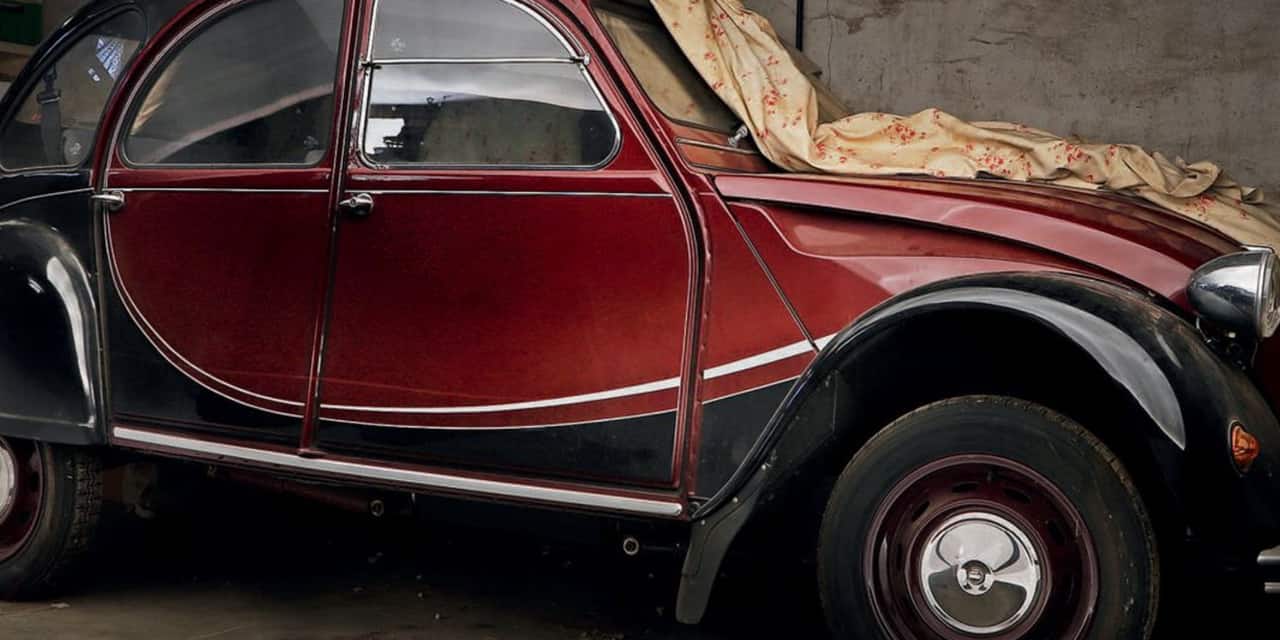 It was in 1982 that Monsieur H., a loyal Citroënist, took possession of his 2CV in Charleston livery, recognizable by its particular pattern and its two-tone black and Red Delage color. He had Ami Super perforated rims fitted there through the garage (unlike the full rims of 2CVs) and traveled the thirty kilometers which separated the Citroën dealership in Cholet (Maine et Loire, west) from his home. He takes it back to the garage, protects the body with blankets and… leaves it that way for 39 years! “Even the air in the tires is Citroën original,” says the auction house’s announcement.

The future owner will have the honor of running the small 31-horsepower twin-cylinder for the first time in a few decades since the engine will not have been restarted for sale. But he will first have to pay a check expected between 35,000 and 55,000 €! The price to pay for what is arguably one of the very last 2CVs in strictly new condition.

The announcement can be found here