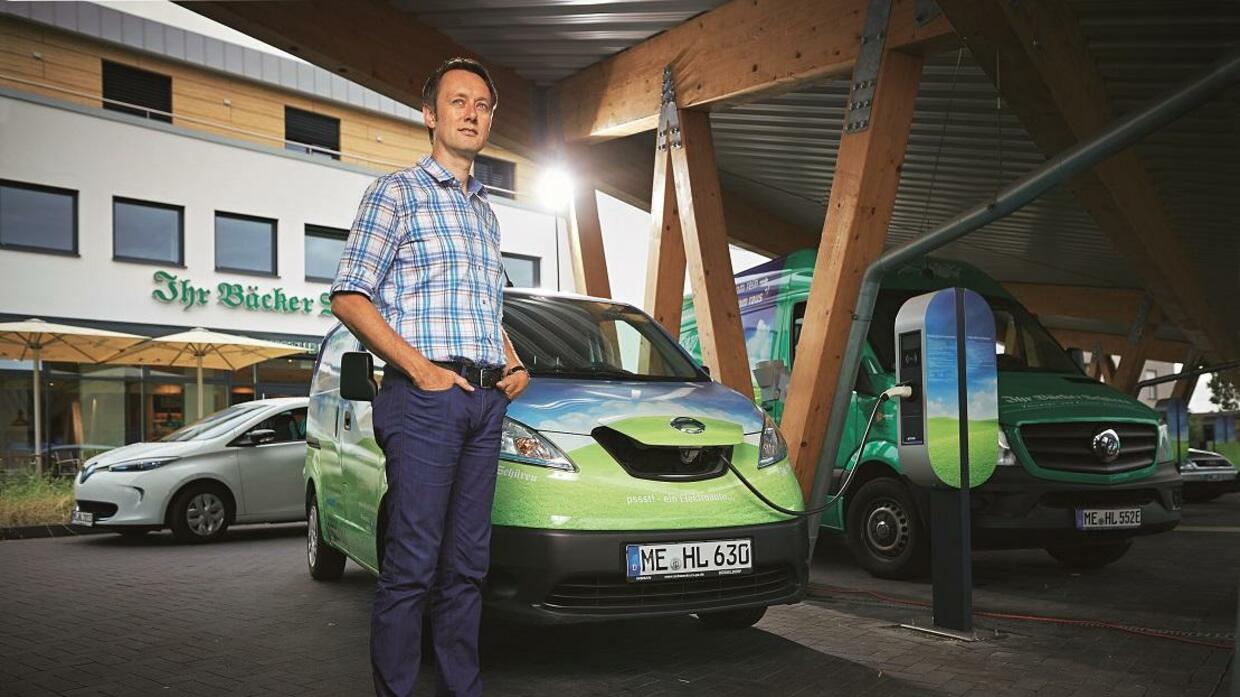 When Schüren began to think very specific about saving electricity and gas in 2010, energy costs were not yet a big issue. Nevertheless, he already replaced parts of his gas and electricity requirements with a biomass boiler. In addition to pellets or wood chips, it can also burn old bread. “But we don’t do that anymore,” says Schüren. The cleaning of the flue gases has become too expensive due to stricter requirements.

The core of today’s energy system in the large bakery is the large photovoltaic system on the roof. “As a baker, you are not necessarily the first to use solar energy, because we start working at night and early in the morning when there is no sun,” says Schüren. But he continued to calculate and came up with the idea of ​​converting his fleet of delivery vehicles to e-cars. Then it should be worthwhile in an overall concept. “I could charge them all afternoon when the ovens go out at 1 p.m.,” he says.