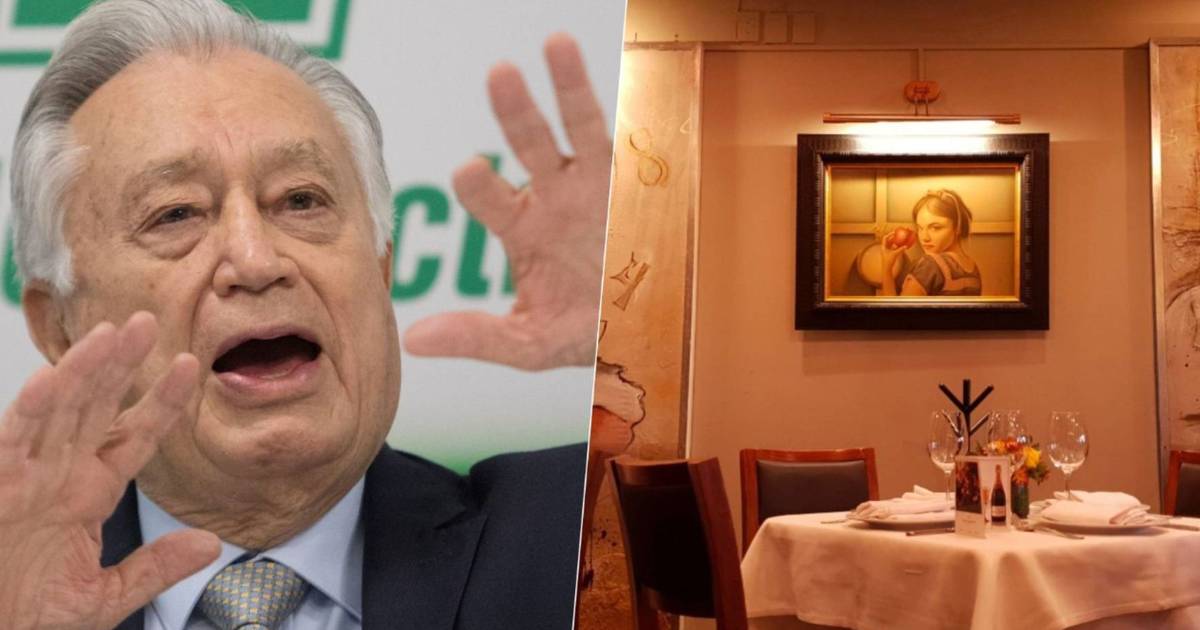 Las personalities from political life are diners frequent restaurants in Mexico City: Pablo Gomez Alvarezhead of the Financial Intelligence Unit (UIF) and Emilio Lozoyaformer director of Petróleos Mexicanos (Pemex) caused controversy in Hunan; the senator Jaime Bonilla attended the Mediterranean lunch at Très and now Manuel Bartlett he took for ‘dessert’ the boos from the diners at Arturo’s.

Journalist Lourdes Mendoza reports on her Twitter account that Manuel Bartlett, director of the Federal Electricity Commission (CFE)went to the restaurant Arturo’s, in Polancoa couple of weeks ago, accompanied by his partner Julia Abdala.

According to the columnist, the establishment was full and everything went smoothly until she asked for the bill and the other diners began to yell at them: “thieves, corrupt, thief, sells homeland”.

The couple left the place: “Manuel pulling Julia, who got angry, but Julia let go and got out of the truck and returned to the ladies’ table to tell them what they were going to die of. Manuel Bartlett went back in and grabbed a napkin (as if to hit someone or I don’t know why) and tried to take it out, while the diners followed them and shouted to Julia and Bartlett, yes to the real estate czar”.

Mendoza comments that at that moment the bodyguard came in and they took Julia out “almost loaded”; then they left in her truck.

This restaurant is located in the colony Polancoan area of ​​Mexico City that is home to two of the best restaurants in the world (Pujol and Quintonil) and the controversial Sonora Prime Grill Masaryk.

Arturo’s was founded by Arturo Cervantes, who worked for three decades in the prestigious Champs Elysees restaurant, until in 2008 he started his own place in a space inspired by a European bistro.

It specializes in traditional french cuisine and incorporates restaurants from countries such as Italy, Spain and the Asian continent.

They handle a reduced letter, with a list of suggestions that change five or six dishes a day.

Throughout its history, dishes such as aubergine pâté, onion soup, chicken with Dijon mustard, foie gras, date compote, veal kidneys in red wine can be found on its menu, at prices ranging from 300 to 800 pesos.

Its Burgundy snails, quail stuffed with foie gras, sherry sauce and figs and its Boullabaisse.

They have also handled menus for around 700 pesos. They also handle a wide international wine cellar. The average check per person is more than a thousand pesosa price that can rise considerably depending on alcohol consumption.

2 saturdays ago @ManuelBartlett and his wife, who is not his wife, Julia ate at Arturo’s at a table near the entrance. The rest was full and no one said anything, until he asked for the bill and a lot of diners began to yell at him: thieves, corrupt people, thieves, sell the country and they left 1/2

what to remember on the 174th day of the russian invasion