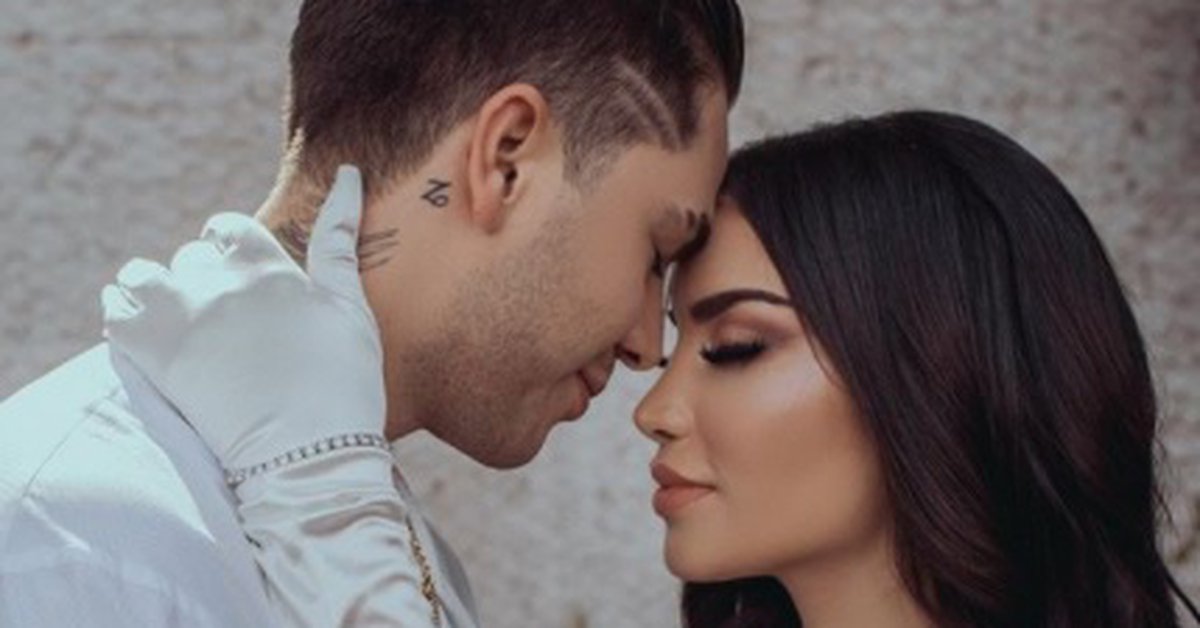 Juan de Dios Pantoja and Kimberly Loaiza, two of the most famous youtubers in Mexico, captured the attention over the weekend by announcing that they were married, but the matter took another tone when criticism was unleashed against them.

The influencers and singers were singled out in hundreds of messages for having “simulated” a separation all this time.

As you will remember, last April their relationship was shaken after Lizbeth Rodriguez accuse the photographer Kevin Achutegui of having had intimate relations with Pantoja.

Then, in the midst of the commotion, videos of Juan de Dios having relationships with young people who were not Kimberly leaked into networks.

On April 26, Juan de Dios revealed that Kimberly broke up with him. “I feel like something died in his heart. It hurts me to think that it is not just a time, that he decides to stay without me. It hurts me that this story ends like this ”, he commented.

And after a few months apart, in early September they confirmed their reconciliation.

What nobody expected is that just a month later they decided to get married.

For this reason, there were no shortage of comments in networks ensuring that everything about their breakup was a “show” to attract attention.

“Son puro marketing”, “If the important thing is to know how to take advantage of the relationship by making videos of each anger, marrying and divorcing and remarrying in order to have material for YouTube and monetize the videos, congratulations, they are successful, they have millions of views and zero talent”, read in a couple of comments.

In addition, dozens of messages made reference to Pantoja’s alleged infidelities and warned Kimberly that he will not change.

So both Juan de Dios and Kimberly shared some messages making their love clear.

“Many have tried to ruin our relationship and fortunately it is stronger than ever. I love you my baby, I will always be there for you, “wrote Juan de Dios on his Instagram account.

In the same social network Kimberly expressed: “I chose you once and I would do it a thousand times more. Thank you for being there for me at all times, for making me the happiest woman in the world and teaching me so many things. I LOVE YOU, MY LOVE, husband and wife again ”.

“We are not a perfect couple, we are a real couple with mistakes. LIt is important to know how to overcome, learn from our stumbles and understand that people change for someone they love, I would do whatever it takes for you. I love you my love”.

But beyond any criticism or negative comment, the truth is that the announcement of his wedding really impacted the world of social networks and YouTube.

The video on Kimberly Loaiza’s channel (given that Juan de Dios decided to delete all the videos of his shortly after his relationship crisis broke out) records and more than eight million views in less than 24 hours.

Regarding the alleged infidelities, Juan de Dios clarified the matter on occasion and although he accepted that he was with the girls, he explained that these encounters occurred during some estrangements with Kimberly.

Pantoja and Loaiza met when she was 15 and he was 17. Their courtship began on January 13, 2013, without the approval of her parents.

Kimberly eloped with Juan de Dios in January 2016 and they moved in together. On July 12, 2019, their daughter Kima was born.

The scandal that destroyed the romance of Juan de Dios Pantoja and Kimberly Loaiza: chronology of a breakup

The wedding between Kimberly Loaiza and Juan de Dios Pantoja

This is not going to please Lizbeth Rodríguez: Juan de Dios Pantoja and Kimberly Loaiza reconciled