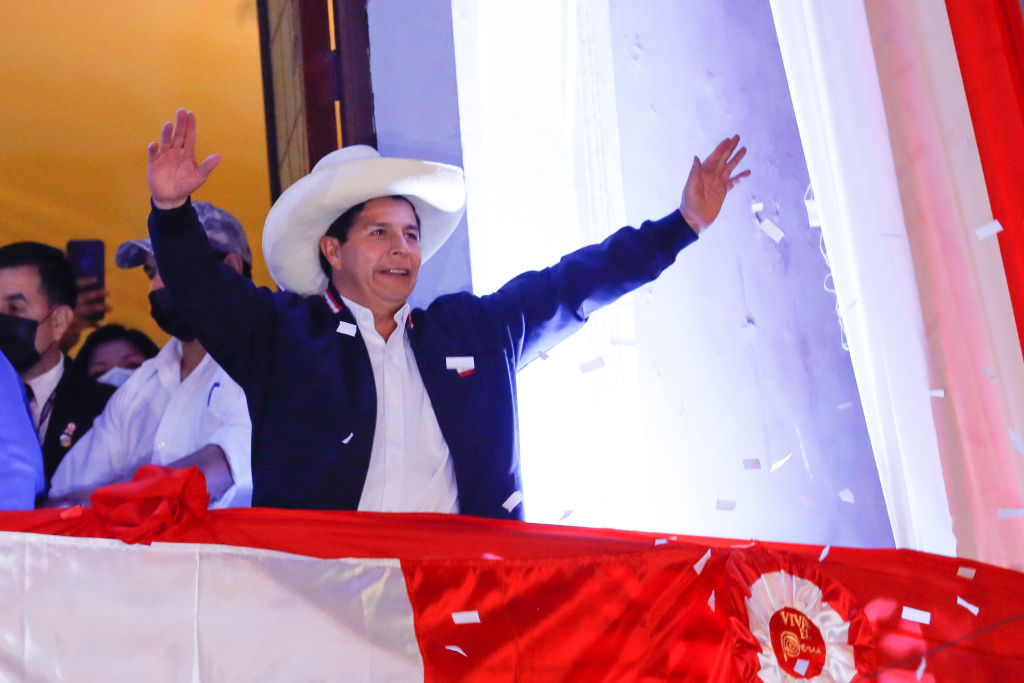 (CNN Español) — This Monday, and a month after the second round of the presidential elections took place in Peru, Pedro Castillo, from the Peru Libre party, was proclaimed president-elect for him National Jury of Elections (JNE). Several political leaders have reacted to the news.

Francisco Sagasti, Interim President of Peru, wrote on Twitter: “I salute the proclamation of @PedroCastilloTe as president-elect after the announcement of the results by the JNE. Let us look with optimism at the future of our country. Nine days before the Bicentennial, may this be the beginning of a new stage of reconciliation, consensus and unity “.

The former president of Peru Martin VizcarraFor his part, he tweeted: “My congratulations to @PedroCastilloTe who will take on the great challenge of being the President of the Bicentennial. The challenges that await him are enormous, enough of pettiness, let’s work together for our Country.”

The President of Colombia, Ivan Duquewrote on his Twitter account: “We send a congratulatory greeting to the President-elect of Peru, @PedroCastilloTe. We will continue working to strengthen our economic, cultural and social relations.”

Laurentino Cortizo, President of Panama, wrote: “I greet the Peruvian people and congratulate the president-elect of Peru @PedroCastilloTe, with whom we will continue to work on an agenda of common interests for the benefit of both nations. Successes in his management!”

The questioned president of Venezuela, Nicolas Maduro, tweeted: “I congratulate the Peruvian people and Professor Pedro Castillo, who has been proclaimed today # 19Jul, as the new President of Peru. A new political cycle opens that we hope will be successful for this South American nation. The people of Venezuela embrace them Brothers and Sisters”.

The President of Argentina, Alberto Fernández, who I had already congratulated Castillo on June 10Before the JNE proclaimed him the winner, he wrote about his previous tweet: “I want to reiterate my congratulations to @PedroCastilloT, who was democratically elected and proclaimed president of our brothers in Peru. Together we will work for a united Latin America.”

Luis Almagro, Secretary General of the OAS, wrote on Twitter: “I congratulate @PedroCastilloTe for his victory in the elections and we assure him of our commitment that from the @OEA_oficial we will strengthen our work with the new government of Peru.”

The President of Ecuador, Guillermo Lasso, he tweeted: “I extend my congratulations to the Peruvian people for the end of the democratic day. Successes in your administration president @PedroCastilloTe, we hope to strengthen relations between Ecuador and Peru with openness, cooperation and dialogue.”

Pedro Castillo wins the presidency of Peru, according to the JNE 3:28

Sebastian Piñera, President of Chile, tweeted: “A few minutes ago we spoke by phone with @PedroCastilloTe, President-elect of Peru. We wish him success in his administration and we committed to working together to overcome the pandemic, defeat poverty and move towards inclusive and sustainable development, for the good of our peoples. “

The President of the Government of Spain, Pedro Sanchez, wrote on his Twitter: “We congratulate Pedro Castillo for his proclamation as president of Peru and the Peruvian citizens and institutions for the development of the electoral process. We are prepared to work with the new president and his team in the framework of the strategic relationship Spain -Peru”.

The Chancellor of Mexico, Marcelo Ebrard, wrote: “The warmest congratulations to Pedro Castillo Terrones, President Elect of the Republic of Peru, to whom we wish the greatest success. Mexico greets him with all appreciation and brotherhood !!!”.

The Vice President of Bolivia, David ChoquehuancaHe tweeted: “We congratulate Brother President
@PedroCastilloTe for his victory in the elections of # Peru, we are brother peoples and we have the great mission of working together for our Great Homeland “.