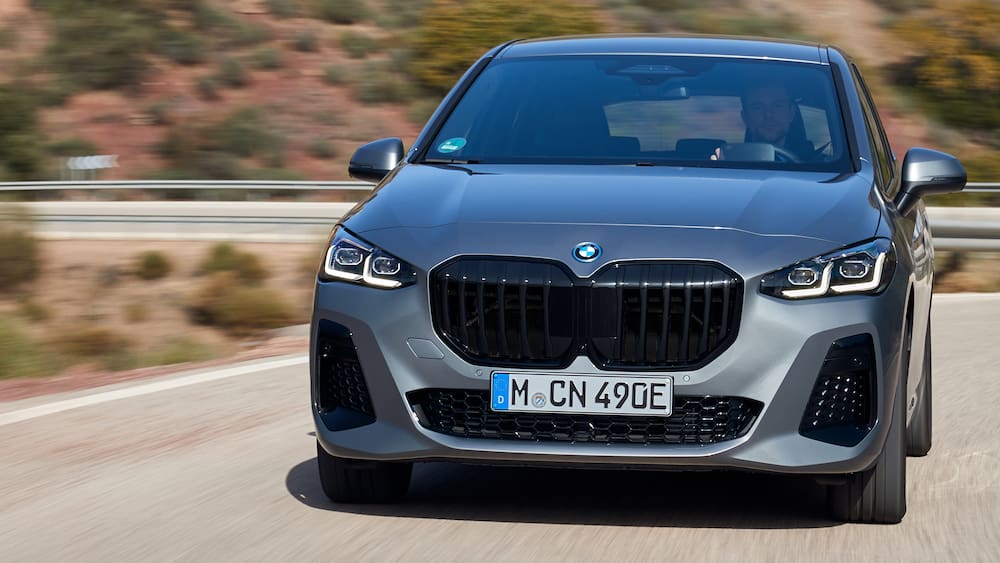 This is how BMW’s 326 hp family car drives

BMW is sticking to the 2 Series Active Tourer. First, he brought many new customers to the people of Munich – now he is supposed to win fame. In the second edition, as a plug-in hybrid, it becomes one of the most powerful vans of all time. Blick drove the 326 hp family carriage.

A van from BMW? Many fans of the brand turned up their noses when the 2 Series Active Tourer was launched in 2014. The chances of a successor were classified as correspondingly low. Also because many vans went down in the SUV boom.

But for the people of Munich, the 2er Active Tourer is a complete success. BMW was able to sell half a million units in seven years – many of them to customers who did not previously drive a BMW. No wonder, since the van gets a successor after all. However, the big brother Gran Tourer with seven seats will be discontinued.

Visually, the new 2 Series Active Tourer looks much more stylish and better proportioned. Overall, it has grown slightly: 4.39 meters in length (+3.2 cm), 1.82 meters in width (+2.4 cm) and 1.56 meters in height (+2.1 cm). The interior benefits from this. The three rear seats can be moved individually by 13 centimeters in length, but only in the petrol and diesel versions. With the two plug-in hybrid models, the space is needed for the battery.

This also affects the trunk. The loading volume is 470 liters for the diesel, 415 for the petrol engines and 406 liters for the plug-ins. With the rear seats folded down, the new BMW van loads a maximum of 1455 liters. A big plus: the loading sill is rather low at a height of 67 centimeters above the ground. Additional storage space can be found in the doors and under the voluminous center console.

With its floating design, the center console gives the cockpit a modern touch. This is underlined by the two large screens for digital instruments and the multimedia system. It even offers augmented reality functions on the touchscreen in combination with images from the front camera. Just a pity that the head-up display is completely outdated. Like its predecessor, it consists of a plastic disc. That doesn’t go with a luxury brand like BMW – the people of Munich would have been better off doing without it altogether.

The battery in the 2 Series Active offers a capacity of 16.3 kWh (net: 14.2 kWh) thanks to additional flat battery packs in the underbody. That’s twice as much as in the predecessor. The BMW van is now supposed to cover 90 kilometers purely electrically. With the charging capacity that has also been doubled, the battery should be fully charged in two and a half hours.

With the 230e, we drive what is probably the most powerful production van of all time. At the start we have a total range of 630 kilometers, of which 72 kilometers can be covered electrically according to the on-board computer. The test route lasts around an hour and covers 48.5 kilometers. It does not include a motorway section and leads over many country roads at higher altitudes. The on-board computer then states 3.7 liters and 12.2 kWh consumption for 100 kilometers. This is three times as high as the preliminary factory data.

On the test lap, the family van is very agile and pleases with its direct and precise steering. The optional adaptive chassis cannot be adjusted at the push of a button, but adapts itself automatically to the road. This works and pleases with a balance that typically BMW tends slightly towards agility. Although the plug-in version is 220 kilograms heavier than the petrol-only version with the same petrol engine, the van drives much more dynamically as a part-time electric vehicle. This is mainly due to the additional torque, which increases from 360 to 477 Nm thanks to the electric motor.

The new BMW 2 Series Active Tourer is now available from CHF 42,200. However, only as petrol and diesel. The plug-in hybrids will follow in the summer. Their prices have not yet been determined. Blick suspects that the more powerful 230e will probably cost around CHF 55,000.

Still no information about the release