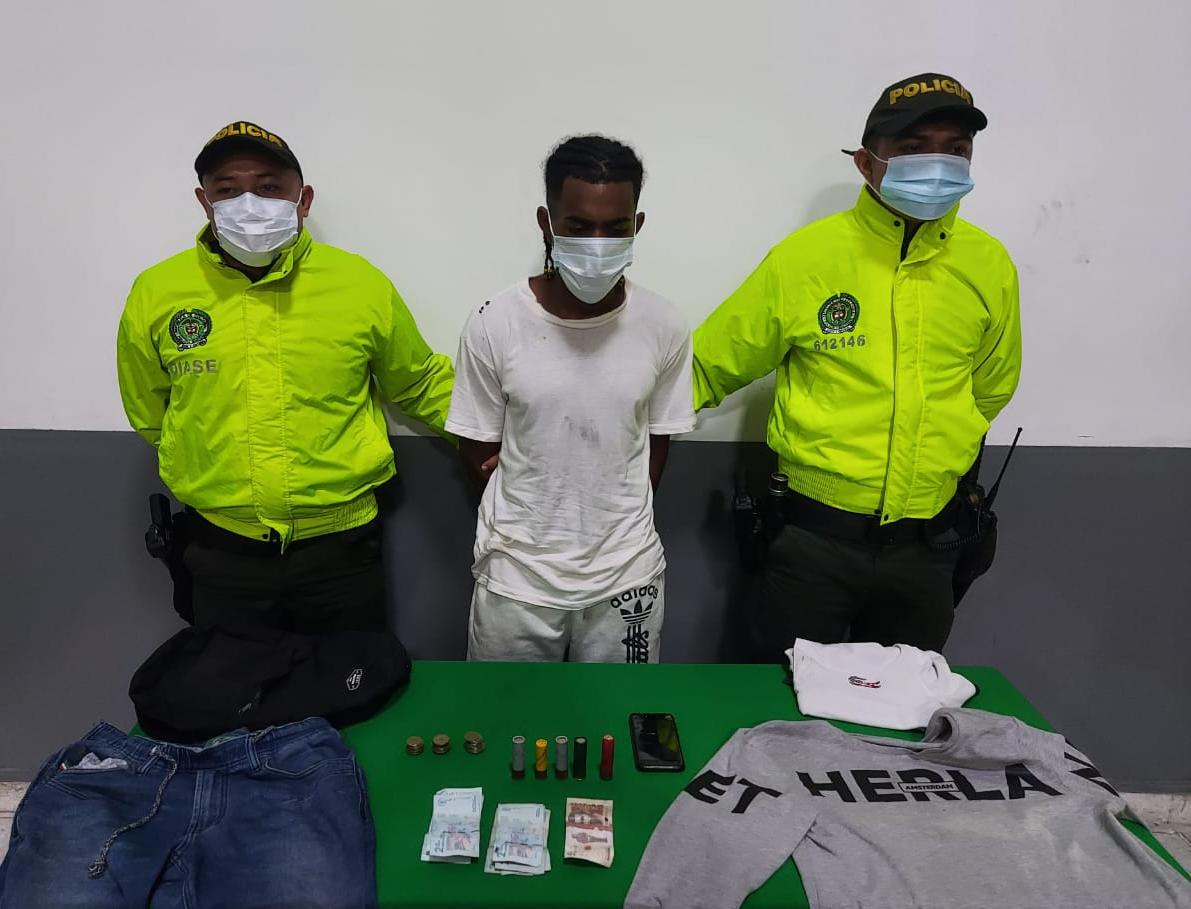 At 9:21 pm last Monday, the Police learned that a 65-year-old woman had been killed by a shot in the chest in the middle of a bus robbery in La Cordialidad.

They found out what happened at the San Ignacio clinic, since the body of Cielo Pallares Pava was taken to that medical center with the intention that his life could be saved. Minutes later, the operational commander of the Barranquilla Metropolitan Police, the Sijín commander and the Transit commander arrived there to begin clarifying the facts.

A judicial source told EL HERALDO that there was an “emergency” meeting at the clinic in which they made the decisions to be able to find the whereabouts of Marco Fontalvo Arrieta, the confessed murderer of the older adult.

“The commanders immediately created a special group that they asked to go to the Cootragal snowfall, in Galapa, to be able to watch the videos of the robbery moment. The team downloaded the material and at 11 pm they are back in Barranquilla for the analysis of the images, ”said the source.

The videos and the cell phone

The audiovisual material was subjected to the corresponding analysis in which the robber was identified. In parallel, a man who claimed to have been a victim of the robbery reported the theft of his cell phone.

“The phone signal is traced from the complainant’s computer, which georeferenced the cell phone and locates it in the Las Gardenias urbanization,” the informant explained.

This is how the information is crossed, both the GPS and the videos, and an intelligence team travels to Las Gardenias and asks the CAI patrollers in the area, with video in hand, if they knew that person that fired a pistol.

“Several of the patrollers recognized the man with the alias of Marquito or Crosti, and they say they had already taken him to the UCJ on several occasions. They also tell us that he resided there in Las Gardenias. The case was already solved ”, highlighted the researcher.

Thus, around midnight that day, the high command of the Police asked for reinforcements and a cordon was made of the whole, to prevent the man from escaping; while another team mobilized to the URI of the Prosecutor’s Office to request a search warrant and an arrest warrant. Authorizations that arrived around 12:30 at night.

“When entering the complex 11 tower 7 apartment 104 of Las Gardenias, there was a man in one of the rooms who was wearing a white shirt and jeans, a different clothing from the one he would have used to commit the robbery,” said the judicial source.

However, investigators found the clothes used for the robbery (a jean and a gray sweatshirt) that were inside a laundry basket. A pistol and the other stolen items were found in a drawer.

The capture of Fontalvo Arrieta had materialized in less than four hours. The man in the midst of refusals was resisting the transfer. “He said that he had not done anything, that we were wrong,” said the source.

The captured man had house arrest and there were at least nine judicial notes, for theft in various forms, trafficking in prisoners, drug trafficking, among others.

“Forgiveness is not going to revive her”

Marco Fontalvo Arrieta’s pleas for forgiveness, after confessing the murder of Cielo Pallares Pava, are not enough for the woman’s relatives to stop questioning the crime.

The relatives said they do not accept the apology, as they assure that the action “will not give life back” to the 65-year-old woman, who was a native of Valledupar.

“She did nothing to get him to shoot her. In the video you can see that she just got scared and didn’t even react and he shot her just because, in cold blood; that has no forgiveness or justification. At this moment I do not forgive him and neither does the family, ”said Leidy Mendoza Martínez, the victim’s niece.

Those close to Cielo maintain that at the time of the robbery she was seen to be defenseless and even so “that man shot her.”

Faced with the judicial process that the man is being followed, the relatives indicated that they did not agree with the request of the Prosecutor’s Office to request 17 years in prison for the confessed murderer.

“We do not accept a reduction of the sentence, he must be sentenced to 33 years in prison. That man has a very long record. For the fact that he accepted the murder and apologized, they will only give him 17 years. We do not agree, justice should not be so permissive, “said the relatives.