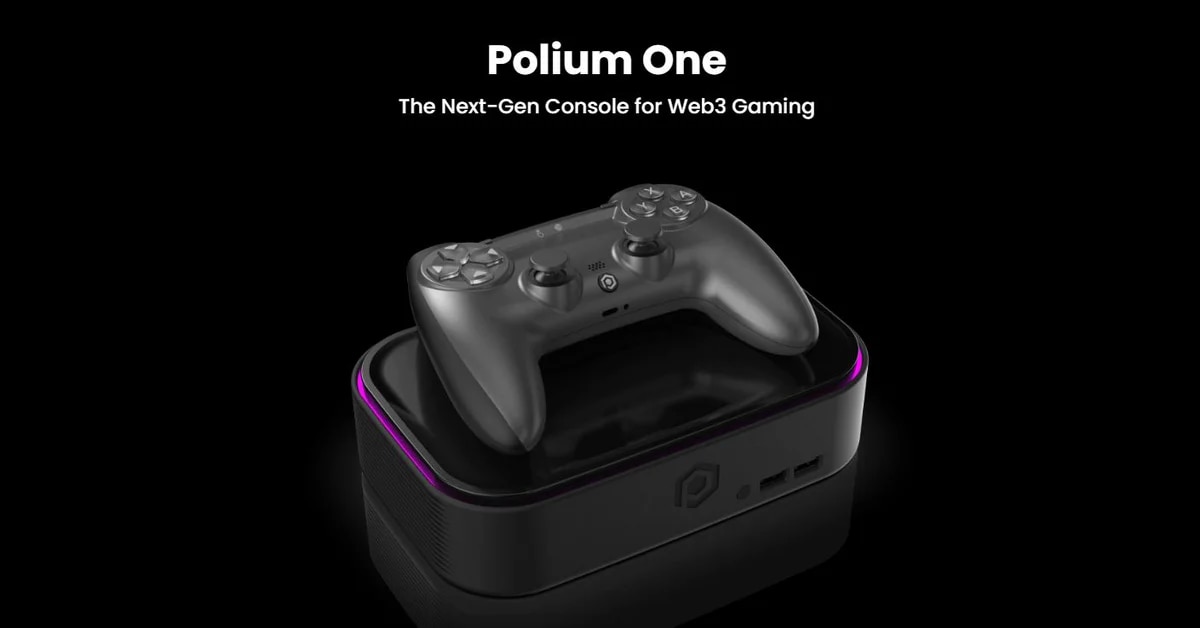 The Web3 company Polium announced the first dedicated console for NFT gaming, the Polium One. The company promised that this device will have the possibility to store different cryptocurrencies and that it will run games that are stored on block chains such as Ethereum, Polygon o Solana.

This means that the Polium One could become the main tool of those people who are dedicated to transactions in Blockchain and that they would manage to centralize them in a device capable of running games in 4K and with ray tracing.

As part of its security measures, the Polium device will offer a fingerprint reader integrated into its joysticks to give access to console users. On the other hand, the joystick will also have haptic response (like the PlayStation control), a touch panel and buttons for direct access to the different interfaces.

Among the games that could be played is Grit (the Epic Games Store Wild West battle royale) or Decentraland (a digital world where NFTs are land lots). It does not yet have a definite departure date, but the company estimates that could be released at the end of 2024.

READ MORE: How was Grit received during its premiere on the Epic Games Store?

As expected, the presentation got a negative reaction by the video game media and the user community, and it has even gone viral on the networks that the NFT console logo It is a plagiarism of the 2001 Nintendo GameCube. Without many additions, Polium responded to these accusations by denying the resemblance, although it confirmed that it will be possible to change the appearance of the logo to avoid legal conflicts.

Analysis of Sonic Origins, a proposal that bets on nostalgia
20 years after Warcraft III, Blizzard’s founding success that almost wasn’t
Analysis of Fire Emblem Warriors: Three Hopes, a solid game to conquer fans of the genre

Power surprises with his first and fabulous scale figure — Kudasai