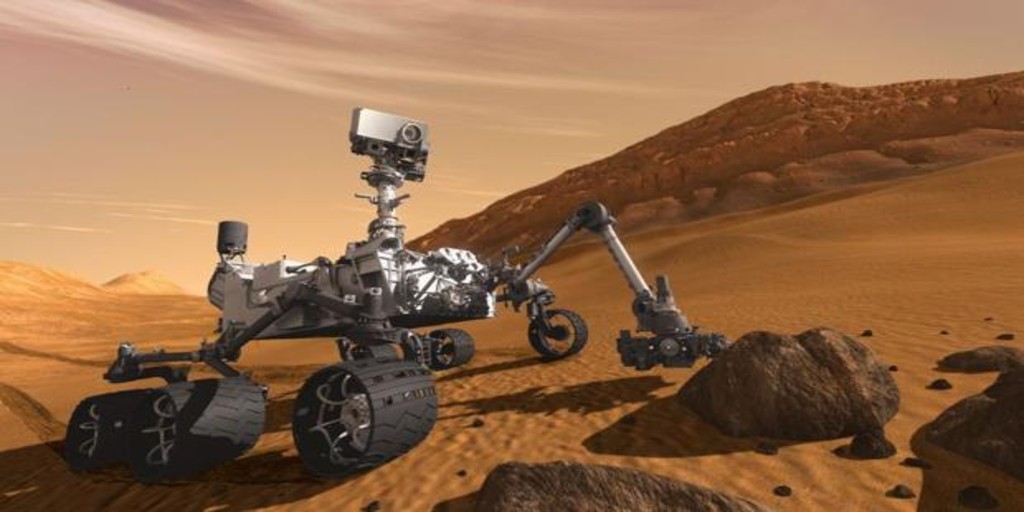 Although there are still a few months left for the Mars 2020 mission to land on Martian soil (which will take place on February 18), the new Perseverance rover is already testing the equipment that will reveal new mysteries of the Red Planet. In this case, the NASA has released a recording captured by the microphones of the vehicle itself – the first Martian vehicle to incorporate them – that collects the sounds of both its internal functioning and the of the spacecraft itself as it traverses interplanetary space.

It is a sophisticated piece of equipment designed to record part or all of the Mars 2020 entry, descent and landing sequence on Mars, from the moment the parachute is released until the probe lands on the Martian surface. But before that time, NASA wanted to offer a preview through an archive of 60 second audio which was taken on October 19 during “an in-flight verification of the EDL camera and microphone system,” reports in a release the American space agency.

As many people know, the vacuum of space is one of the worst environments to get sound recordings: as there is no material medium, the sound does not propagate. At least not in the way it does on Earth, as NASA explains: “Sound waves can travel through solid objects. When these mechanical vibrations are registered by an electrical component, they are sometimes converted into an electrical signal. This is what happens, for example, when we hear a crack or a bang when the headphone cable rubs a surface. Something similar happens with the Perseverance rover teams.

“With apologies to the person who came up with the ‘Alien’ catchphrase, I guess you could say that in space no one will be able to hear you scream, but they can hear your heat rejection fluid pump,” he says. Dave Gruel, lead system engineer EDL camera and microphone of Mars 2020, meaning that your equipment is able to capture the internal workings of the equipment to transform it into sound. “The microphone was able to pick up on the Perseverance’s thermal system in operation through mechanical vibrations.”

But capturing the sound of how the probe works, even for a few seconds, has far more important implications than the audio itself: “It means that our system is working and ready to try to record some of the sound and fury of a landing on Mars.” , sentence Gruel. One moment that will start the next February 18, 2021 at 9:47 pm Peninsular time to finish 410 seconds of terror later. Hopefully we can hear that moment for the first time.