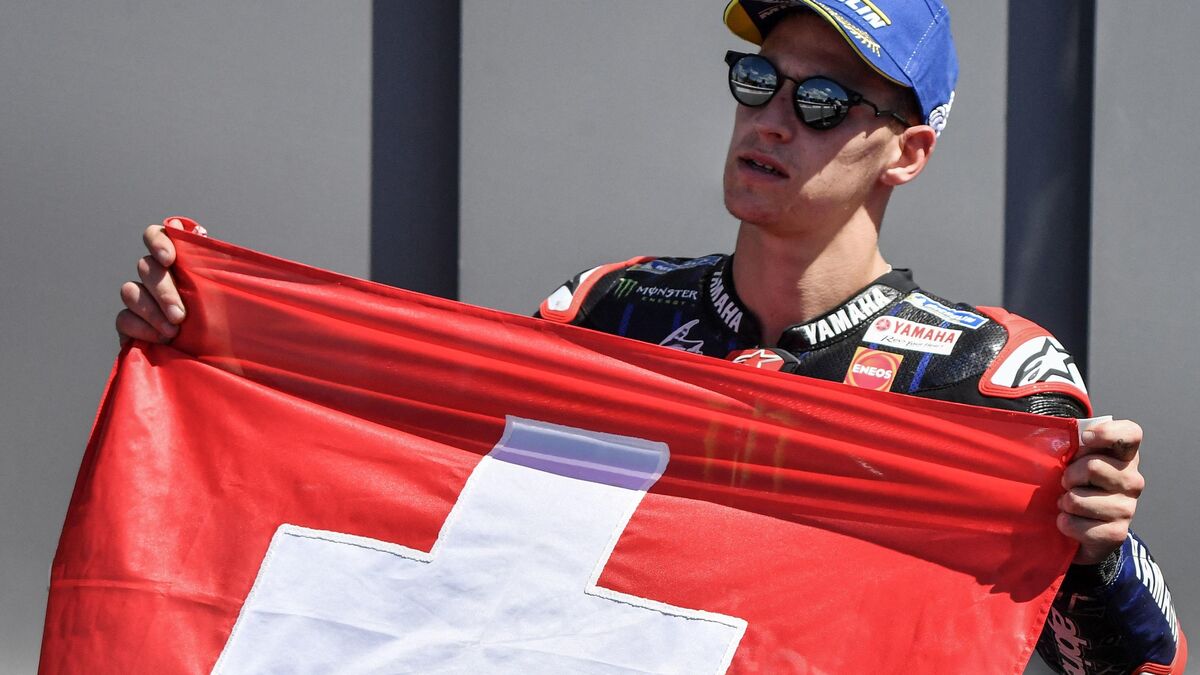 The motorcycle world is in mourning and, even winning the MotoGP Italian Grand Prix with flying colors, Fabio Quartararo has not forgotten Jason Dupasquier. The 19-year-old Swiss rider died this Sunday morning following his tragic accident during Moto3 testing on Saturday. On arrival, just getting off his machine, the Frenchman waved a Swiss flag in tribute to his friend. The two men were almost the same age: “Every lap I did, I thought of Jason,” said the leader of the World Championship at the microphone of Canal +. This race is for him, for his family. It is also for Mother’s Day, since it is their day today. “

Second in the race, the reigning world champion, the Spaniard Joan Mir (Suzuki) also had words for the young driver who left too early: “It was difficult to race, to put on the helmet for this race. It’s hard for all of us to ride in these conditions, We all have a thought for Jason. It’s terrible what happened, terrible, terrible… ”

But the show continues and after this victory in Italy, in the land of the Ducati, Fabio Quartararo consolidates his place at the top of the World Sprint Championship in the premier class. He now has 24 points ahead of his runner-up… a certain Johann Zarco: “Honestly, I don’t know how many points I have in advance,” continued the young Frenchman on Canal +. Twenty four ? It’s good, it’s getting interesting and it’s good for France to have the two French drivers in the first two places. I hope it will continue for a long time. “

Full control of the race

Fabio Quartararo, who, during practice, had broken the circuit record, performs a great operation, since his main rival in the standings, the Italian Francesco Bagnaia, who took the lead in the Grand Prix at the end of the first straight after the start, fell early in the race, leaving the field open to Quartararo. The Yamaha rider has mastered the race from start to finish.

Long second in the race to give hope for a new French double, after that of the Doha Grand Prix at the start of the season, Johann Zarco (Ducati Pramac) had a great fright when the rear of his machine was hit by the Italian Enea Bastianini (Ducati-Avintia) during the warm-up lap.

A good start, the Avignon resident retreated at the end of the race to fourth place. “A lot has happened,” said Zarco, world speed record holder. The important thing is that Enea didn’t get hurt, but I thought I couldn’t go back. The bike was moving a lot, it took a lot of energy to stabilize it. I was not in the perfect position. I would have liked to play on the podium, but I was a bit short in terms of energy. “