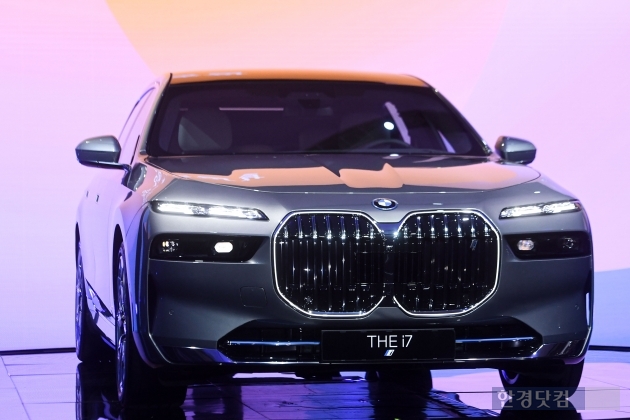 From January to July this year, BMW closely followed Benz
Prediction of EV launch in the second half of the year… Mercedes-Benz and BMW compete for electric vehicles

Can BMW overtake Mercedes-Benz to become the number one imported car this year? While BMW is catching up with Benz by a narrow margin in car sales, attention is being paid to whether there will be a change in the rankings as the two companies announced the launch of electric vehicles side by side this year.

According to the Korea Automobile Importers and Distributors Association on the 5th, BMW sold 43,042 units in Korea from January to July and is closely following Mercedes-Benz, which sold 44,653 units by 1,611 units.

BMW, which was called ‘2nd place in Korea’ in Korea, is chasing Benz to the chin, raising the possibility that it will rise to the throne of imported cars for the first time in 7 years since 2015. Considering that the gap between Mercedes-Benz and BMW, which ranked first and second in sales during the same period last year, was 6,970 units, the industry expects that this year’s difference will be small enough to overtake.

The industry predicts that BMW and Mercedes-Benz may overturn the imported car rankings as new electric vehicles that are expected to be released in the second half of Korea.

According to Statistics Nuri of the Ministry of Land, Infrastructure and Transport, 12,959 imported electric vehicles were sold in the first half of this year, up 13 percent from 11,431 units last year. On the other hand, imported car sales in July decreased by 12.2% compared to the same month of the previous year, the Import Automobile Association said.

In particular, regardless of the car brand, the domestic electric vehicle market is experiencing explosive growth. According to Statistics Nuri of the Ministry of Land, Infrastructure and Transport, sales of electric vehicles in the first half of this year were 68,528 units, up 73.5% from the same period last year (49,495 units). This is why there is an interpretation that the launch of a new electric vehicle will affect the ranking of imported cars.

Benz and BMW have steadily increased their electric vehicle lineup in Korea, and their sales volume has also grown significantly. According to Statistics Nuri of the Ministry of Land, Infrastructure and Transport, sales of Mercedes-Benz (1,395 units) and BMW (1238 units) increased 4.1 times and 16.3 times, respectively, compared to the previous year.

Mercedes-Benz plans to further expand its electric vehicle lineup. First of all, the E-class-based electric vehicle ‘The New EQE 350+ (Plus)’, the flagship model, is waiting for its release. The longest battery capacity is 90 kilowatt-hours (kWh), and the driving range on a single charge is up to 660 km.

BMW unveiled its electric flagship sedan ‘i7’ at the Busan International Motor Show held last month. The i7 is the first pure electric model in the 7 series, and it is equipped with two electric motors with the 5th generation eDrive system and produces a maximum output of 544 horsepower. The i7 is equipped with a 101.7 kWh battery and can travel up to 625 km on a single charge.