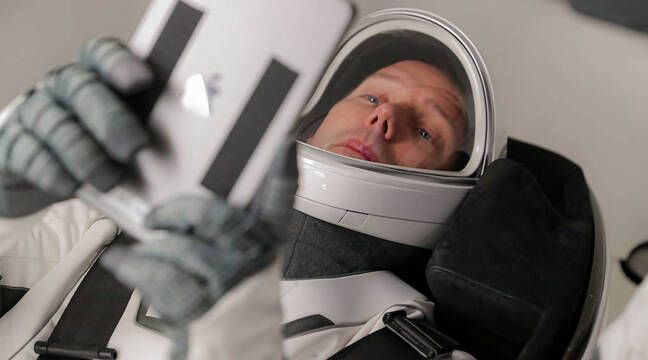 We already knew Brittany view from the sky through numerous published photographic works. But seen from space, it is much rarer. Aboard the International Space Station (ISS) for a week,
Thomas Pesquet shared on his Twitter account on Saturday an incredible snapshot of the Breton point seen from the ISS.

“Sometimes a familiar silhouette looms on the horizon as we circle the earth… Did you say hexagon? “, commented the French astronaut, Just before saying goodbye to four of his ISS colleagues
back on earth this sunday morning

Normandy and Paris through the lens of Thomas Pesquet

Born in Saint-Renan in Finistère, Benoît Hamon reacted with humor to the cliché of Thomas Pesquet. “Confirmation from space that there is never a single cloud over Brittany,” the former socialist presidential candidate said on his Twitter account.

Normandy, region where Thomas Pesquet is from, and The city of Paris had already had the right during the week to be immortalized from space by the French astronaut.

See Also:  How to manage children's concerns about the climate crisis