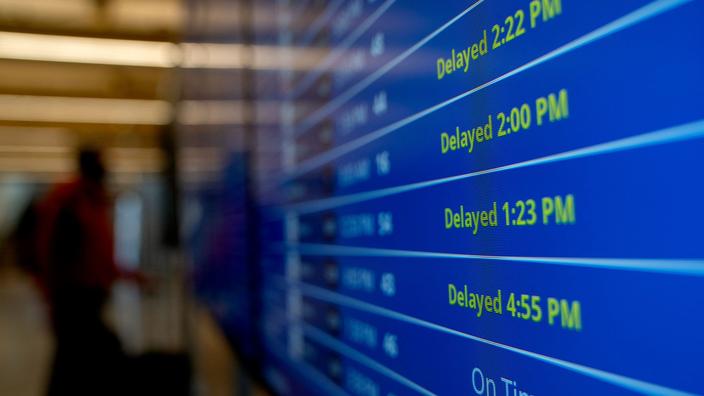 The National Weather Service warned of “almost impossible travel conditions” on part of the coast.

Thousands of flights were canceled on Saturday in the United States in anticipation of a severe storm expected in the east of the country, accompanied by snowfall and strong winds.

New England and the Northeast, including New York and Boston, were expected to be hardest hit by these inclement weather. Gritters and snow plows are ready in cities like New York, whose mayor, Eric Adams, warned on Twitter that 30 cm of snow was expected on the city, while adding that “Mother Nature tends to do what she wants».

Some 3,400 flights have already been canceled for Saturday, arriving in or departing from the United States, according to flight tracking site FlightAware. As of Friday, more than 1,450 flights had been canceled.

The National Weather Service (NWS), the national weather service, has warned of “nearly impossible travel conditionsover part of the Mid-Atlantic and New England coasts, with snowfall expected to exceed 30cm in some places.

The governors of New York and New Jersey have declared states of emergency, while Boston Mayor Michelle Wu has declared a snow emergency for her city.

«Go home tonight, stay home over the weekend, avoid unnecessary travelNew York State Governor Kathy Hochul said in a statement. The storm, which is expected to strengthen rapidly in the next 24 hours, will cause extremely low temperatures, according to the NWS.

Australian Open: 11,000 euros fine for Daniil Medvedev after his bad behavior in the semi-finals