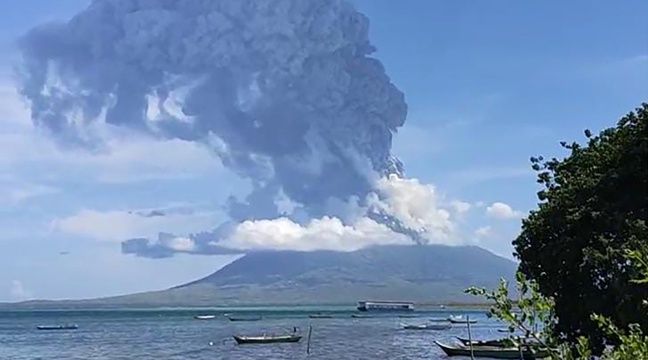 A column of smoke and ashes over four kilometers high. After the Lewotolo volcano erupted in Indonesia, authorities evacuated more than 4,400 residents of the area.

The geological and volcanic risk management agency raised the state of alert to its second highest level after the eruption that started on Sunday, warning of possible lava flows. It extended the no-go zone from two to four kilometers around the crater. The eruption, the first major since 2017 of this volcano located in the province of the Small Eastern Sunda Islands, a remote part of the south of the archipelago of Southeast Asia, did not cause any injuries or damage . But authorities have recommended residents to protect themselves from volcanic ash and possible gas emissions.

Three other volcanoes placed on alert

“To limit the health risks from volcanic ash, it is recommended to wear a mask or other equipment to protect the eyes and skin,” said spokesman for disaster management agency Raditya Jati. . Wunopitu local airport has been temporarily closed and several flights suspended.

Indonesia is home to around 130 active volcanoes due to its position on the “Ring of Fire”, one of the three most significant areas of earthquake activity on the planet.

Three other volcanoes in the archipelago were also placed on Alert 3, the second highest on a scale of 4, Sinabung (Sumatra), Merapi (Java) and Karangetang (Celebes). At the end of 2018, a volcano in the strait between the islands of Java and Sumatra erupted, causing an underwater landslide and triggering a tsunami that killed more than 400 people.