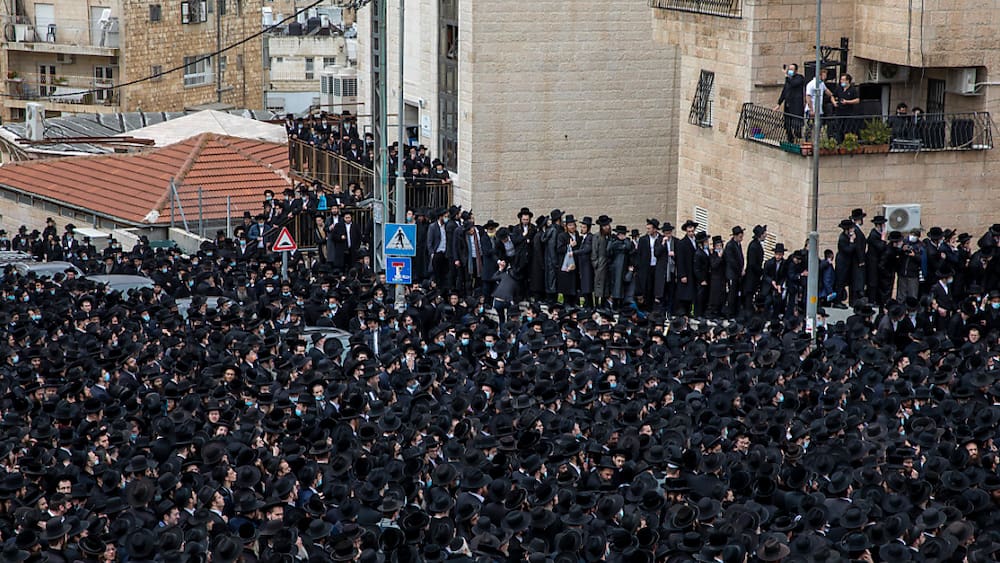 An influential rabbi was buried who, according to Israeli media reports, had died at the age of 99. He was infected with the corona virus last year, it said. Video recordings showed how thousands of ultra-orthodox people streamed into the cemetery unhindered and crowded. Many of them did not wear masks.

Defense Minister Benny Gantz condemned the violations of the lockdown, which has been in place for three weeks. “This is what an uneven implementation of rules looks like,” he wrote on Twitter about the mass participation in the funeral. “Millions of families and children are locked up at home and obey the rules, while thousands of ultra-Orthodox crowd to a funeral, most of them without masks.” He is not ready to agree to such a “fake lockdown” being extended. The rules should apply to everyone or nobody.

Prime Minister Benjamin Netanyahu recently called on the police to take action against all lawbreakers with an “iron fist”. However, there were always new violations. Netanyahu’s governments had also relied on ultra-Orthodox parties in recent years. During the Corona crisis, many critics repeatedly accused the 71-year-old of showing too much consideration for the interests of the strict religious. On March 23, Israel will vote for the fourth time in around two years. Netanyahu wants to become prime minister again.

Many ultra-Orthodox do not feel represented by the State of Israel. Sometimes they live in a kind of parallel world and follow the guidelines of their rabbis rather than those of the state. A large part of the new corona infections was recently recorded among the strict religious. In ultra-orthodox Jewish neighborhoods, large families often live together in a confined space.

The lockdown ends automatically on Monday night. In view of the high number of infections, the Ministry of Health is pressing for an extension of the measures.