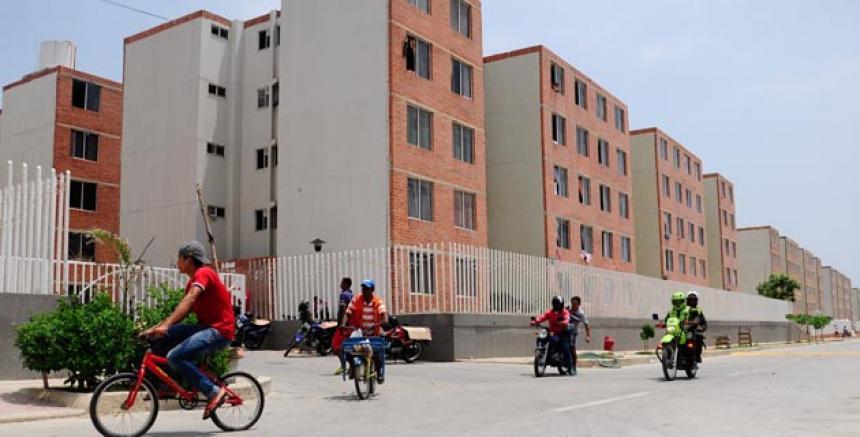 Three people wounded by bullets was the result of a shooting that took place late Saturday night inside the Las Gardenias urbanization, southwest of Barranquilla.

The exchange of shots was exactly at the entrance to groups 7 and 8. There, according to the police report, an alleged criminal was shot when he intimidated one of the officers who were attending the case. A woman and a teenager were also injured by projectiles.

The patrolmen arrived at the scene after receiving the report that a confrontation between gangs was taking place in the area. Among the uniformed men who went to the scene was the CAI commander of that area, who was intimidated with a firearm by Jhonatan Barraza Artuz, 23, being the officer’s driver who fired the shots at the alleged offender.

Barraza Artuz is a native of Medellín and has several judicial notations for conspiracy to commit a crime, homicide and illegal possession of weapons. This man was also seized a 9mm caliber pistol, with a supplier and a cartridge.

The other two injured people were identified as Brianis Estera Acuña Yatsi, 33, and the minor who is 17 years old.

The Ombudsman’s Office, in its last early warning, mentioned the case that is lived inside the Las Gardenias, Villas de San Pablo and Villa la Cordialidad housing complexes in Barranquilla; Nueva Esperanza, in Soledad, and Ciudadela Real del Caribe, in Malambo, which were delivered to beneficiaries between 2014 and 2016, mostly families who were victims of the armed conflict, affected by natural disasters and from areas where infrastructure projects were implemented. .

For the entity, these new residence conditions for this population, which was not used to living under the horizontal property rules “have led to conflicts” between neighbors over the use of community spaces, among other situations.

But the Ombudsman’s Office especially warns about the presence of members of illegal groups, who directly or in association with criminal organizations commercialize illicit drugs and charge extortion.

“The use of youth groups has been identified that have been intimidating the inhabitants of these housing programs to maintain territorial control through violent means. These gangs have organized around the local sale of narcotics and in the case of Las Gardenias there is a confrontation between gangs that have been organized by groups that correspond to the groups, ”says the early warning.

According to the information collected by the Ombudsman’s Office, the main problems faced by the inhabitants of these housing projects are threats to social leaders and administrators of residential complexes, extortion, homicides, micro-trafficking, and sexual violence against girls and adolescents.