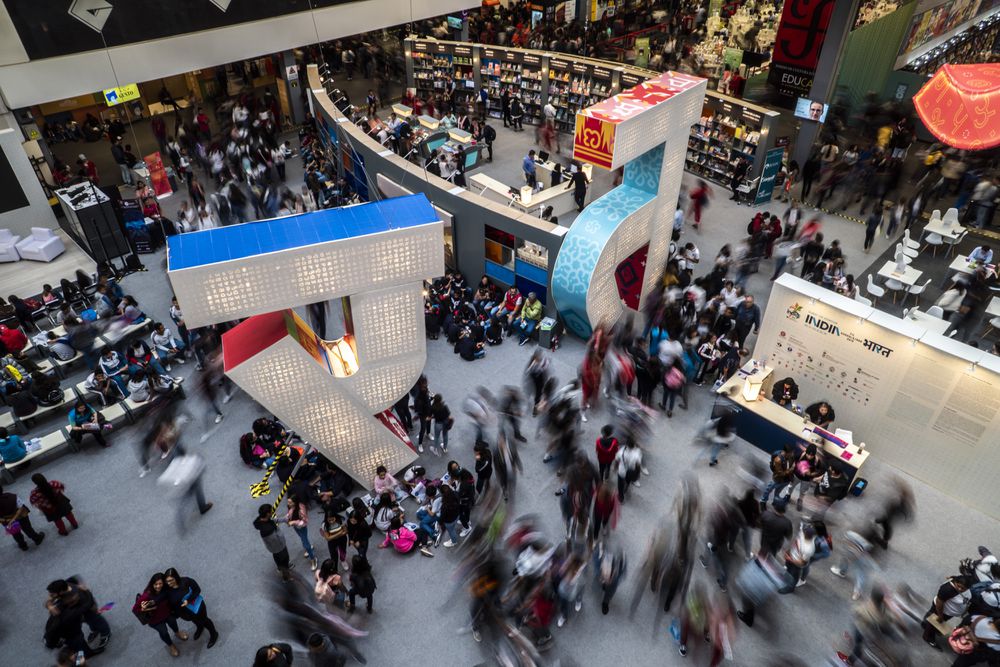 Reduced but alive. The Guadalajara International Book Fair (FIL) It starts this Saturday after months of uncertainty in which there was even speculation about a possible cancellation. The 34th edition of the largest publishing contest in Spanish will move to the digital world, like most cultural events during this pandemic year. With less ammunition than usual – last year there were 800 invited authors, for the 300 this year – but maintaining a program with the first swords of the international literary scene and two Nobel Prize winners for Science and one for Peace.

For one week – from November 28 to December 6 – the halls of the Guadalajara exhibition center, a 34,000 square meter mansion, will be replaced by computer screens. The Indo-British Novelist Salman Rushdie he will have a hand in hand with the Spanish Javier Cercas. Cuban Leonardo Padura will dissect the creative process of his works in an event organized by the Embassy of Mexico in Cuba and EL PAÍS. The Lebanese poet Joumana Haddad will inaugurate the (virtual) poetry room. More names: Sergio Ramírez, Etgar Keret, Guillermo Arriaga or Camilla Läckberg.

“We have worked in new and unknown circumstances. But we believe that we have managed to present a solid program that reflects the spirit of the fair during all these years ”, says its director, Marisol Schulz by phone. The classic blocks of the contest remain. Although this time there will be no invited country. “It was going to be the Arab emirate of Sharjah, but in this case it was meaningless to go digital. The guest of honor comes to do publishing business and to show a manifestation of their culture with their own pavilion. He was also going to be our first Arab guest. We did not want to burn that ship and we have moved it to 2022 ”, adds the director. For next year, the already confirmed guest country will be Peru.

In the awards section, Lídia Jorge, one of the most awarded Portuguese novelists and with a career deeply marked by the Spanish-American boom, will receive the FIL Prize for Literature in Romance Languages. Argentina Camila Sosa Villada, the Sor Juana Inés de la Cruz award for The evil ones, a fairy and horror story that revolves around a group of transvestites who prostitute themselves in a park in Córdoba (Argentina). The Mexican poet Marco Antonio Murillo will be awarded the José Emilio Pacheco and the prize for Indigenous Literatures of America will go to the Chol poet Juana Karen Peñate Montejo, for her collection of poems Isoñil ja´al (Dance of the rain).

Unlike Frankfurt, which has also turned its program digital this year, FIL is a fair with an audience. The weight of the business is, in any case, crucial. Mexico is the traditional gateway for the Latin American market and FIL its springboard. The sale of books and rights last year exceeded 40 million dollars with the assistance of more than 20,000 book professionals. The organization has also set up digital platforms for negotiation between agents and publishers. For this year, the registration of professionals has reached 3,000.

Without the usual income of the public, professionals and exhibitor rental, FIL estimates that the losses of this edition are around 30 million pesos (around 1.5 million dollars), which they hope to compensate next year thanks to the benefits obtained in previous editions. The fair will also continue to function as a center for debate and thought. Tables on migration, development, or science with speakers such as the two Nobles of Chemistry, Venki Ramakrishnan and Aarón Ciechanover, with a presentation entitled Moral dilemmas now and beyond the Covid-19 pandemic. A third Nobel, Mohamed ElBaradei, winner of the 2005 Peace Award, will speak at the international meeting of jurists.