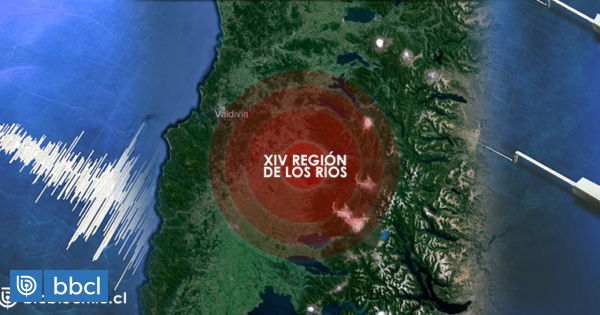 Four minor earthquakes felt during the morning in the River region. Three of them had their epicenter in the Panguipulli commune and one in Valdivia.

Three telluric movements of 3,7; 3,1 Y 3,8 they occurred this Sunday morning in Panguipulli.

Although they were smaller earthquakes, they still altered visitors and residents of the area, since were shallow, bordering between 6 and 10 kilometers.

The three tremors occurred in the same place where a landslide and rocks were recorded on February 11, due to a magnitude 4.7 earthquake. This earthquake was also perceived in part of the regions of La Araucanía, Los Ríos and Los Lagos.

The deputy regional director of the One my in the Los Ríos region, Alejandro Hennicke, confirmed that they are replicas of the previous one.

According to Onemi, these movements occurred in the Liquiñe Ofqui fault and were felt in the communes of Futrono, La Unión, Máfil, Los Lagos, Valdivia and Corral.

The geologist of the Institute of Earth Sciences of the Austral University of Chile, Daniel Melnick, recalled that the strongest earthquake felt in this same fault occurred in Aysén.

In addition to the three earthquakes that occurred in the Panguipulli commune, another was felt in the regional capital. But its epicenter was 156 kilometers west of Valdivia, that is, inside the ocean. This movement had a magnitude of 3.6 and a depth of 23.8 kilometers.

None of the tremors left damage or damage to people.