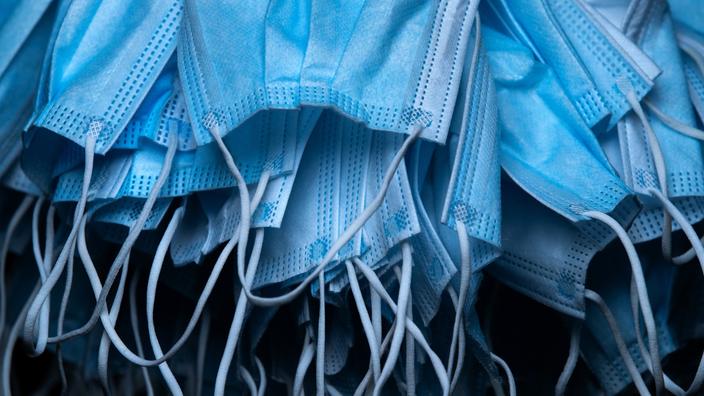 Several million masks made in China were sold in 2020 under the name “Made in France”, before a temporary worker denounced these practices.

The founder of the company Coveix was sentenced Wednesday by the Châteauroux criminal court to three years in prison, including one suspended sentence, with a committal warrant, for selling millions of surgical masks made in China by passing them off as French.

Read also“The“ Made in France ”, one of the pillars of the planetary prestige of our country“

The 61-year-old entrepreneur was also sentenced to a fine of 10,000 euros and a definitive ban from exercising a commercial or industrial profession, from managing or controlling a business or a company. The man, found guilty of fraud, deception and deceptive commercial practice, was also sentenced to ineligibility for five years. His vehicle, paid for by Coveix, which has since been placed in compulsory liquidation, was seized.

“The penalties are less severe than the penalties required, since the prosecution had requested four years in prison, including a suspended sentence, and a fine of 35,000 euros”, reacted the advice of the former leader, Me Daniel Guiet. The lawyer said he appealed.

Control of the DGCCRF after a report

The actions of the company based in Indre had been revealed following an inspection by the General Directorate for Competition, Consumer Affairs and Fraud Control (DGCCRF) in February 2021, after several reports.

The first had been made, in October 2020, by a temporary worker, who was moved to be paid to repackage in boxes stamped “Made in France” boxes of masks arriving from China.

DGCCRF investigators established that the entrepreneur had succeeded in convincing the company Alliance Healthcare to place an order for 17 million masks manufactured in France on behalf of Public Health France. At the time of the order, worth nearly 3.5 million euros in August 2020, the Coveix, created four months previously, did not yet have a machine, room or employee.

Read alsoTrade deficit: no more “Made in France”, advocates the High Commission for Planning

Taking advantage of the deposit paid by Alliance Healthcare, Coveix immediately ordered several million masks in China. Faced with the Chinese supplier’s refusal to lie about the origin of the products, the CEO then took the initiative to repackage them. Also according to the DGCCRF, the masks, which met French standards, were then sold up to six times more expensive because of the claimed French manufacture.