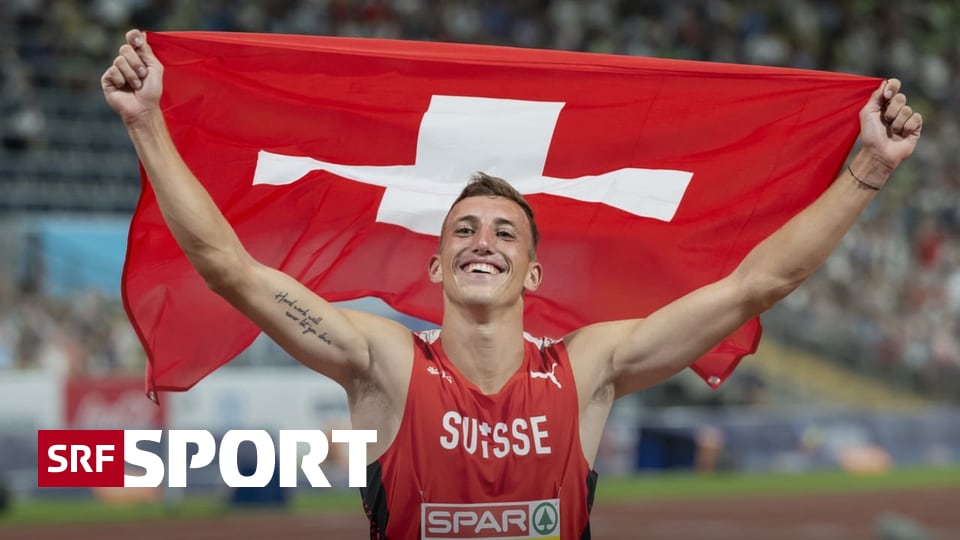 Great competition from Simon Ehammer! The 22-year-old Swiss was in the lead in the top division of athletics from the first discipline, set a total of two personal bests (high and pole) and two bests of the season (400 m and 1500 m) and flew to 8 in the long jump, 31 m (that would have been enough for the long jump specialists on Tuesday evening to win silver at the European Championships).

This exceptional performance at his 1st Elite European Championship was rewarded with a new Swiss record of 8468 points (previously 8377 points) and above all the silver medal. It is the 3rd international medal of the exceptional athlete among the elite in the last five months after silver in the decathlon at the World Championships indoors and bronze in the long jump (outdoor) at the World Championships. For Switzerland it is the 1st European Championship medal in the decathlon since Josef Neumann in 1938 in Paris (bronze).

Kaul outstanding in disciplines 9 and 10

The fact that Ehammer had to be intercepted by the later European champion Niklas Kaul, who was the 2019 decathlon world champion, in the final 1500 m race was bitter for the Swiss, but it had been indicated. In the 9th discipline, the javelin throw, the Appenzeller’s reserve on the German had melted from 520 to 178 points. This had to do with Kaul’s miracle throw of 76.05 m on the one hand and Ehammer’s relatively modest 53.46 m on the other.

And because Kaul, as the best 1500 m runner in the field in the 10th discipline, had a season record that was more than 40 seconds faster than Ehammer, a leader change had to be expected at the very end. That’s how it happened: Kaul ran completely unleashed in an impressive 4:10.04 minutes as the first to the finish line and thus advanced from 3rd to 1st place to the delight of the German fans in Munich. The 24-year-old from Mainz scored 8545 points. Silver went to Ehammer (8468), bronze to Janek Oiglane of Estonia (8346).

Absolutely top in 6 out of 10 disciplines

Even though Kaul passed Ehammer in the 1500 m, the Swiss record holder missed out on a possible gold medal in the throwing disciplines. With the ball (13th), the javelin (15th) and above all the discus (17th), Ehammer lost (too) many points to the top athletes. He finished last in the 1500m, but less than 8 seconds off sixth over the distance.

There was absolutely nothing to complain about in the other disciplines. Over 100 m, in the long jump as well as over 400 m and 110 m hurdles, Ehammer recorded the highest number of points in the entire field. He was also among the top 3 in the field of high jump (2nd) and pole vault (3rd).

approve guide for the sanitary authorization of products – Trade and Justice