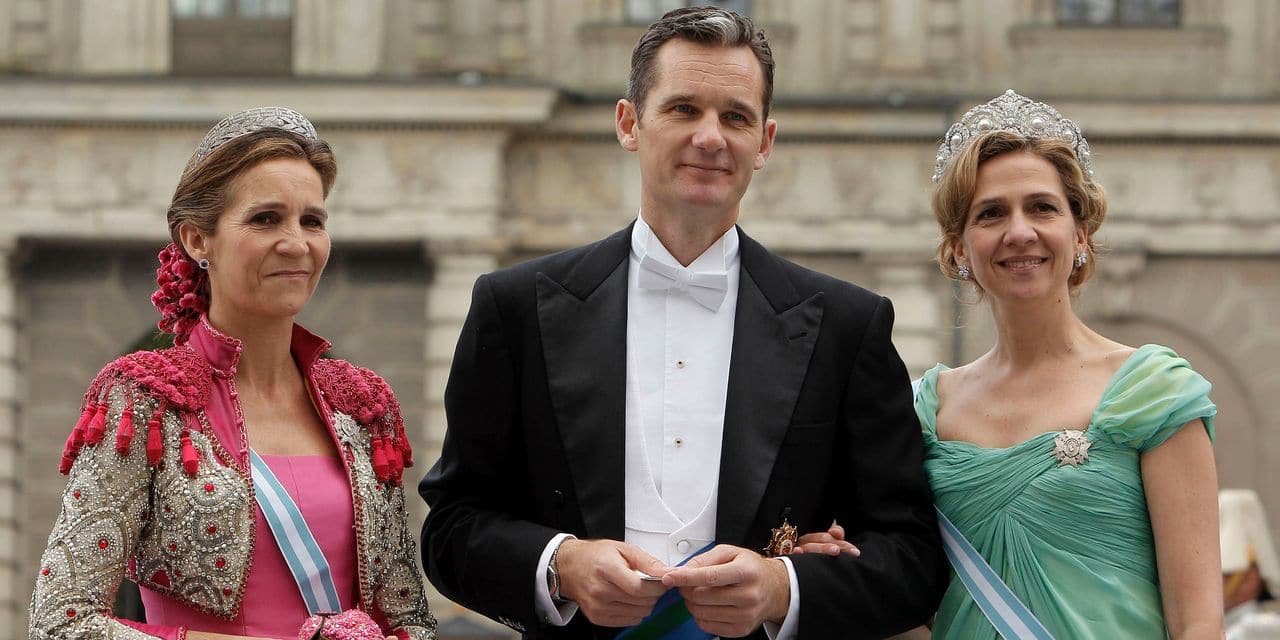 Media thunderclap this week in Spain. On Wednesday, the day of publication of the reviews of the press of the heart, the magazine “Lecturas” put on its front page Inaki Urdangarin, husband of the Infanta Cristina, in the company of another woman, hand in hand along a beach .

It was in 1997 that the Infanta Cristina, second daughter of King Juan Carlos, married Inaki Urdangarin in Barcelona, ​​a famous handball player he met during the Atlanta Summer Olympics in 1996. Inaki, whose mother Claire Liebaert is of Belgian nationality, was the ideal son-in-law. Withdrawn from sporting life, he became, to the astonishment of some, director of a Spanish telephone group in Washington where the family settled until the scandal of the Noos affair.

At the end of a trial that forever marked the Spanish monarchy, Inaki was sentenced to more than 6 years in prison for, among other things, embezzlement of public funds. The Infanta escaped. The couple was forced to sell their small palace in the Pedralbès district of Barcelona, ​​bought and renovated at great expense and which was one of the causes of this whirlwind race for money.

Inaki Urdangarin benefits from a transitional prison regime which allows him to be free. He works in a law firm in Vitoria, the city where his mother resides, with whom he is staying.

For her part, the Infanta Cristina lives in Geneva where she works for the Aga Khan Network. Their children Juan, Pablo, Miguel and Irene live respectively in Madrid, Barcelona, ​​London and Geneva.

The Infanta was going back and forth to Spain to see her husband. At the end of the year celebrations, everyone got together for a family ski holiday in Baqueira Beret. They also spent a few days in Vitoria, with the Infanta and her husband being photographed hand in hand.

This Wednesday, it was with another woman who works in the same law firm as him in Vitoria that the ex-duke of Palma de Mallorca – title returned to the Crown after his conviction – was surprised. This publication had an earthquake effect in Spain. The former handball player had certainly in the past already given a few strokes to the contract as one could say modestly, but the Infanta had passed the towel.

The rumors of separation were numerous especially at the time of his incarceration but the entourage of the couple had always denied. The Infanta had remained very much in love with her husband despite this setback in life and the geographical distance. Her relatives say she learned the news the day before it was published. Even if they had been living in a crisis for a few months, the shock would have been very hard to take for the Infanta who is still recluse in her Geneva apartment.

Their son Pablo responded very politely to the press attacking him on the streets of Barcelona, ​​stating: “These are things that happen but we will always love each other the same.

Awaited by a pack of photographers and reporters, Inaki faced the day after the publication of the photos. He laconically stated: “These are things that happen. We will manage them quietly between us”.

Separation and subsequent divorce seem inevitable. However, one wonders about the naivety of the person concerned who knows he is being followed by the press but also about the publication of these photos which raise more and more questions.

Wouldn’t we have knowingly decided to definitively eliminate Inaki, certainly an outcast since his trial, from the royal family?

King Felipe cut ties with his sister Cristina to preserve the image of the monarchy already more than tarnished with Inaki and the affairs of King Juan Carlos. Its future eviction now makes the horizon more serene.

Cristina meanwhile, benefits to this day from all the popular compassion that will eventually allow her to regain her place and her rank within the royal family.

All’s well that ends well, right? Except for what was a real love story 25 years ago.