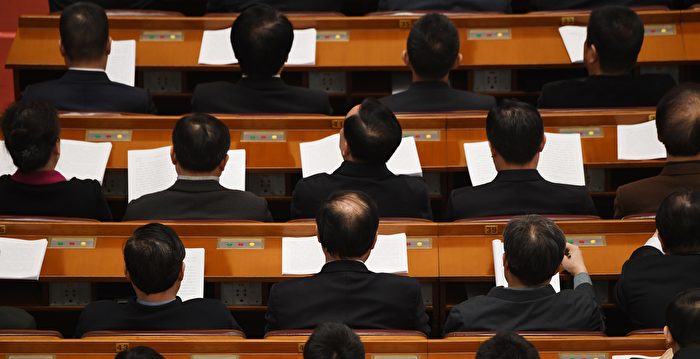 [Epoch Times, May 28, 2022]On the evening of May 28, official sources said that the former director of the State Administration for Market Regulation of the Communist Party of China (hereinafter referred to as the Municipal Supervision Bureau)Zhang GongappointedTianjinMunicipal Party Committee Member, Standing Committee Member, Deputy Secretary. Earlier it was reported that Zhang Gong would be the mayor of Tianjin.There have been many negative news in Tianjin recently, and the former mayor of Tianjin who was officially announced as “died from illness”Liao GuoxunIt is widely rumored that suicide was involved in corruption, and Tianjin’s GDP growth rate in the first quarter was the lowest in the country.

According to the practice of the CCP, the mayor usually serves as the deputy secretary of the municipal party committee first, and it is expected that Zhang Gong will be appointed as the mayor later by the National People’s Congress.

On the morning of May 28, pro-Beijing Hong Kong media revealed a new round of personnel arrangements by the Beijing authorities, including Zhang Gong, director of the State Administration for Market Regulation, to fill in for the person who passed away earlier.Liao Guoxunvacancy, served as mayor of Tianjin.

Liao Guoxun, the former deputy secretary of the Tianjin Municipal Committee of the Communist Party of China and mayor, was officially declared dead on April 27 after “rescue failure due to sudden illness”, but the official did not specify the specific time, place and cause of his death. Even the official has not announced the news of the farewell ceremony for Liao Guoxun. The news about Liao Guoxun’s suicide has spread like wildfire on the Internet earlier, and it has been pointed out that Liao Guoxun has been reported in large numbers to have a transfer relationship with two medical nucleic acid testing companies in Tianjin. However, the news could not be confirmed.

Zhang Gong’s airborne arrival in Tianjin also coincides with the city’s serious economic problems. On May 1 this year, the first-quarter GDP data of 31 provinces in mainland China were all released, and Tianjin’s growth rate was the bottom of the list, only 0.1%. The previously announced fiscal revenue for the first quarter showed that Tianjin saw the largest decline. The general public budget revenue in the first quarter was 51.98 billion yuan, down 19.4% from the same period last year.

Li Hongzhong, the current secretary of the Tianjin Municipal Party Committee, has always been accused of being a chameleon. He was originally the secretary of the princeling Li Tieying, and was promoted by Huang Liman, Jiang Zemin’s mistress. He was transferred from Hubei to Tianjin shortly after calling out “Xi Core” in 2016, and entered politics the following year. Bureau.

These famous moms only made boys!