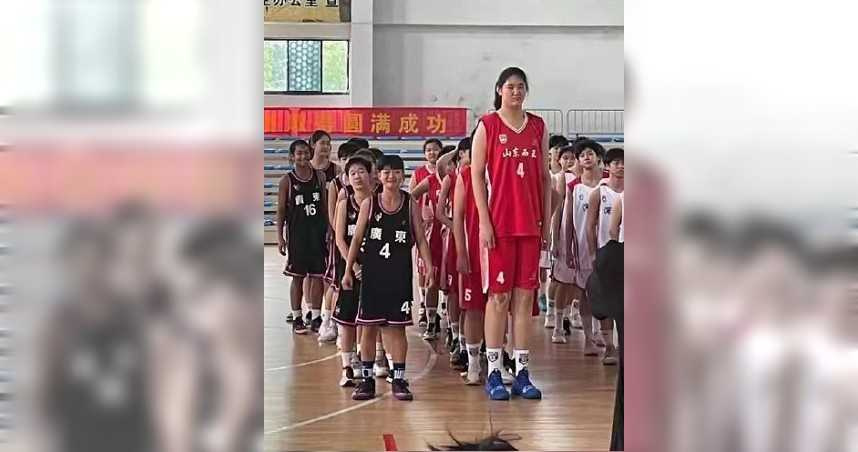 What a tall girl! Recently, in a basketball game in Hubei, China, a 14-year-old girl became popular because she was 226 cm tall, which was equal to Yao Ming’s height. In the women’s finals, relying on her height advantage, let her help the team. Winning the championship sparked heated debate.

According to comprehensive Lu media reports, this girl is named Zhang Ziyu. In the U15 Basketball League Women’s Finals, she scored 42 points, 25 rebounds and 6 blocks to get the Mountain East and West Kings team to win the championship. The height of Zhang Ziyu is clearly visible in the screen. A lot higher than the others in the same team, very eye-catching.

It is understood that Zhang Ziyu comes from a basketball family. Her parents were both professional basketball players. Her father is 213 cm tall and her mother is a former women’s basketball player. She is 198 cm tall. She has inherited good genes from her family. She is 226 cm tall as Yao Ming. same height.

After the news was exposed, netizens left messages: “I have reached the height I need to look up all my life at the age of 14”, “I feel like she is too lazy to move and can win without any technology”, “Future World Champion”, “You can divide your height into a little bit.” Give it to me”, “This is an absolute advantage”, “Too bully”, “This… adults and children are playing the same”, “The game is over before it starts.”

In fact, a “giantess” Zeng Jinlian appeared in China’s Hunan Province in the 1970s. At the age of 14, her height soared to 234 cm and her weight reached 135 kg. However, she died suddenly at the age of 18, when she was 248 cm tall. According to the data, it is the tallest adult woman in the world.