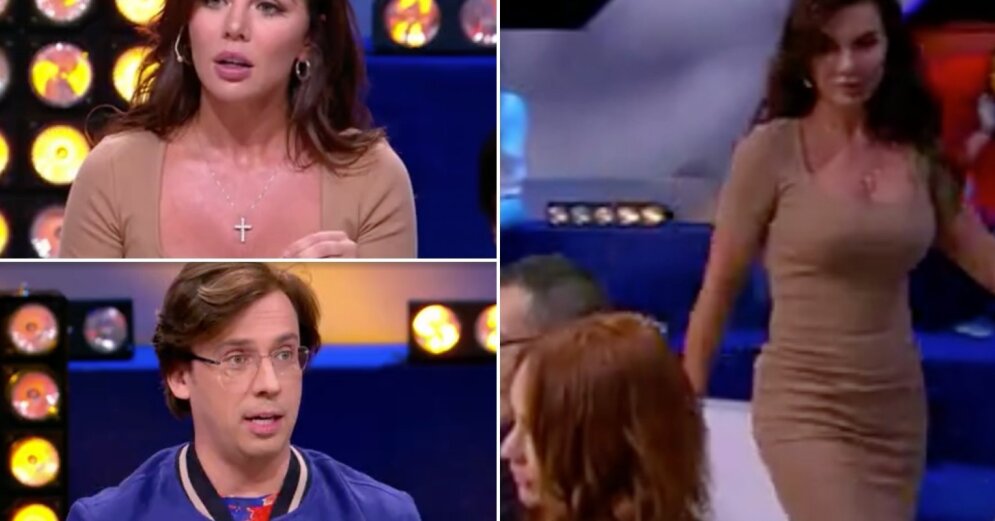 “Modern Cinderella: The Road to Happiness” was the name of the February 27 TV show “Tonight” (“Сегодня вечером”) broadcast by Russia’s First Channel. The host of the talk show is the well-known humorist Maxim Galkin.

In the studio, he had invited Anna Sedokov, along with other famous women in Russia, to share her difficult path to personal happiness. However, the plot prepared by the editors of the program thoroughly offended the singer, even more so – before the second plot (interview with Jānis Timm’s mother Ausma) Sedokova left the TV studio.

“A very unpleasant, biased story. Not because of me, but because of my husband. I love this man insanely, he came into my life and finally made me happy,” Sedokova explained. “The story is repeated all the time: she just gets married and divorces right away! Yes, someone lucky enough to find the only love of her life on the first visit, unfortunately I didn’t get it. I don’t trust men and I made a lot of mistakes. But the man who created this material condemns for the fact that she strives for happiness. Should I stay with a man who drinks? Or be – as my mother said – no unnecessary divorce? ” outraged was the singer. She believes that the material prepared by the editors of the show is tactless in relation to Jānis Timms, who, moreover, has never blamed his wife for erotic photographs or mistakes of the past with other men.

See Also:  artistic events in the days of the coronavirus

Sedokova explained that she is suffering from public evil all the time, the so-called “hit” on social networks. She knows why: because even after great concussions and pain, she is always able to get up again and continue on her way. The artist also literally “hurt” the wedding with Tim, which was published on social networks, because people’s comments about them and the children did not stop. “I am infinitely grateful to my husband for seeing my true nature in spite of everything,” Sedokova said, “increasingly” in the studio. Galkins reassured the guest that all this was a side effect of popularity, and he had experienced it.

At the moment when the host of the show announced the next story – an interview with Timma’s mother – Sedokova exclaimed: “And you think it would be right to show my loved one’s mother after this story? This great and bright person?” Galkin said, “But she’s not saying anything bad about you!” Sedokova revealed that she has a wonderful relationship with John’s mother Ausma and decided to leave the TV studio. The singer said goodbye politely, said thank you and said, “Never give up! But that doesn’t mean you have to endure something like that. I love John’s mother very much,” Anna said, getting up from the negotiating table. It should be noted that the show was recorded before the couple arrived in Riga, and that day Jānis was waiting for his wife from filming the show “near a restaurant with children”.

See Also:  Ramón Menéndez Pidal, the man who made the Spanish language shine

The storyline, however, was shown. In it, Timma’s mother Ausma says that Jānis introduced her to Anna after seducing her loved one. “When she accepted the offer, we made contact for the first time. Not in life, but on the Internet. Physically we still haven’t met because of the quarantine. We weren’t at the wedding. I’ll see you soon! Anna promised to treat me to Ukrainian borscht,” filmed even before Timma’s visit to Riga, said Ms. Ausma. She knew Anna Sedokova before her son met her loved one – as a member of the pop group “VIAgra”.

It has already been reported that the 28-year-old Latvian basketball player exchanged rings with the famous Russian singer Sedokov of Russian origin last autumn. This is the third marriage for Anna, but the second for Jānis. Last week, after the infamous Latvian national team match against Bulgaria, Timma was on holiday in Riga – Jānis was raising his baby from his marriage to San Timm, but Anna enjoyed Riga.