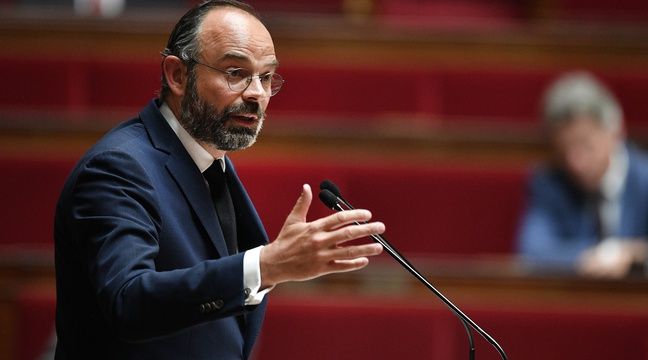 A speech, and a new date. During his eagerly awaited address to the Assembly on the deconfinement plan,
Edouard Philippe unveiled
a schedule and a new horizon to adjust the restrictions, June 2, three weeks after May 11, the fateful date of the lifting of the containment put in place six weeks ago to curb the epidemic of coronavirus. The Prime Minister set a precise agenda, illustrating the progressiveness of the deconfinement desired by the executive, while the virus is still circulating in France. Cautious about the loosening of restrictions, the government also wishes to rely on local elected officials and the civic spirit of the French to succeed in deconfinement.

A new stage set for June 2

The list of restrictions maintained is longer than that of the constraints lifted, according to the plan presented by Édouard Philippe. On May 11, children will be able to return to nursery, kindergarten or elementary school, on a voluntary basis, but colleges (until May 18) and high schools will remain closed. You can travel without a certificate, but within a maximum of 100 km around your home. Telework is recommended for all businesses, and cafes, restaurants, cinemas will remain closed. Neither a festival, nor a major sporting event, and especially no weekend at the beach. The Prime Minister insisted a lot on the “progressiveness” of deconfinement.

To materialize it, he presented a new calendar. Between May 11 and June 2, “a new phase will make it possible to verify that the measures implemented make it possible to control the epidemic of coronavirus, and to assess the measures to be taken for the next phase which will go as far as summer “. A new meeting to assess the possibility of lifting or not lifting the travel ban from one department to another, as summer vacation approaches.

“Reassure” and “give yourself slack”

“This gives a new horizon to the French, and slack in the government,” notes Bruno Cautrès, research director at CNRS. “He gives himself some leeway to adapt, refine his decisions, and thus avoid the main communication problem he has had since the beginning of this crisis: the fact of sending contradictory messages.”

A delay that can “reassure public opinion,” said Chloé Morin, associate researcher at the Jean Jaurès Foundation. “With the executive wavering, the French are wondering if the country will be ready on May 11 for deconfinement. The anxiety is about the how, more than the date. ” This milestone of June 2 “is another reprieve” in the management of this health crisis, while 65% of French people believe that the executive is “not up to the task”, according to a poll published Tuesday.

The government has little choice but to procrastinate, according to political scientist Olivier Rouquan. “Edouard Philippe’s speech, very clear and precise, finds its limits in the difficulty of the situation: faced with the unknown, the political decision-maker constantly adjusts his choices.”

Take the time to adapt the plan to the territories

The task of the local actors promises to be important in the days to come. “The state is very much in the hands of local actors, but some have raised concerns or divergences on crisis management,” notes Olivier Rouquan. The bet is therefore risky, not to mention that “this could be seen as a way for the government to discard the elected officials, if the framework set at the top of the state is not considered sufficient”.

The call to good citizenship

In addition to the prefects, mayors and departments, the Prime Minister also appealed to individual responsibility. “Success will not rest on the sole authority of the state but on the good citizenship of the French.” “It’s good, but it cannot be a pillar of public action,” said Bruno Cautrès.

No measure will contain this epidemic if the French do not apply them. If the viral chain is not replaced by a solidarity chain. From May 11, success will not rest solely on the authority of the state but on the civic spirit of the French. pic.twitter.com/jZSXOnNQBh

Edouard Philippe did not specify how the government will react if the decisions of local elected officials do not work, or if the French are not “civic”. “There is a shadow in his speech about possible sanctions or constraints, maybe he wants to go gradually,” said Chloé Morin. Clarifications should be made in the coming days by the ministers, with the fear of repeating the errors of the previous after-sales services of the speeches of the executive tandem.

See Also:  After all, no one was free of anyone - for now - News