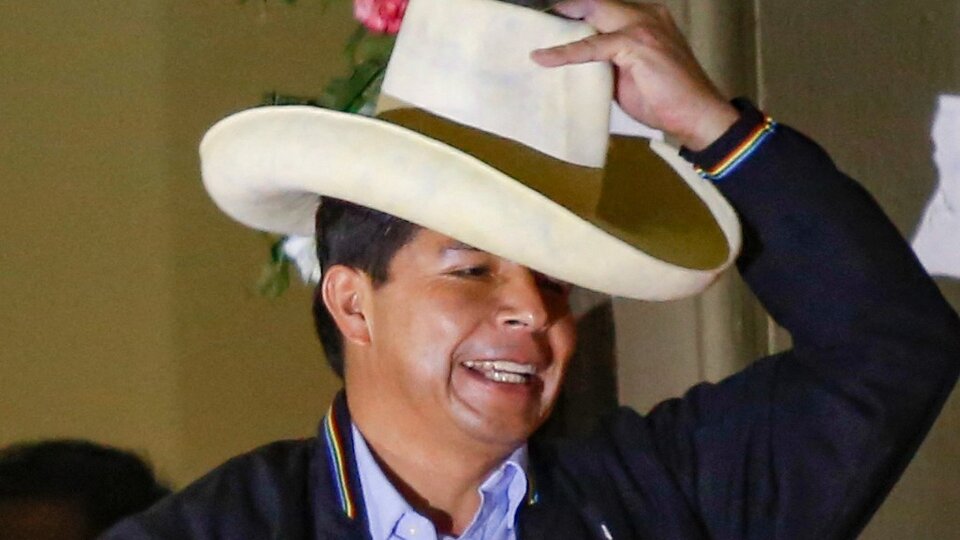 Son of illiterate peasants, Pedro Castillo, 51, a teacher at a rural primary school and a left-wing trade unionist, He has achieved an important connection with the deep Peru, from which he comes. That has led him to the presidency. His election has awakened the hopes of the popular sectors, the excluded, and the expectation of the region. Alien to the political class and the circles of power, his arrival to the presidency has been a surprise to all. His discourse of change and his popular and Andean origin have frightened the elites and triggered racist reactions. He was born in the small town of Puña, in the Andean province of Chota. At school he met his wife, Lilia Paredes. The two also studied together to become teachers. To go to teach at a small rural primary school, she had to walk an hour from her home. He combined his work as a teacher with his work on his small farm. He made headlines in 2017, when he led a nationwide teachers’ strike that lasted more than two months. He did so by leading a dissident faction of the teachers’ union. They demanded salary increases and the cancellation of evaluations for teachers. With that antecedent, in 2020 he was called by the party Free Peru to be your candidate for the presidency.

This Wednesday, Castillo will become the first Peruvian president to come to power running for a left-wing party. An antecedent is that of Ollanta Humala, who won the presidency in 2011 supported by the left, but he himself and his party never defined themselves as the left and within months of entering the government Humala broke with his progressive allies. The only precedent for a leftist regime in the country is that of General Juan Velasco (1968 – 1975), who came to power with a military coup, and came out the same. Velasco led a government that launched a series of economic and social reforms that were the flagship of the left.