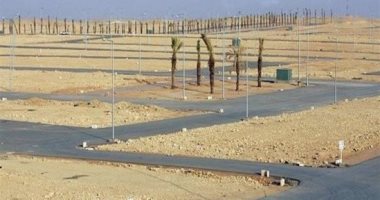 The day begins at ten o’clock in the morning, receiving requests to reserve the most exclusive, privileged and medium plots of land in a number of new cities.

Dr. Walid Abbas, Assistant Minister of Housing for New Urban Communities Authority Affairs, and supervisor of the authority’s planning and projects sector, said that the offering comes with the aim of providing plots of land for citizens wishing to build their own homes, on a permanent and easy basis, and without any precedence, whether to enter the site, or Transforming the seriousness of the reservation, or reserving the plot of land, and the offering includes 305 plots of land, distributed on the various housing axes as follows, 143 plots of land in the most distinguished land axis in cities (New Cairo – May 15th – Badr – New Assiut – New Mansoura), in addition to 104 plots of land In the axis of distinguished lands, in the cities of (Sadat – New Salhia – New Burj Al Arab), in addition to 58 plots of land in the axis of intermediate lands, in my city (New Nubaria – Tenth of Ramadan)..

He added: The steps for reserving the offered plots of land, which will take place starting next Thursday for a period of two months, begin by entering the following link. (https://reserve.newcities.gov.eg)To view the plots of land available in each axis, and to download the conditions brochure for the axis of the subtraction that the citizen wishes to reserve.

And the Assistant Minister of Housing continued: The person wishing to make a reservation creates a new account, and fills in the required data such as (the national number – the name from the national ID card – the email address – the mobile number – the current address), then he chooses the axis and the city to be booked in, and chooses the location, And clicking on the word details, to show him a list of all available plots of land (sketches – detailed table), then he completes the rest of the reservation procedures described in detail on the site, including (insert the payment currency for the remainder of the price of the land for the most distinguished plots of land – insert the percentage of completion for the remainder of the price of the land for axes Distinctive and medium plots of land), until the reservation form is extracted, which includes all the data and options listed by the confiscator, and is signed. The form also includes a pledge stating that the applicant, his wife, or his minor children have never allocated a housing unit or plot of land to any of them within the social housing project. And it is attached after signing to the website, as well as attaching a receipt for the seriousness of the reservation and study fees.

Dr. Walid Abbas pointed out that the website will allow the bookers to indicate the number of those wishing to book each piece of land during the opening period of the reservation door, and that in the event of crowding on one piece of land in the axis of the most distinguished plots of land, the payment currency will be referred to, which is given preference for payment. In US dollars (transfer from abroad or from within, provided that 60 days have passed since depositing it in the bank), while the distinguished and medium plots of land will be referred to the highest percentage of completion for the remainder of the price of the plot of land, and in the event of equality, the public lottery will be resorted to between the two seizers, stressing that the two seizers will not be able to Modifying the desire, or amending any of the payment currency, or the percentage of completing the price of the land, after booking and paying the seriousness value specified for each axis, which amounts to 350 thousand pounds for the most exclusive plots of land, 100 thousand pounds for the distinct plots of land, and 25 thousand pounds for medium plots of land, in addition to the expenses The study, and the choices specified by the confiscators regarding (payment currency – completion percentage) will remain blocked until the end of the reservation period..

The total of Bueng Kan COVID-19 rises to more than 300 cases per day, suggesting the people to speed up the vaccination booster.