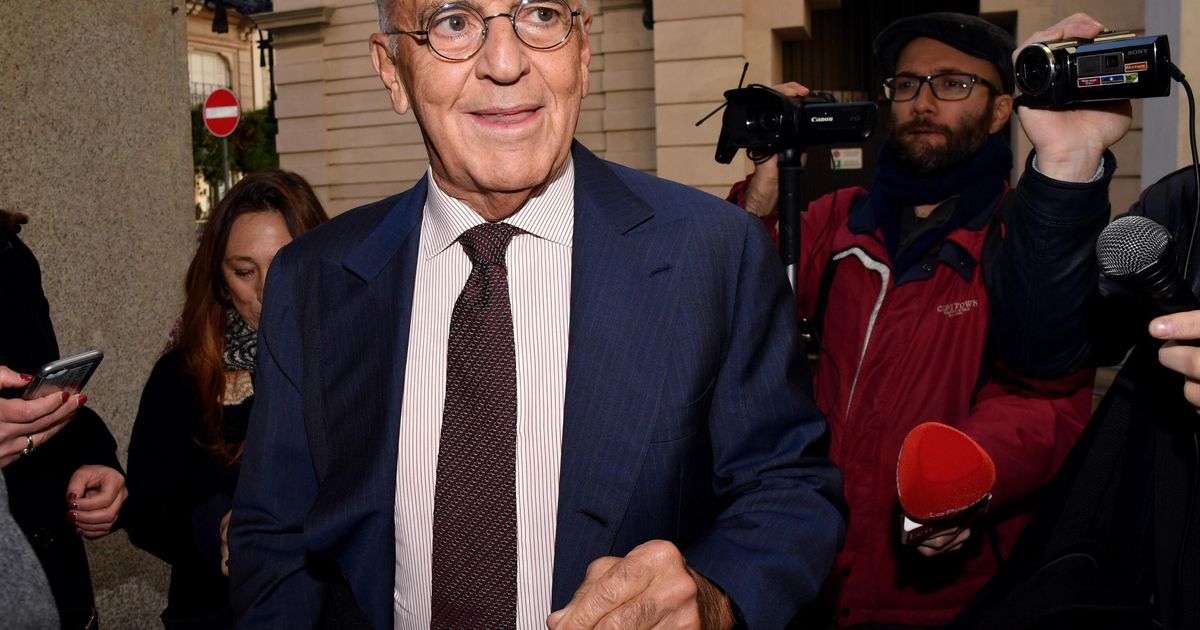 Francesco Micheli can rightly be considered a “great old man” of finance because he has seen many from the sixties to today and can take a long look at the events of that world. Thirty-five years have passed since he climbed Carlo Bonomi’s Bi-Invest in 1985 in a hostile way, and thirty-three since climbing to Fondiaria. What provoked the well-known comment by Gianni Agnelli: “Bi-Invest humanum, Fondiaria diabolicum”. Both companies then ended up in the belly of Montedison. Micheli, after 10 years of Borsa “shouted” alongside the legendary tycoon Aldo Ravelli, moved to IMI and then to Montedison di Cefis for the defense, together with Enrico Cuccia, of the Bastogi attacked by Michele Sindona: years of fire, as manager of the group’s financial holdings. Then on his own, creating several companies, what are now called startups: from Finarte to Sviluppo (sold to the Dutch Ing, now IngDirect) up to Fastweb and today to biotechnology with Genextra created with Veronesi and to Intercept which has listed on the Nasdaq.

What has fundamentally changed since then in Italian finance?

“An epochal change, it seems to be licet, as a passage from the Old to the New Testament. From the Far West of the “shouted” Stock Exchange to the technological one with today’s managed savings in which at least two thirds of the exchanges are carried out, in full autonomy, by computers, instead of the operators of the past ”.

At that time Consob was just born, finance was much less regulated.

“It was the era of the first cries of Consob, set up after years of waiting and requested by some exchange agents and very lucid operators: Albertini, Boffa, Introini, Ventura, Fumagalli, Roveraro, Alberto Milla and so on”.

Now Consob is a consolidated institution. Are we all more relaxed?

“Until a certain point. Once created, Consob, asked by enlightened operators such as those I have just listed and not only, has increasingly taken on a rather bureaucratic character where form is over substance (the form is more important than the substance, Ed.) “.

“If a listed company – and not only in Italy – is forced to fill tons of paper, with costs that are not indifferent, fulfilling every request and rule, this is not enough to guarantee the market because everything, in reality, will then depend on the fact that the summit will be honest or not. Because the summit can actually do everything and more, as long as it is not discovered. Hence the biggest international scandals of companies that apparently have always fulfilled the requests of the supervisory authorities. Paradoxically, the Far West of the old stock exchange, based on a few rules, certain and very rigid, worked much better. When an operator “sgarrava” was put aside and no one accepted his name, his “is fine”. The transactions were all shouted in the physical sense and the word was sacred. “

“In a sense. The same was true for listed companies where the market was much stronger. “

At that time the center of the “Northern Galaxy” was the Mediobanca of Enrico Cuccia. For years and years journalists and commentators have criticized that “relational capitalism” of which Mediobanca was the heart, hoping for an open capitalism where the market dictated the agenda. What were the characteristics of that relational capitalism? Was it really necessary for this to be the case, that is, a network of cross-participations to avoid hostile climbs, perhaps from abroad, or not in line with Cuccia’s wishes? Or was it just the form that capitalism had taken because there was a man like Cuccia?

“Cuccia was the creature of the greatest post-war banker, Raffaele Mattioli, who put him in charge of a new company, Mediobanca, controlled by what were then the three banks of national interest (Banca Commerciale, Credito Italiano and Banco di Roma) . Mediobanca should have had the function of hinge already missing then between ordinary banks and small and medium-sized companies, those which represent the constant backbone of the Italian economy. “

But it doesn’t seem that things went as planned …

“Indeed. Cuccia immediately changed politics with a 180 ° turn, transforming Mediobanca into the “good parlor of finance” that has been much talked about, addressed only to the actors of the great national capitalism, gathered in a self-referential union pact. One of the reasons is that Italian capitalism compared to French or American capitalism has always been rather weak in terms of financial availability “.

Cuccia was closed like an oyster, he didn’t talk to anyone, he didn’t say anything. Nor did he hesitate to deny what they wrote about him. She who knew and attended him, how was he really?

“Enrico Cuccia was a character as bright and witty in the private as closed and obscure in the public image that he transmitted, but he had a diabolical ability to move the pieces of the chessboard, almost always in conflict of interests as Guido Rossi theorized that, moreover, was his favorite lawyer with Mignoli. The shareholders of Mediobanca that had been chosen were in fact not ‘shareholders’ but ‘debtors’ of reference, copyright Sergio Siglienti who was also president of the Commercial Bank “.

Some say that the structure wanted by Cuccia had at least the advantage of having armored the Italian groups from any foreign aims, given the chronic lack of capital in Italy.

“Certainly Cuccia took action to defend and armor the Italian groups who risked, precisely because of a lack of capital, to pass into foreign hands. But it must also be said, conversely, that every time the president of Mediobanca carried out reckless operations, or tense leg operations on certain groups, he justified himself – using journalist friends especially in Milan – precisely with the danger of the arrival of foreigners “.

Cuccia didn’t want any interference from the state either …

“Certainly Cuccia defended Italian capitalism not only on the economic level but also against what was a danger for him: the state. And this despite the closeness, also familiar, with one of the founding fathers of IRI, the healthy one, Alberto Beneduce. He also tried to create new dynasties, taking on in Mediobanca practically all the children of the great protagonists of the economy of the time with moderately modest results that probably helped his game. By following the children of the powerful, he obtained the respect of the fathers. “

Did you say earlier that the reference shareholders that Cuccia had chosen for Mediobanca were “reference debtors”? What does it mean?

In the Mediobanca Pact of Syndicates there were many people, often financially rather weak, at the top of companies that owed Mediobanca. So, more than reference partners, they were real reference debtors.

And what is today’s Mediobanca?

“Today’s Mediobanca is a completely different thing. Except for the president, Renato Pagliaro, nobody has ever known Cuccia and even many good young journalists don’t even know who he was. From a one-time holding bank it did not evolve according to the market and ended up losing a few trains. The potential remains huge, the brand is very strong but it would take a good tail end. “

If a new Cuccia arrives, could Mediobanca return to the model of the past?

“With the current rules, a new kennel would have its hands completely tied, it couldn’t even exist.”

Today the Northern Galaxy seems shattered. Do you see a new balance? Which? Someone has seen a very strong liason of Mediobanca with Unipol, but also with Intesa. Is this the new strong nucleus of Italian capitalism?

“I do not believe. The Mediobanca-Unipol-Fondiaria operation was a clever and brilliant solution, on the skin of Salvatore Ligresti – who had also combined all the colors – which made it possible to avoid significant suffering. I already told you about Mediobanca: it is no longer the same as before and its role has been reduced. Unipol is an important partner but does not have an aggregative force. Intesa, on the other hand, is a completely different thing, it is the strongest Italian bank and also the largest insurance company, very well managed. Even more ‘system bank’ today than in the days of Passera, and in harmony with Rome “.

Are you telling me that the real dominus of Italian finance is today Intesa?

“There is no doubt. You can see it from many things: from the intervention on the Venetian banks but also from the takeover bid that will be launched on Ubi, which takes the fourth Italian bank out of the way and makes the institution led by Carlo Messina the first in Italy ”.

Generali has long been controlled by the Mediobanca-Unicredit duo, where an important role was played by the French through the participation of the Breton financier VIncent Bolloré. But now they seem to have let go. Because?

“Journalists have always wanted to see who knows what plots the French have made to get their hands on Generali, but the truth is that their interest has been more opportunistic than a long-term structural vision. It is no coincidence that Vincent Bolloré is an excellent trader rather than a long-term investor. “

Do you think the French will console themselves by attempting the merger between SocGen and Unicredit?

“SocGen and Unicredit … past water”.

Does Del Vecchio’s move today, with the growth of the shareholding in both Generali and Mediobanca, prelude to a new balance in finance?

“Del Vecchio’s move is an act of great entrepreneurial courage conditioned however by the assent of the ECB. The limit that perhaps concerns the supervisory authority lies in the fact that it would represent the only European financial reality controlled by a natural person, compared to public companies across the Alps “.

What are Del Vecchio’s real plans?

“Meanwhile, I think that if Del Vecchio immediately explained what he has in mind about the future of Mediobanca, the operation would perhaps not be questioned by the Brussels authorities. As for the meaning of his plans, much could be traced back to personal reasons, related to the IEO case (the hospital founded by Umberto Veronesi thanks to the financial support of Cuccia and to which Del Vecchio would have wanted to make a donation of 500 million transforming for this in the reference partner, but that Mediobanca has blocked). I believe instead that he made the move to rise from 10 to 20 percent of Mediobanca’s capital, realizing that with the same figure proposed for the IEO he could have invested in the control of Mediobanca obtaining, in cascade, the IEO itself. A stroke of genius. How to buy, with the same money, the Ferrari company instead of the dealers “

Coronavirus masks, with or without: here’s what happens