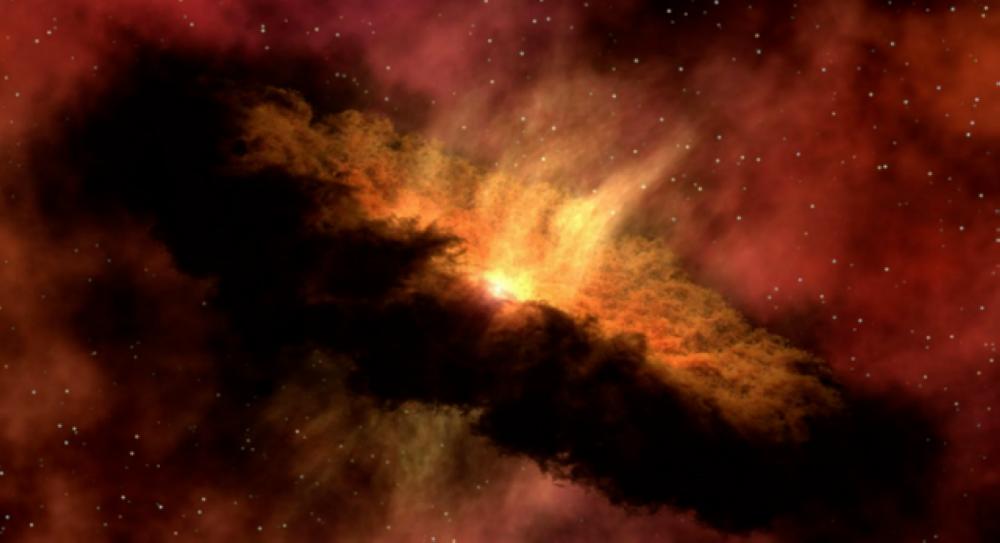 today’s events – Light and the most energetic particles in the universe are always a mystery, and sure, we can track some of them, but there’s more gamma radiation and neutrinos streaming through the universe than can be explained.

And astronomers have just found an explanation for some of them: nearly dormant black holes. This, they say, could explain the increase in ‘soft’ gamma rays in the universe without relying on cold (non-thermal) electrons – which has always been a problematic explanation, because electrons become thermal on time scales thought to be too short to generate high particles. energy.

Gamma rays and neutrinos are not exactly rare. Gamma rays are the most energetic form of light in the universe, and have been detected at extremely high energies – the TeV range.

Neutrinos, or ghost particles, are nearly massless particles that flow through the universe, barely interacting with anything at all.

In order to obtain these energies, the photons and the particles within them require a cosmic accelerator. These must be high-energy objects, such as a supernova remnant, or a black hole actively devouring material.

However, even once we account for these high-energy sources, we still have an excess of gamma rays at lower “soft” energies, as well as an excess of neutrinos, which is hard to explain.

According to a team of researchers led by astronomer Shigeo Kimura, of Tohoku University in Japan, the excess may come from an unexpected source: supermassive black holes that are almost dormant, but not completely, and not fully active.

When a supermassive black hole becomes active, it is surrounded by a massive disk of dust and gas that is slowly drawn into the black hole. The massive forces in space around the black hole heat the material in the disk so that it ignites at a range of electromagnetic wavelengths, including gamma radiation.

In addition, some material is pulled around the outside of the black hole along its magnetic field lines, which act as an accelerator toward the poles, where they are released into space at a large proportion of the speed of light.

Kimura and his team show that excess gamma rays in the low-energy range – megaelectronvolts instead of gigaelectronvolts or tera-electronvolts – can be produced by supermassive black holes that accumulate at a level so low that they are too faint for our telescopes on Earth.

In fact, hot plasmas can reach billions of degrees – hot enough to generate gamma radiation in the megaelectronvolts, or what we call “soft” gamma rays.

Within this plasma, protons can be accelerated to high speeds. And when high-energy protons interact with radiation and matter, they can generate neutrinos – thus also explaining the neutrino increase. And there are enough of these quiet supermassive black holes in the universe to explain at least a large percentage of these extra signals.

With this information, astronomers should have a better idea of ​​what to look for in future observations – and the mystery of the inexplicable gamma rays will be closer to a solution.