In the competition, Shi Tingmao/Wang Han gradually opened up the distance from the other players from the third jump. In the last jump of 405B, Shi Tingmao/Wang Han scored the highest score of 76.50, helping the Chinese team to completely lock the gold medal. At the moment when the score was announced, Wang Han turned his back, embraced Shi Tingmao, and shed tears. 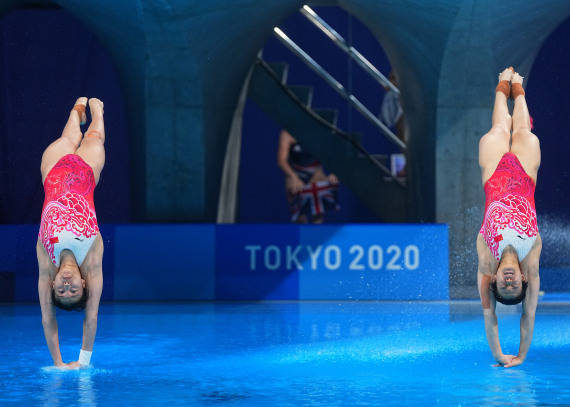 “When the score came out, the two of us hugged and thanked each other first, and then she thanked me for partnering with her. I thanked her for taking me to win the first Olympic gold medal in my life, so this time there will be a little tear duct (developed) “After the game, Wang Han was able to share his mood when he won the first Olympic gold medal in his life with a smile.

According to the epidemic prevention requirements, athletes will pick up the medals, bouquets and Olympic mascots on the tray at the Tokyo Olympics award ceremony. On the podium, the experienced Shi Tingmao took the lead to pick up the gold medal and put it on Wang Han, who participated in the Olympic Games for the first time. After wearing each other’s gold medals, the two embraced again. 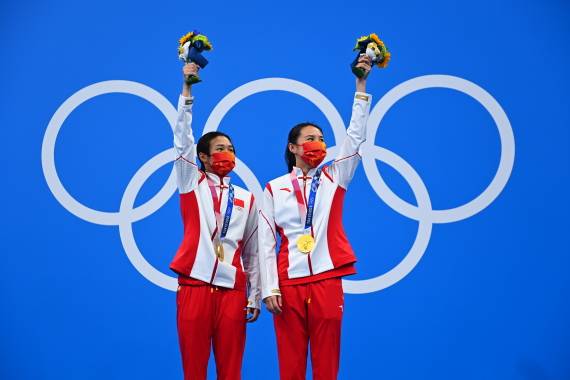 Unlike the past, there are no spectators in the diving arena of the Tokyo Olympics. Shi Tingmao, who won the third Olympic gold medal in his life, said that the empty field will not affect him, “because the applause is already in my heart.”

The women’s 3-meter springboard preliminaries will be held on the 30th, when Shi Tingmao and Wang Han will form the “double insurance” of the Chinese team and play together.