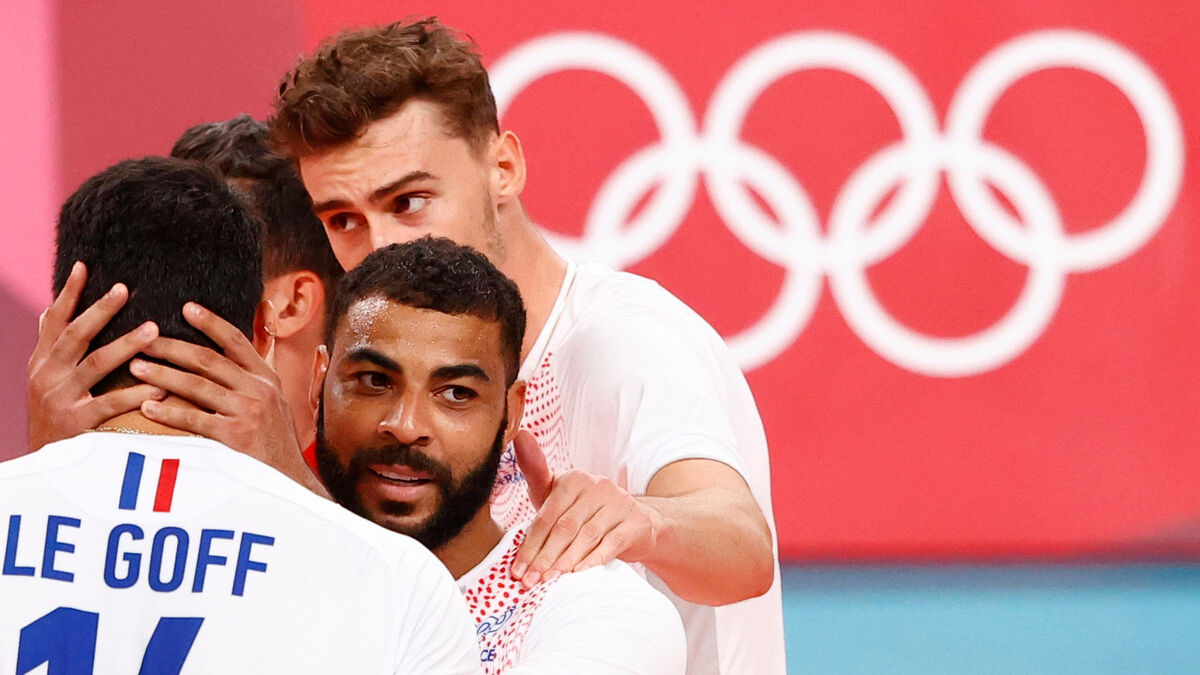 And at the end of it all, a defeat. But whatever, we do not want to summarize this Olympic France-Brazil in the simple summary of the scoreboard and this victory (25-22, 37-39, 25-17, 21-25, 20-18) de la Seleção on the Blues. One, because the France team qualified for the first quarter-final of the Olympic Games in its history thanks to this bonus point scratched by winning two sets, and without having to depend on the result of Argentina-United States In the evening. Two, because she showed, in the wake of her great victory against Russia (3-1) on Friday night, that she no longer intends to lower her eyes.

If you want a feel for the current state of mind of the gang, take a look at the second set of the game against the reigning Olympic champions. 51 intense minutes of sport, eleven set balls from the Blues to change the case and all the rage of Earvin Ngapeth, author of the decisive point and congratulated by all his partners, bench included. The sequel was not in the same vein, with a one-sided third set. But the fourth round firmly won and the tie-break where they lost four match points plead in favor of a transformation of a team in great difficulty at the start of the tournament, with two games lost against the United States (0- 3) and Argentina (2-3).

Above all, France is avoiding a remake of the scenario of Rio 2016, where it had left the competition from the hens. “There is a lot of happiness because we had to go and get this qualification,” smiles the French boss Laurent Tillie, relieved of the outcome. We are survivors and we only want to think about the next game. “

“Have you seen Novak Djokovic?” “

Good thing, it happens quickly. The Blues, who will finish fourth in the group, inherit Tuesday from the impressive Poland in the other pool and launched towards an Olympic title which stubbornly eludes it. “We would have liked to win this match to have a more affordable quarterback, but we are not afraid of anyone, says Earvin Ngapeth, absolutely huge Sunday with 29 points against Brazil. It’s just a bonus, it’s just fun. We’re going to get this quarter. “At Ariake Arena, the Blues have released the image of a united collective, like the substitutes who have improvised as supporters by throwing a clapping on one of the Blues match points.

“It’s really important to have a bench that grows, especially in extended games like that, you have to try to take resources wherever they are,” said one of the regulars on the edge of the field, Yacine Louati. Especially since the Blues ended up sticking their tongue out, with these five sets against Brazil chained less than two days after an intense match against Russia.

“We think of nothing other than keeping our level, our desire to play, find recovery and dynamism,” describes Laurent Tillie, aware that the thing remains fragile. “Did you see how it goes in sports?” he pretends to question when we alert him to what the pebble in the shoe might be. Have you seen Djokovic? Have you seen the Chinese Olympic champions (Editor’s note: volleyball) who certainly do not come out of the pool? We want to stay in the flow. “The one who led France to its first quarter of the Games.