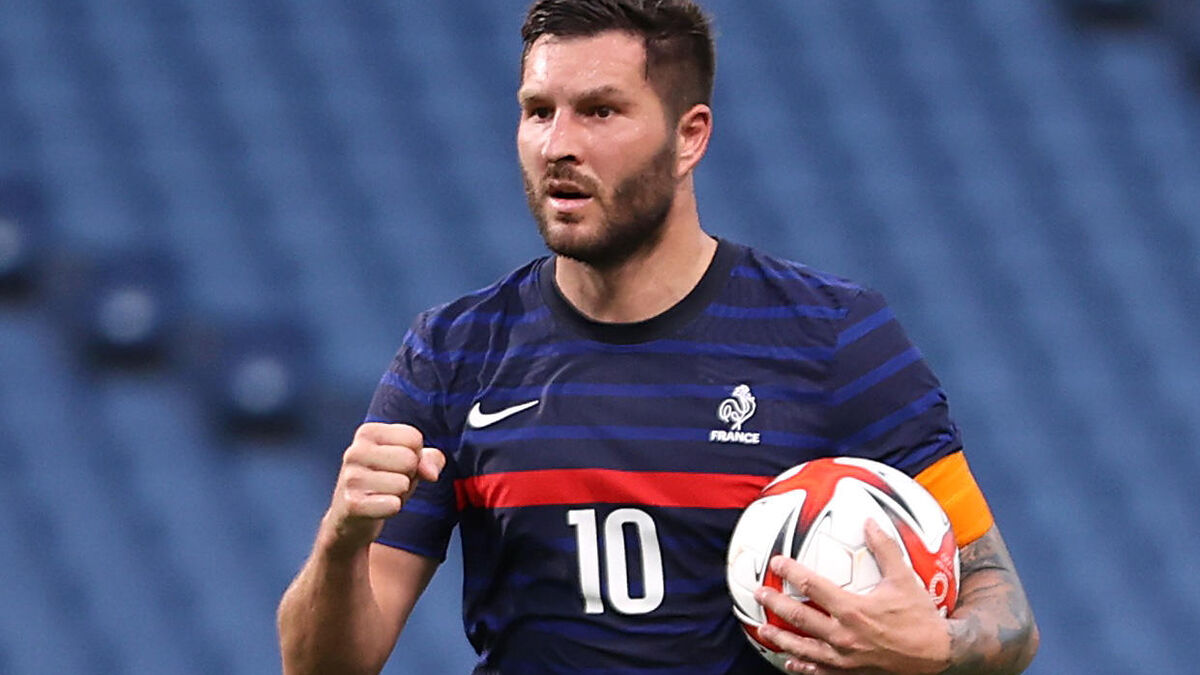 History does not say, yet, if Sylvain Ripoll flew to Japan with Didier Deschamps’ favorite animal. But for its return to the Olympic Games, a quarter of a century after the Makélélé generation, the French football team decided to play on everyone’s nerves. From the public who follow her in front of her small screen, but also from her staff and her opponents. Three days after a catastrophic entry against Mexico (4-1), it’s a crazy match, certainly the craziest of this beginning of the fortnight, that Paul Bernardoni and his partners snatched (4-3) from South Africa. “We went through incredible emotions, blows the goalkeeper of the Blues by ironing the 7 goals that punctuated the second period. But it’s going to have to stop, it can’t be Fort Alamo like that every game! A speech relayed, of course, by André-Pierre Gignac, the hero of the day, who kept the Blues alive thanks to his hat-trick before Téji Savanier signed the goal of victory which maintains the hopes of qualifying.

How do you analyze this crazy success?

ANDRE PIERRE GIGNAC. In the first half, we suffered from inefficiency. We had a few chances, too. In second, everything was packed. Each time, we put one foot on the plane back to France, and each time, we have a burst of pride, our ego speaking, and we return to the score to end up winning. It’s a great victory, a victory that feels good, brings us together. Above all, we offer ourselves a final against Japan.

You felt exhausted and yet …

There, we must not calculate when we are so close to returning home, we must give everything. Within five minutes, we were on the plane. At the start of the match, we could perhaps still try to analyze things. But there … We have to have this pride, this desire to surpass ourselves, to give everything. The proof ? In the 85th, we were on the plane and five minutes later, we offered “a final” against Japan. Football, as we know, goes quickly in both directions. It’s going to be a great final against the host country. We know that they are at home, that there are no more small nations, everyone comes here to do something and show themselves.

“I prefer a match like this, rather than a rotten 1-0”

After the energy deployed today, will you still have the strength to seek this qualification?

Against Mexico, we paid to see. But we were playing against a ready team, which has been preparing for three months, which was Olympic champion in London and which has yet to do something big. This is no excuse, but I remind you that we haven’t been there since 1996 at the Games. But we are here, we are still in the battle. It’s not going to be easy after today’s huge energy rush. But with the desire, the youth, the talent and the heart that there is in this team, we can do interesting things. In the first half today, we had a feeling of helplessness. But in the second, there were seven goals. It’s the madness of football. Me, I prefer a match like this, rather than a rotten 1-0, it was good to watch it not?

Is it the determination of the captain who spoke on your penalty?

Penalties, I’m not used to shooting them like that anymore (Editor’s note: in force) as against Mexico (from the inside of the foot at ground level). There, when I’m concentrated like today, it’s complicated to stop it (laughs). I’m happy, it’s a great victory. But we must try to erase the defensive fragility that we could have paid at the end of the match. We can’t leave guys like that, alone, at the near post. These are details that must be worked out.