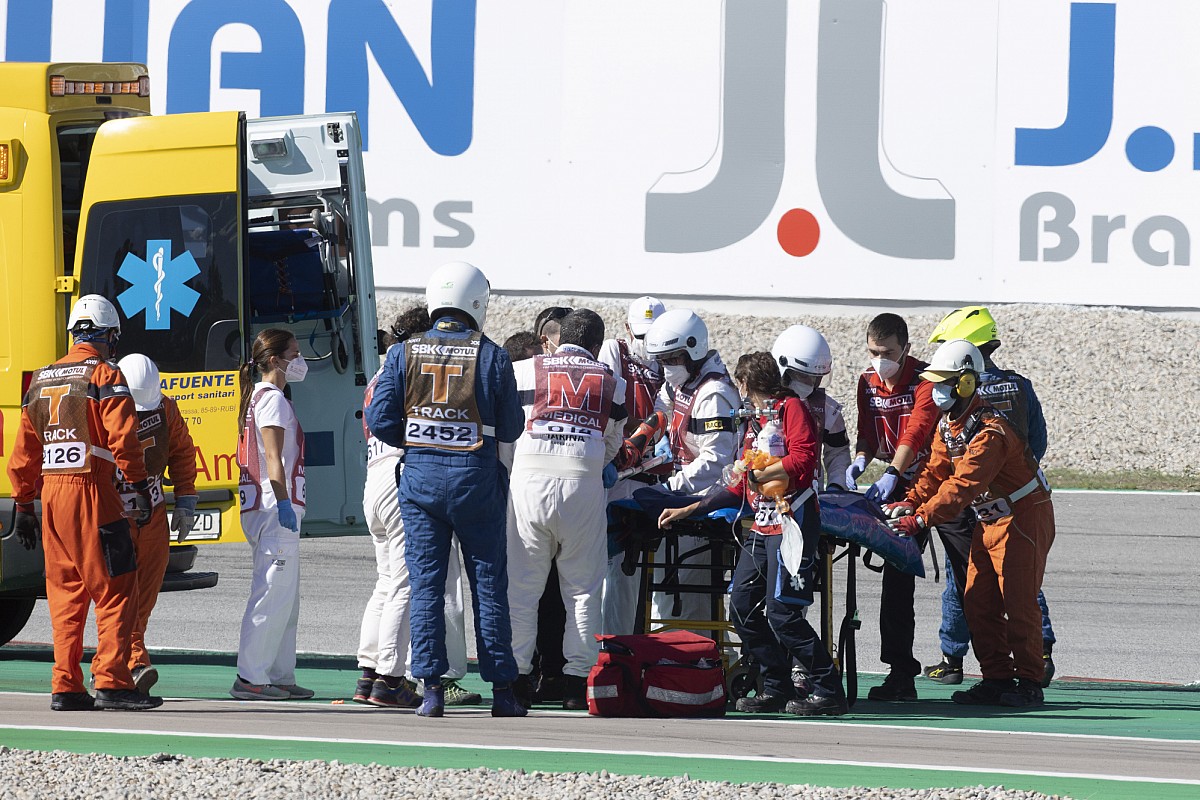 Tom Sykes will remain under observation for the next few days. The Briton suffers from a concussion after a fall in Race 2 at the Barcelona circuit, Lucas Mahias having been unable to avoid it. BMW has announced that its pilot is doing well but that the doctors still wish to keep him under observation, his discharge from the hospital being currently scheduled for Wednesday.

“We are in constant contact with Tom”, said Marc Bongers, director of BMW Motorrad Motorsport. “His state of mind is good and his nature has taken hold, he jokes. We are delighted that he did pretty well in this accident. He remains under observation with a severe concussion, but no other. injury has not been diagnosed. “

The WorldSBK remains in Spain this week, with a new meeting in the south of the country, on the circuit of Jerez, whose first tests are scheduled for Friday. BMW has indicated that it “It is not yet clear if Sykes will be able to ride there” but a participation of the 2013 World Champion seems unlikely. The official team of the German manufacturer is still awaiting the verdict of the doctors to make a decision.

“Now we have to see how the next weekend goes”, Bongers said. “We will provide more information as it becomes available. We would like to thank the marshals, the medical team at the circuit and the hospital, as well as all the people who surrounded Tom so well after his fall, and who continue to help him. “

Sunday was marked by several heavy falls. Chaz Davies broke two sides after a collision with Mahias in Superpole Race, whileAlex Lowes was shot in the wrist after contact with Leon Haslam in Race 2.

Scott Redding and Michael Ruben Rinaldi won the two main races in Catalonia. Toprak Razgatlioglu, stopped by an electrical problem in the first race while leading in the rain, took back the lead of the championship by securing a podium in Race 2, while Jonathan Rea was having a more difficult afternoon.