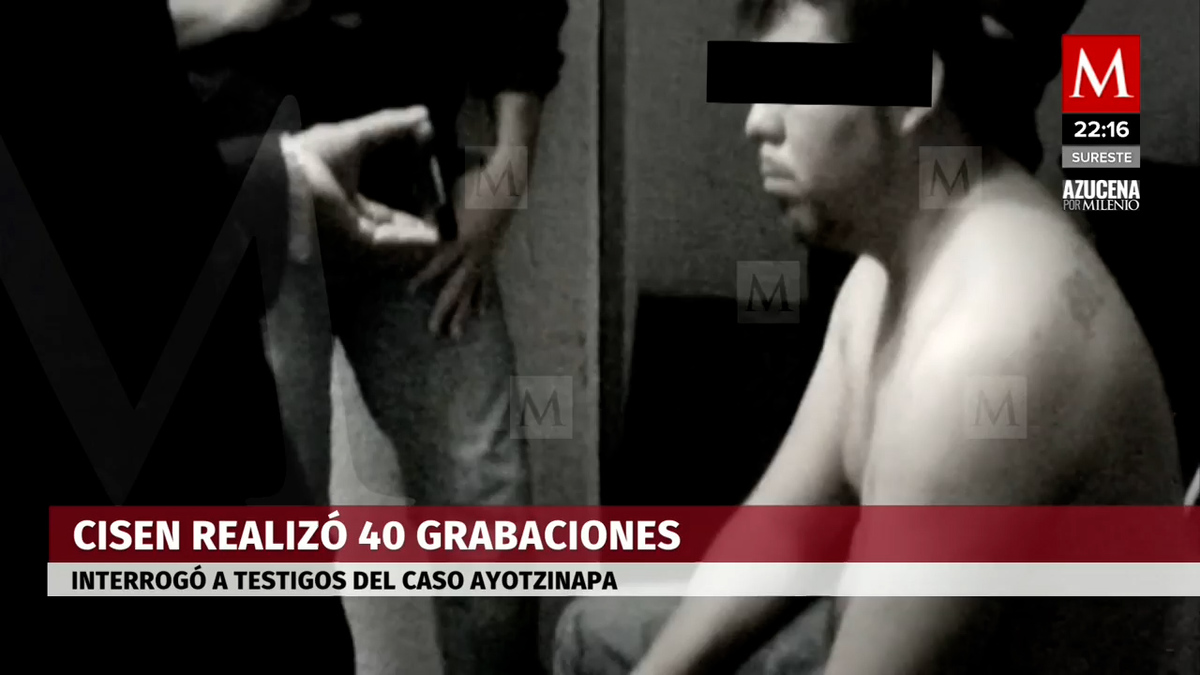 During the interrogation and torture of the detainee FRS, alias The brush, To who presented as the leader of the group that murdered and incinerated the 43 students of Ayotzinapa, Tomás Zerón de Lucio, then director of the Criminal Investigation Agency, used videos of statements made two months earlier by other defendants to get the witness to match his testimony with those of other alleged members of Guerreros Unidos.

MILLENNIUM had access to several videos in which they appear The Brush, The Chereje and other witnesses, who gave their respective statements under threats. At least five of the defendants are blindfolded and ears blindfolded, which constitutes “sensory deprivation” or “white torture.”

The European Court of Human Rights establishes that sensory deprivation is an inhuman and degrading treatment, while white torture includes extreme sensory deprivation and isolation, a practice suffered by some inmates of the Guantánamo prison, located in Cuba.

This allowed, in the press conference of January 27, 2015, Zerón to ensure that the correspondence between the statements of The brush with those of those same defendants, which he had made known on November 7, 2014, he verified their veracity, and thus he took for granted that his version of what happened in Iguala and Cocula on September 26 and 27, 2014, known as the “Historical truth”, it was proven.

Sources close to the Special Investigation and Litigation Unit for the Ayotzinapa Case assure that This harmony was fostered through violence.

The interrogation: “you already saw the videos”

During part of the interrogation of the The brush, recorded by the Cisen agent identified with the code JAMC_0981, it is observed that Zerón makes him look, on his cell phone, at recordings of the previous interrogations. This segment occurs from 02:32 hours on January 16, 2015.

It’s the end of the session and The brush will go to another office, where with the same dress and a red vest, meekly responds to a woman’s questions to give the confession as requested: these are the images that the PGR presented on January 27, 2015.

But Zerón does not want mistakes and, before leaving, he insists: “So you asked calm, you calm and we respect you, are you there? Then let him tell you everything you need ”, he goes to Ramírez,“ and if not, let me know ”. “Yes, sir”, “El Cepillo” bows. And Ramírez closes with the threat of handing him over to the enemy criminal group in Guerrero: “Yes, I already told him that if not, he will go to Chilpancingo so that Los Rojos can see him.”

Conference of January 27, 2015: “He himself confesses his participation”

“This arrest has been key in the investigation,” Zerón declared in a conference eleven days later, not only because “El Cepillo” would be the head of the interrogation operation, murder and cremation of the 43 students, but because “he himself confesses his participation, corroborating the facts previously narrated by his accomplices”; later, he repeats: “FRS’s confession coincides with what was narrated by other detainees, as we showed in the previous conference”; and insists: with his testimony “the coinciding versions of the others involved are verified.”

This video is part of the at least 40 recordings made by the Cisen of the torture sessions to which the detainees were subjected. MILLENNIUM It also has screenshots of the suspects BVM, JOC, PRL, SRJ and AGR while they are subjected to ill-treatment, between 8:00 and 11:00 hours on October 27, 2014. The time code is displayed ( with the wrong date in the BVM and JOC cases) of each and the code of the Cisen agent who videotaped, JAME-0741 and JAMC-0981. 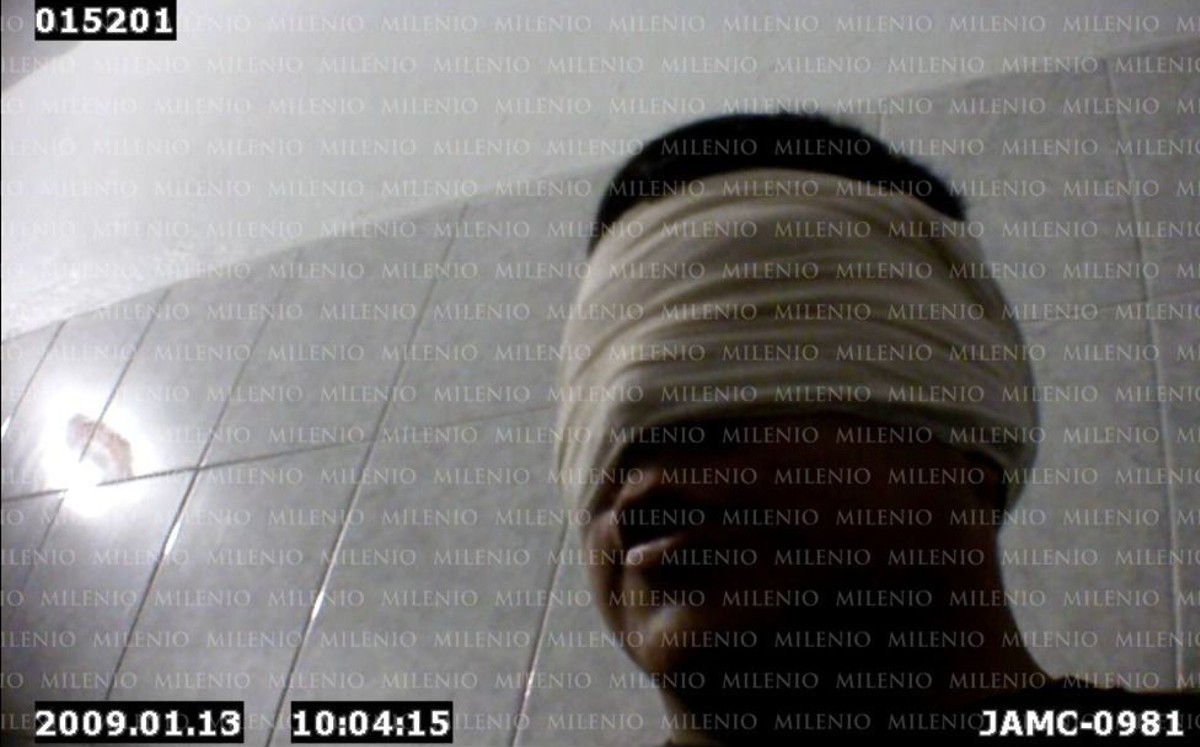 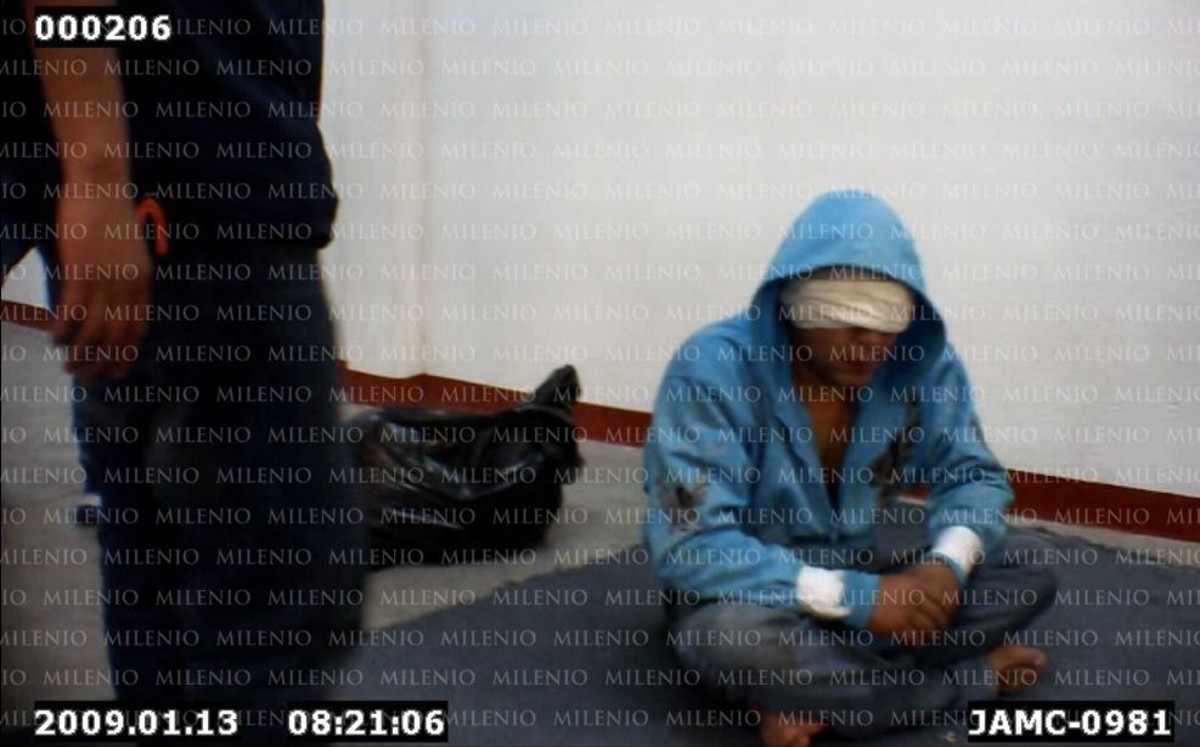 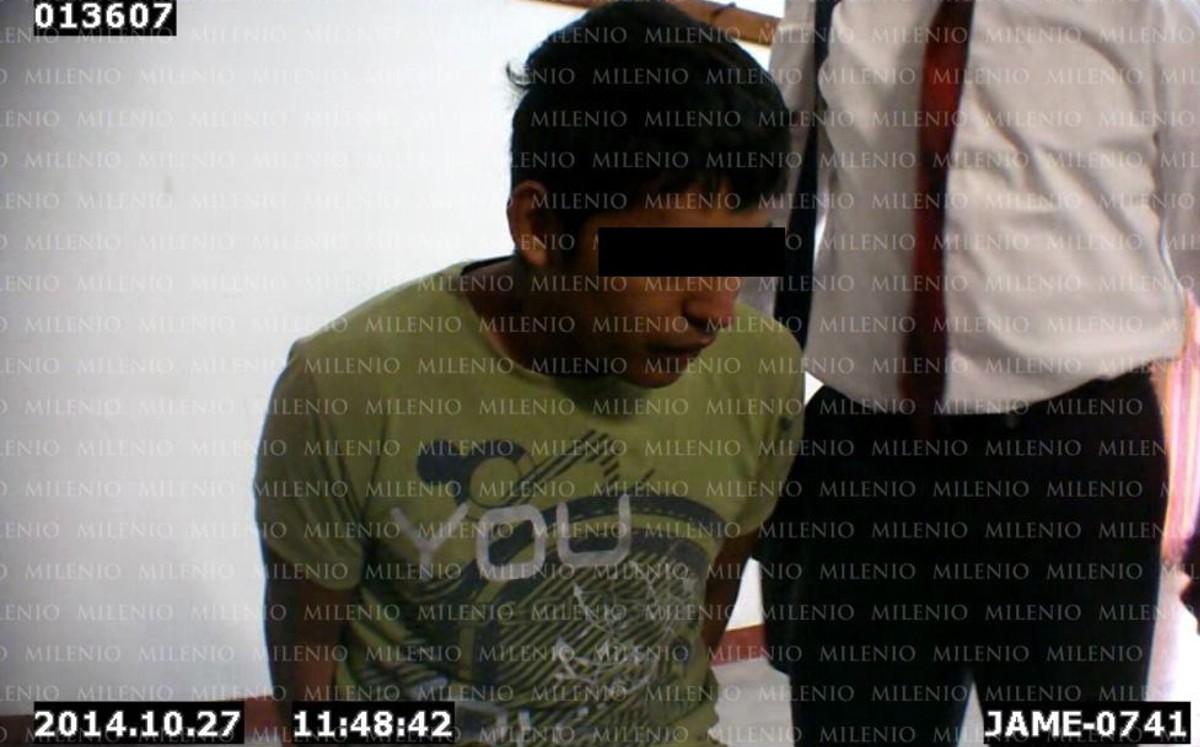 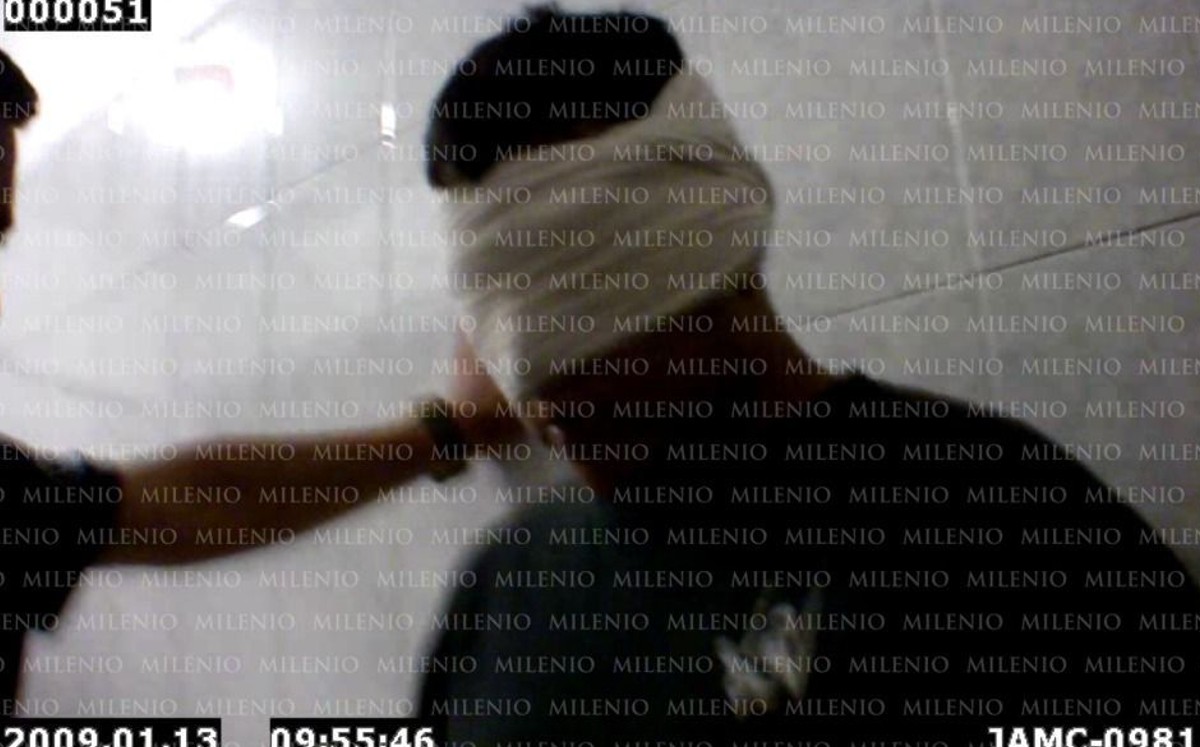 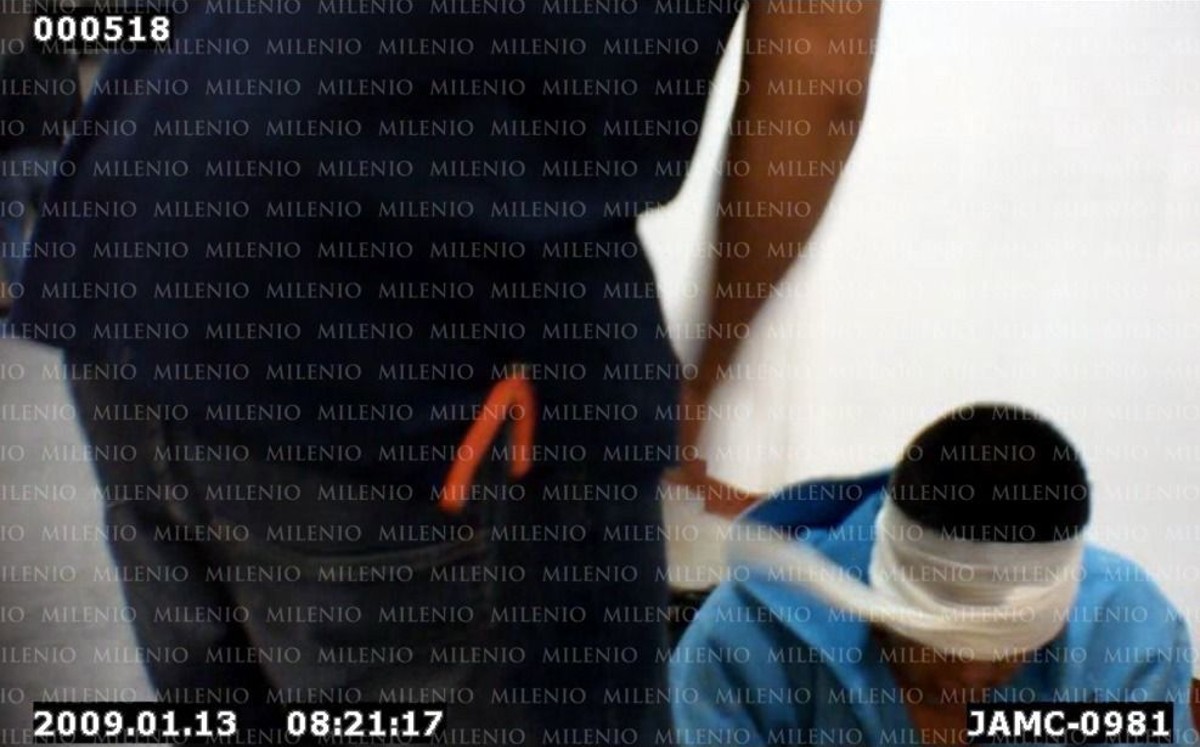 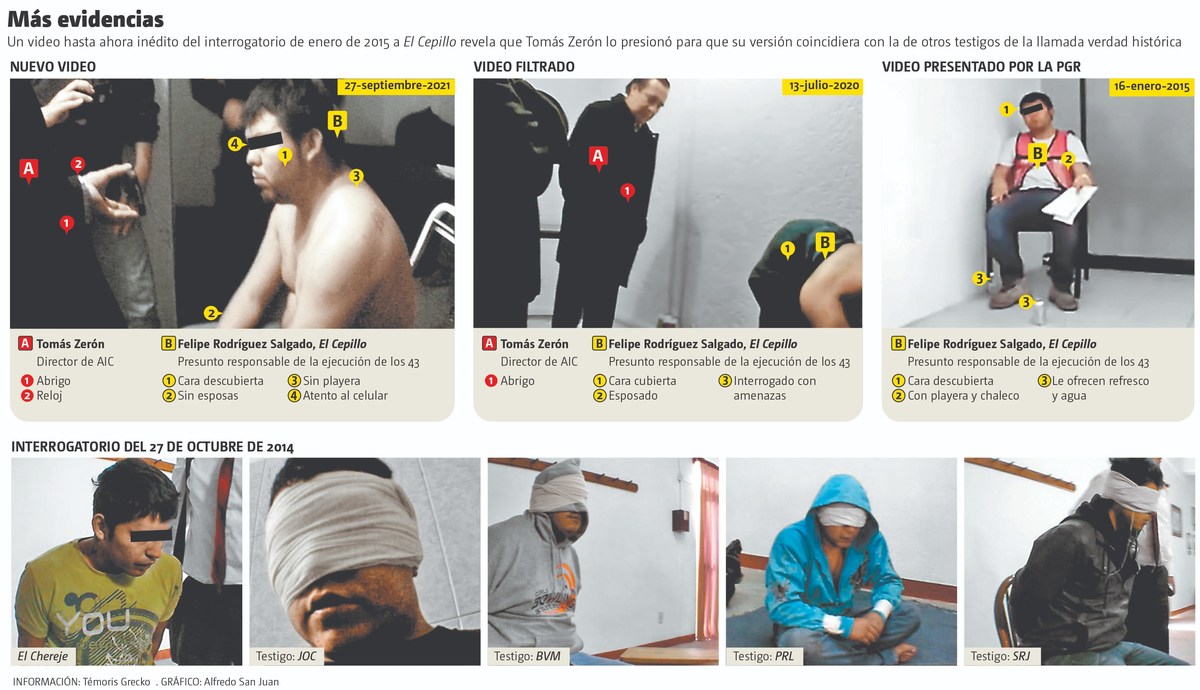 In the videos, witnesses are observed with bandages that cover their eyes and ears, while receiving threats. Amnesty International and other experts have pointed out that the absence of sensory stimuli causes a deterioration in brain function leading to hallucinations and nightmares, as well as signs of psychosis, anxiety and rage.

The case of AGR, alias The Chereje, It is particularly relevant because the Secretary of the Navy and the PGR officially registered that his arrest occurred later, at 6:00 p.m. The next day, The Chereje was taken by Zerón from his cell illegally, without records or meeting any of the requirements of the law, and taken to the San Juan river, in Cocula, to prepare the October 29 staging in which he supposedly led Zerón and pointed out where the remains of the disappeared had been dumped.