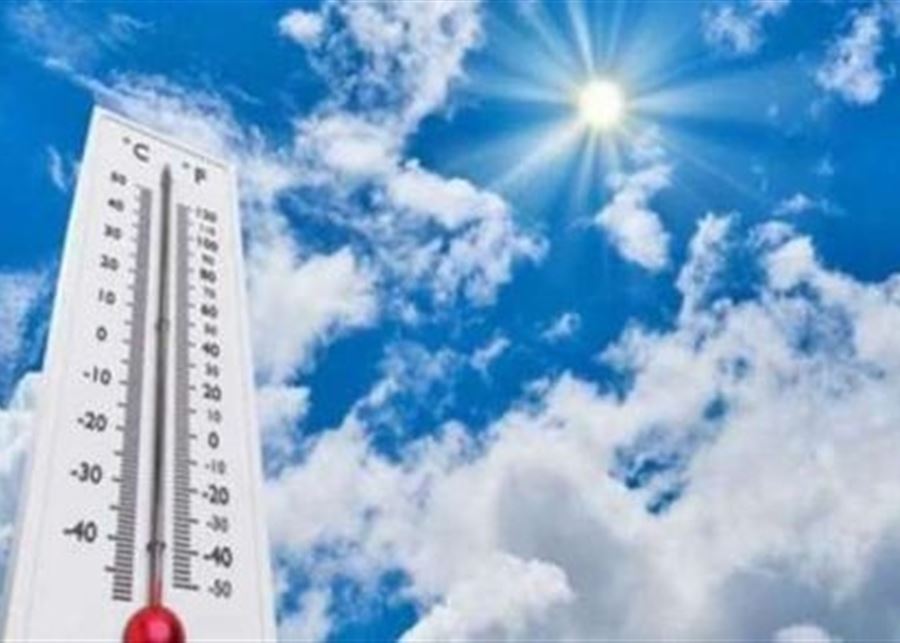 The Department of Meteorology at the Directorate General of Civil Aviation expected the weather tomorrow to be partly cloudy with an additional drop in temperatures, especially on the mountains, as fog will form on the heights, and rain will fall sporadically from the morning, and it is expected that the heavy rains will intensify at night and be accompanied Active winds.
It was stated in the following bulletin:

General status: The weather will gradually fluctuate over the eastern basin of the Mediterranean, starting from this afternoon, Wednesday, as a result of the control of an air depression, and extending until Friday morning, when it gradually stabilizes.
(The average temperature on the coast for the month of September is between 24 and 32)

– Expected weather in Lebanon:
Wednesday: A few clouds to partly cloudy with a decrease in temperatures, especially in the mountainous and inland areas, and light and scattered rains are expected from the afternoon, especially in the south of the country, accompanied by active winds at times. .

Thursday: Partly cloudy with an additional drop in temperatures, especially on the mountains, as fog forms on the heights and scattered rain will fall from the morning, and it is expected that the rain will intensify at night and be accompanied by active winds.

Friday: Partly cloudy with fog on the heights and scattered light rain during the morning period. The weather gradually stabilizes during the day and turns into a few clouds with a slight rise in temperature.

Saturday: Low clouds in general, with a slight rise in temperature, especially on the mountains and the interior.

– The temperature on the coast is from 23 to 31 degrees, over the mountains from 14 to 23 degrees, indoors from 14 to 29 degrees.
– Surface wind: active southwesterly, starting in the afternoon, with a speed of between 15 and 40 km/hr.
Visibility: Good on the coast, worsens at night on heights due to fog.
– relative humidity on the coast: between 50 and 75%
Sea condition: Low to medium wave height.
Water surface temperature: 28 degrees.
Atmospheric pressure: 760 mm Hg
– Sunrise hour: 6,20
– Sunset hour: 18,47