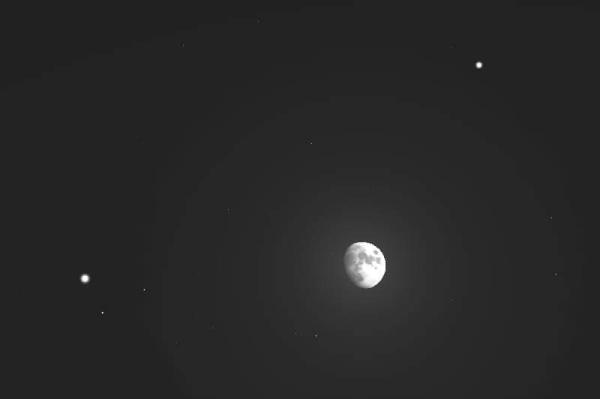 The sky of the Arab world is monitored after sunset today, Friday, September 17, 2021, the regularity of the growing humpback moon in a celestial triangle with Jupiter and Saturn towards the southeast horizon.

The head of the Astronomical Society in Jeddah, Engineer Majid Abu Zahira, described Jupiter as brighter than Saturn. The large ones known as “Galileo moons” are: Ganmede, Callisto, Europa, and Iowa, as they appear as small points of light near Jupiter.

He said: “As for Saturn, it will appear to the naked eye as a faint golden point of light, and through a small telescope it is possible to see its rings, which reached their maximum inclination towards Earth in October 2017, and its northern side is at the top of its clarity.”

During the rest of the night, all these bodies will apparently move towards the west as a result of the Earth’s rotation on its axis, but the real movement of the moon is towards the east with respect to the stars.