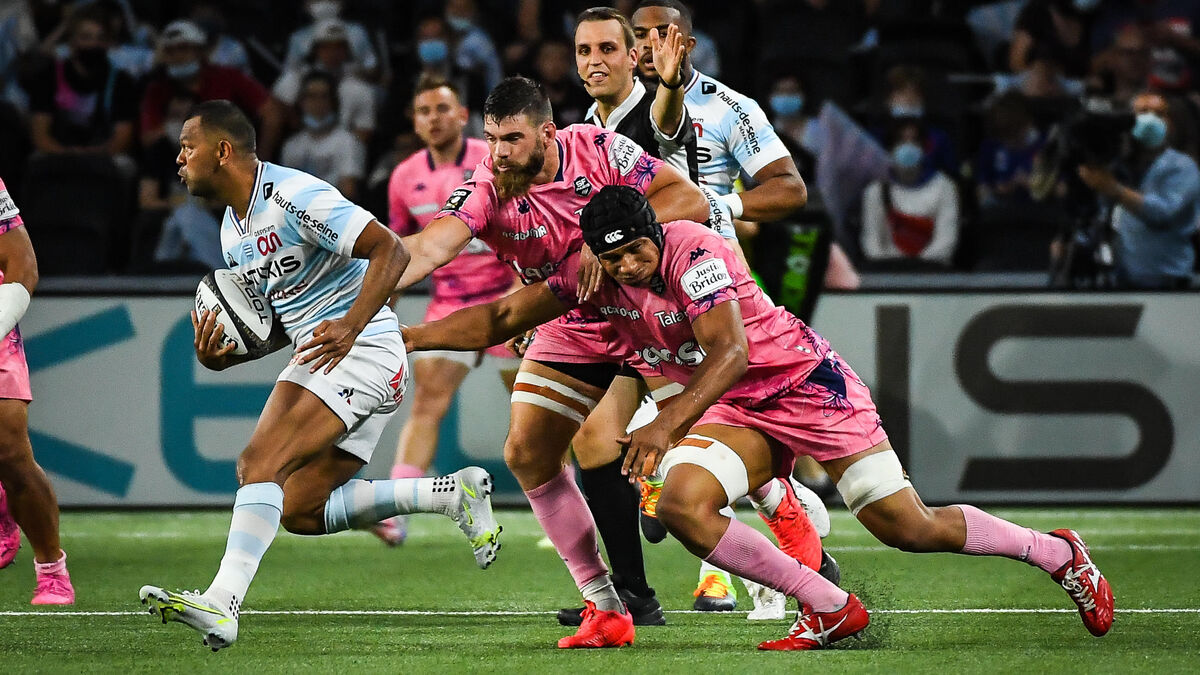 The Rose was withered, withered, tired of fighting for its survival for weeks. It was necessary to bet on the Sky and White to hope to see stars, masked, this Friday evening, by a roof which confined all the electricity generated by this derby. The auditorium, open to five thousand souls, has turned into a tomb for the Stade Français, out of breath, too feverish, too nervous. It has turned into a springboard for Racing 92, finally becoming itself again, and the big winner of this opposition between two teams who do not compete only to settle a question of regional supremacy.

Here too, we are talking about national destiny. It will not be for the Parisians, swept away (38-21) at La Défense for not having been able to stand up, even if their reaction in the second half suggested the extent of their pride. Gonzalo Quesada’s players had already celebrated their success. That of having returned from who knows where to come and hang in extremis the wagon of the first of the class, called to fight this June for a strange ornament fixed on a wooden plank: the shield of Brennus. A trophy awarded for the first time, on March 20, 1892, to Racing, winner of the Stade Français (4-3).

We are far, very far from these beginnings in crampons where athletes in breeches revealed the calves of roosters. Today there is a lot more material around the bones. Customs have also changed. We can, for example, move from one club to another in high season, without anyone finding fault. Gaël Fickou had been struggling in the pink jersey for three years. In mid-April, he suddenly found himself in the camp opposite, in sky and white. The economy, the finances sent him almost in spite of himself to fight for other colors but we should not summarize this single rider of Racing to a single transfer, a single defector, however brilliant he may be.

Danty, Segonds, Hall, Macalou or Hamdaoui, the Parisians were simply cooked. Their post-victory celebrations against Bayonne last week had already marked the end of a bumpy but rather beautiful adventure. “There have been ups and downs”, summed up Thomas Lombard the general manager, author of a rant at halftime, who put the liner adrift in the right wake. It now remains for him to bring it to fruition, which will not be the easiest.

Racing has been looking for a dip in it for a long time. He too experienced the intoxicating bathing in warm waters. It was five years ago, on June 24, 2016, in Barcelona, ​​in a packed Camp Nou, facing Toulon. A single title of champion of France in the modern era for a team so powerful, so rich, so well structured, it is not much. There are two games left to enjoy it again. The first, against La Rochelle in the semi-final in Lille, next Friday, will not be the easiest.